I’ll add that when I asked to come here he said, ‘just don’t do what the last guy did and fill your holes.’ Be mindful that your actions affect the next yes or no people. 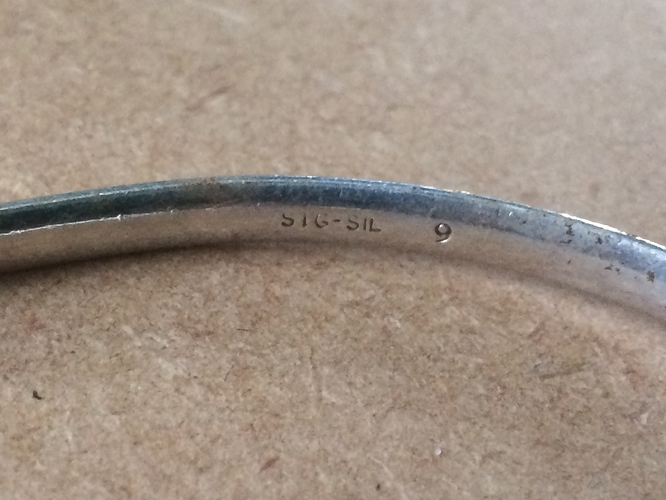 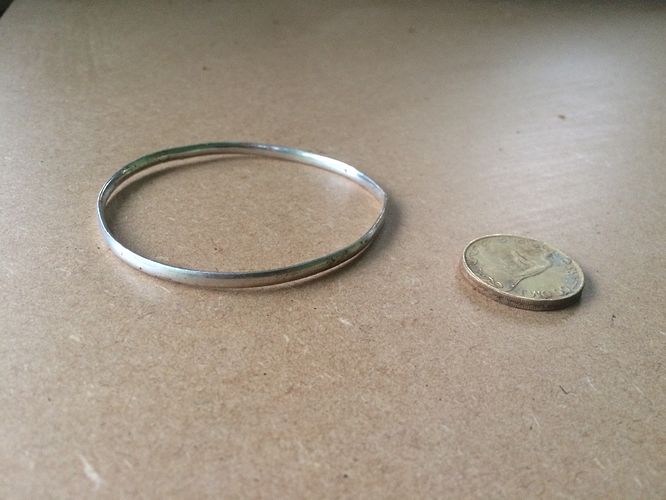 Nothing too exciting in terms of finds, I do wonder what the dimpled cap is, it’s threaded so it’s not ‘of age.’ 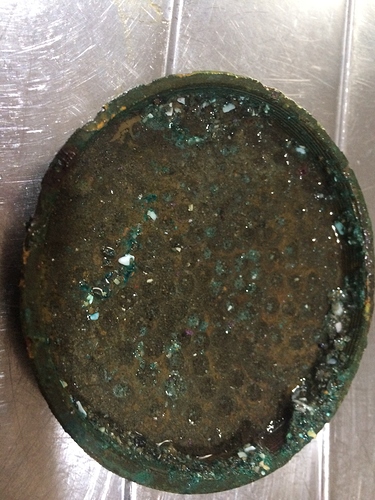 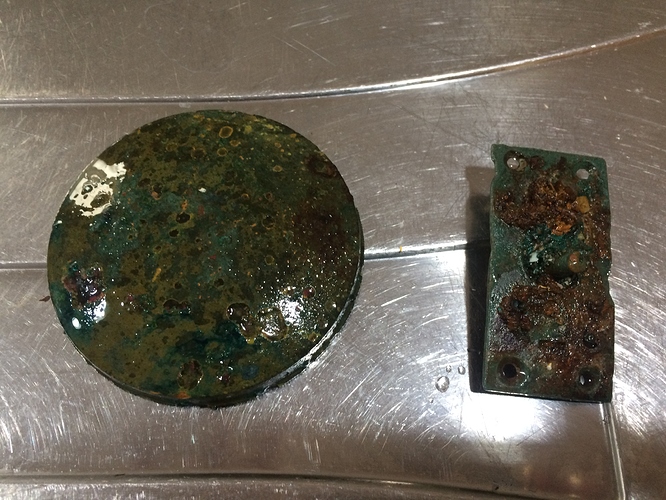 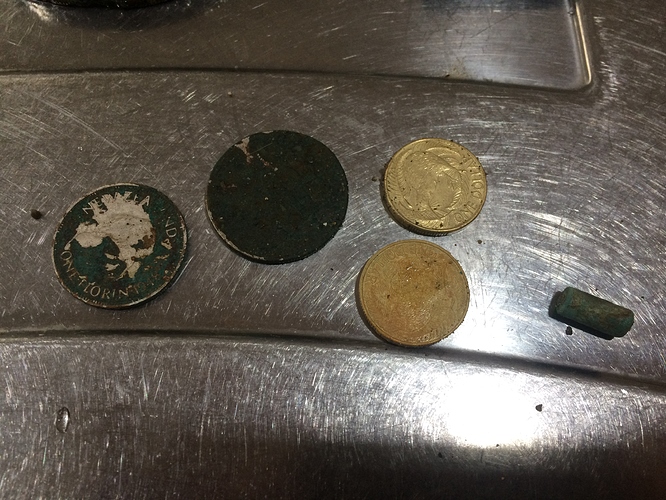 But I was disappointed to find that a great big chunk of suspected ship wreck midden (certainly pings, big metre x metre chunk of clay, shells, crap and rust and things and stuff) had been broken apart, after it sat on the beach for six months in the winter when only I am brave enough (or stupid perhaps), and the visible copper, very fancy light fitting, taken. Simple math, half hour of smashing x what you think your time is worth + 60,000 fine - the 3.60 per kilo (of which the light fitting may have made 1 at a very generous guess) = not worth it. And nobody touched the riveted tin smoke stack (which I’d be rather interested to know from which wreck it has come from (currently buried but wasn’t all winter)).

I found Jesus (last year) and the ring that I just had returned from the Police lost & found process…My first yellow gold ring, and it fits. 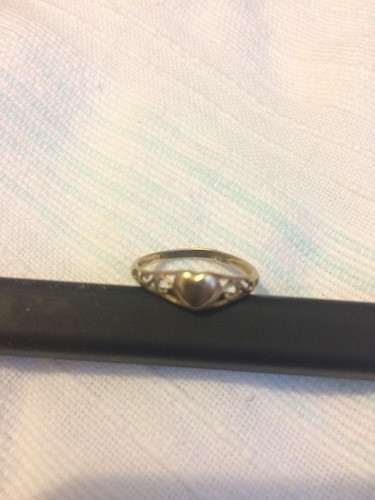 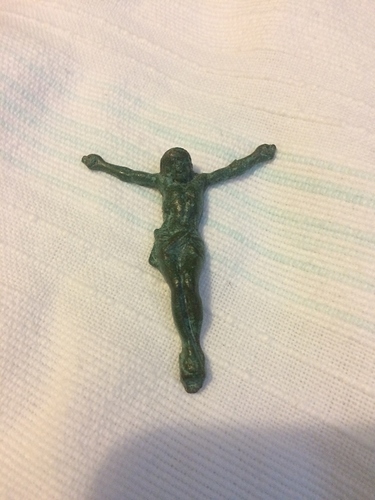 It was buried, maybe 2 cms down near the main kitchen area at the campground so possibly lost last year or the year before after a good night (signs up there ask people to vacate by ten pm now), a bit bent but functional. Now in the care of the ranger. I’m banking goodwill for greater expeditions.

Mostly pre-decimals for Waitangi eve & day…Check out the headless horse. Has a possible bakelite/terracotta bent to it, not today’s plastic! and not Minoan. 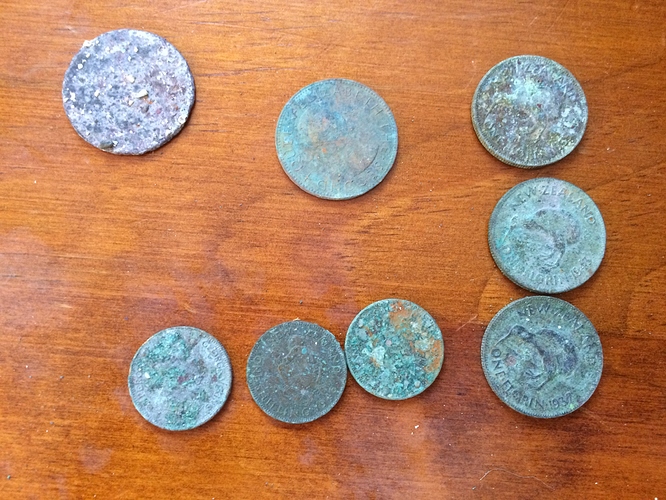 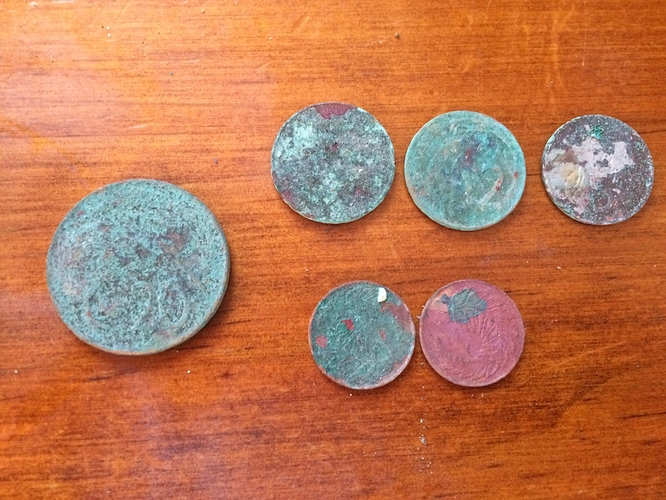 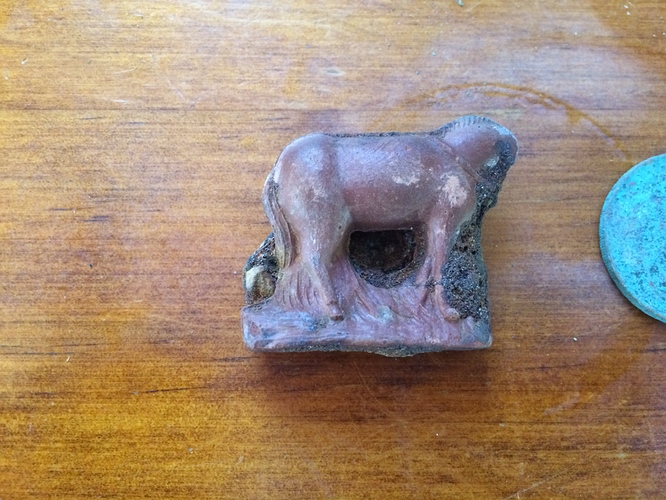 Disagreeable weather for the kind of sand fun I am into, and definitely not conducive to throwing a sovereign on shore so after determining I have a higher than some probability of finding one, I went through my mass of 2 cent coins that I had never looked through with much hope in hope of a Bahama Islands coin as…“Around 600,000 two cent pieces were individually inspected, of which some 60,000 were ‘mules’, mostly in the Wellington region.”

A couple are so corroded we will never know, but no such luck at this stage.

years ago i had a 2lt ice cream box full of 2c coins looked thro every one no mule,wieghed them in as copper. 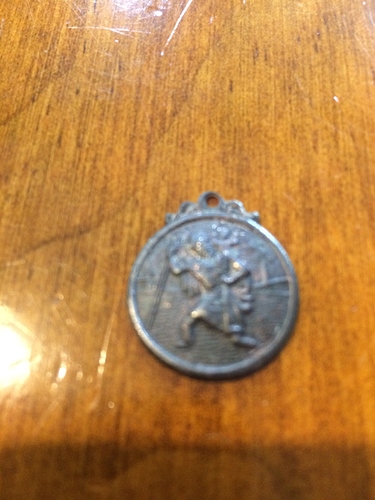 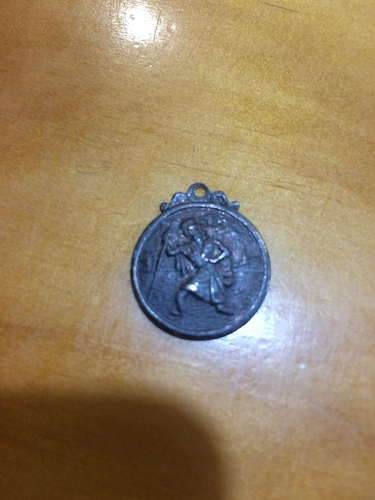 I dont know about finding any Bahamas one but the other day the bank gave me a new dollar with a 1 cm huge cud on it plus a new $20 note with a ghost image of the Queen.

Note huge ‘cud’ behind Kiwi’s tail and covering the leaf. 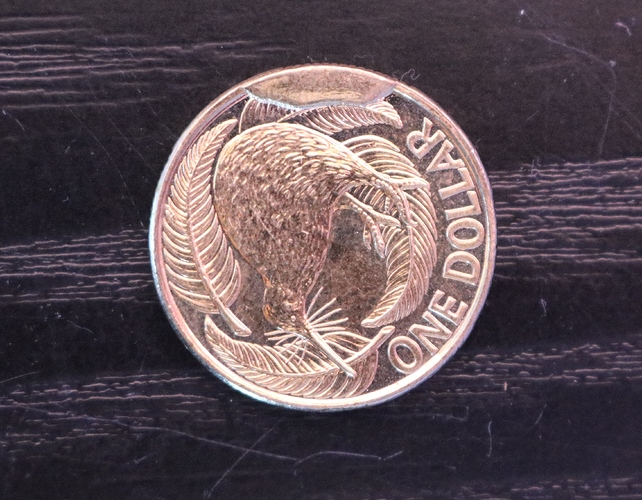 South Island briefly…Sadly I will forever remember this Christchurch park for its can slaw, tubs of Vaseline, discarded undies and dead gulls. So amongst all that action no coins dropped? Definitely a recession. 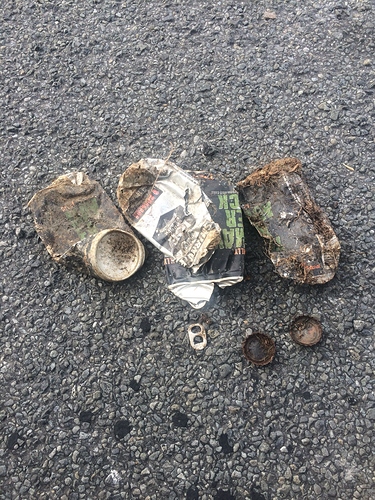 Suburban park was a bit better, astonishing amount of broken glass though, at least showing some coins out of circulation. If I’m back I’m planning better for a permission so I can get a Pratt token. 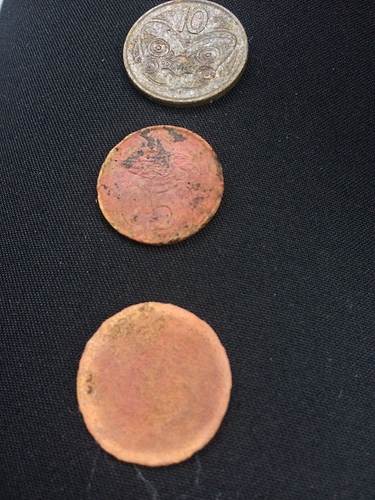 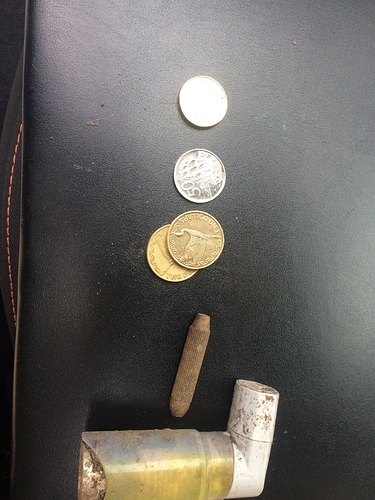 Maybe this is of interest to some…Free 6 week intro. archaeology fieldwork course because it looks like they had to cancel their digs. https://digventures.com/shop/how-to-do-archaeology/

Lockdown test pit dig with a totally IRON find I think is horse and cart related? (help!), 1m down on an urban section in what looks like old incinerator garbage pit (if you look you can see dark areas in the subsoil hinting at it, in fact lots of crap worked its way through a 1960s effort at landscaping and topsoiling) (loads of charcoal, ashy mud mix a good kilo of glass and crockery of mixed era) 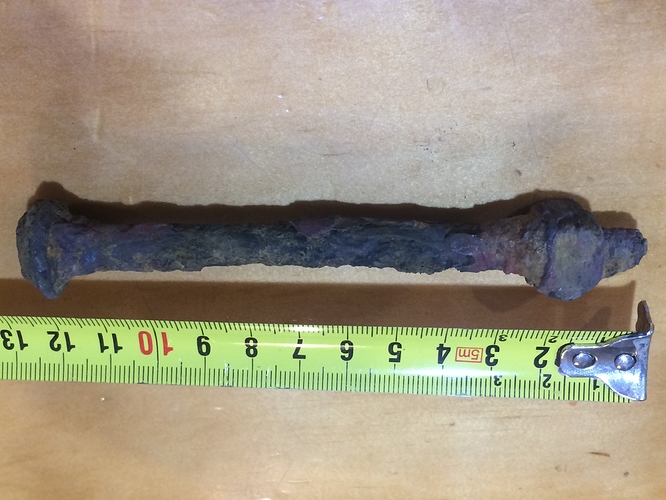 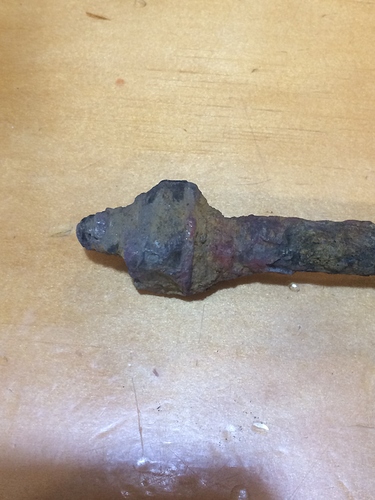 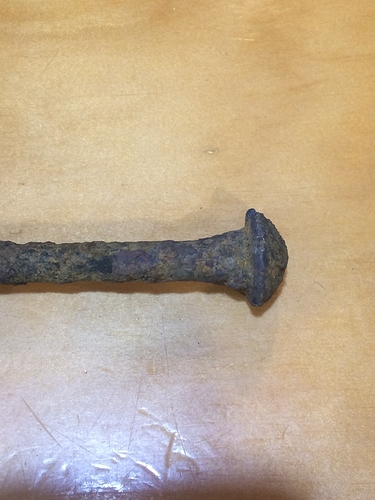 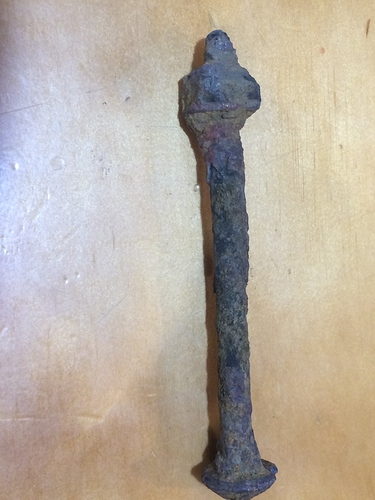 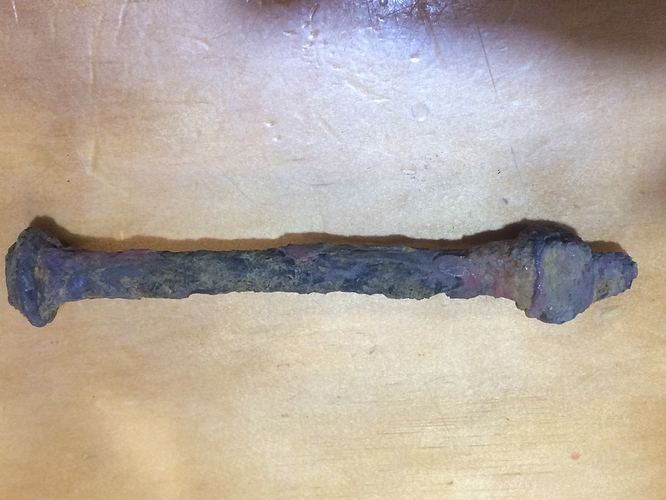 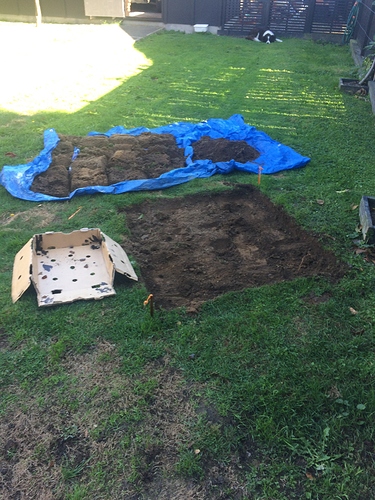 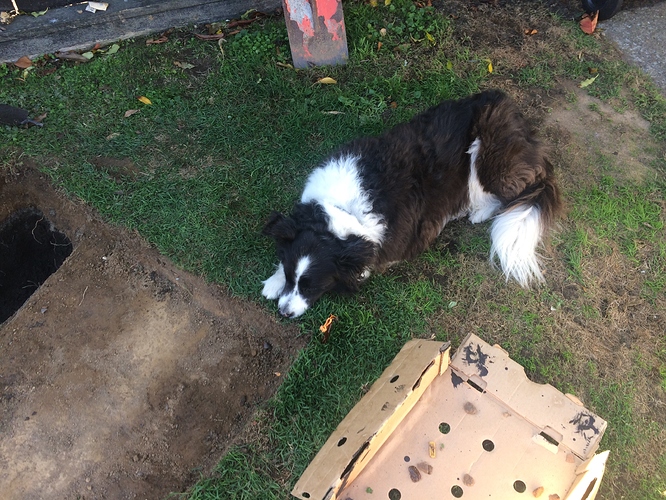 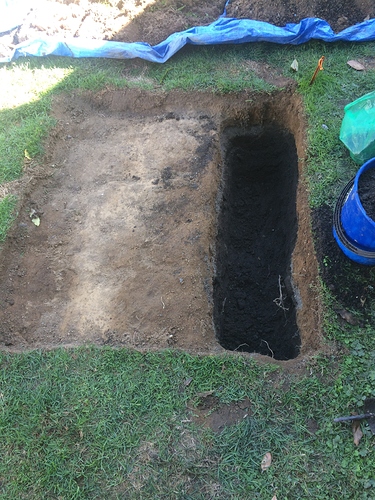 I think you are digging up an old long drop.
if you are interested in that stuff come out with me its all I bloody get

I have my doubts about that because:

But in some respects maybe you are right because:

It’s undecided.
I am going to clean up some more of the metal finds and I will post them.

I also get to dig the former 1930s ish old garage site on that property before the concrete goes down later in the year, score! I have already found Colonial ammo Co. rounds close to the surface there.

I am in Wellington if you can make it. 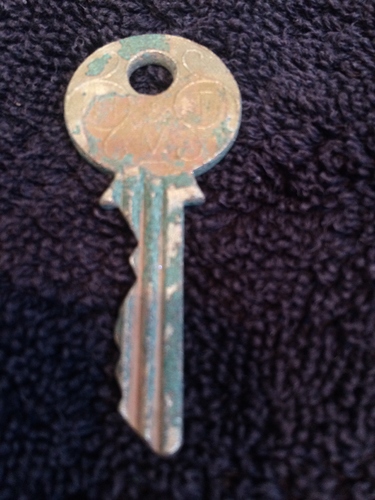 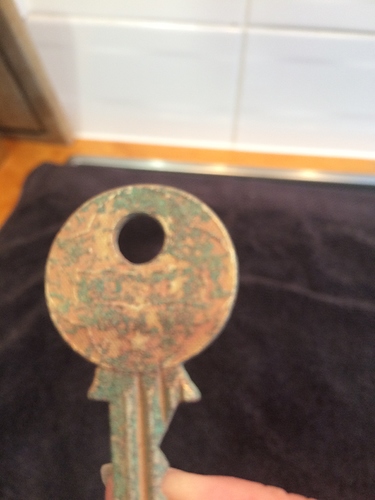 I think the iron find is a coachbolt, which would be consistent with your theory about horseyness.