Out at first light, to see what the party gnomes had left for me. Fewer bodies strewn around the beach sleeping it off than last year.
Eyeballed a couple of $10’s not far from each other as soon as I hit the sand.
Pickings ended up being relatively slim though, $7 in goldies, with a phone and big gold ring being the finds of the day. 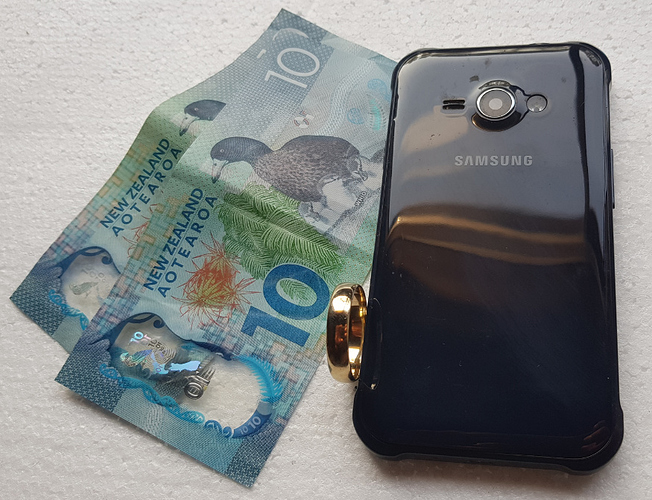 Beautiful morning out there.

Well done Mud. There is nothing slim about that result.

Great start alright…I only managed 4 square nails today from a 1800s site then decided it was too hot and the soil too hard so headed for the easy chair!

Hit the second tide for 01/01 last night - Was hoping for another ring, but very happy with bycatch. Mint condition Jaw Harp, still with remains of reed on this one (my third in nearly as many months), 1973 Seiko automatic divers watch (seals failed sometime in the last 40-odd years…) and what I thought was my first milk token, turned out to be Chinese coin. Too crusty to ID unfortunately. 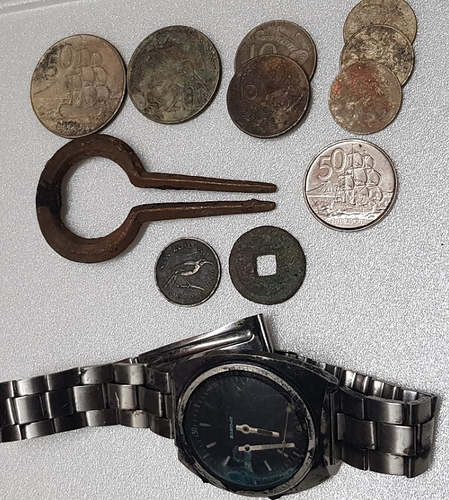 @Coilpower To be honest, best couple of hunts I’ve had in a long time…

Nice you definatley have the spots

Nonetheless…inspirational! We all have good and not so good days…then there is those Holy C…p days!..

Hunt #3
Brand new iPhone from out of the waves, still fully functional and no apparent water ingress!! - Owner was therefore tracked down in about an hour or so, just before they left the district to continue their holiday. 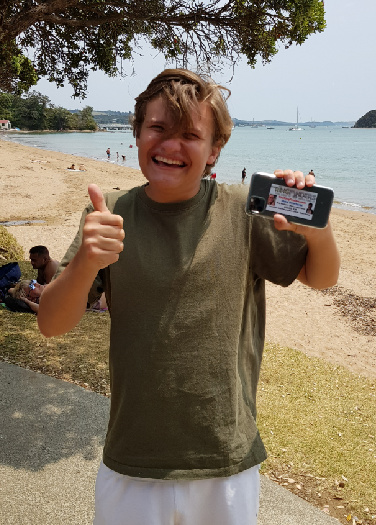 And was later accosted by a couple of tourists stranded and stressed after they lost the only set of keys to their camper…“somewhere” on about 1.2Ha of beach! SAR training kicked in, got the PLS, DOT, worked out some POAs and had the keys back to them after about 30 or so minutes. Boom. 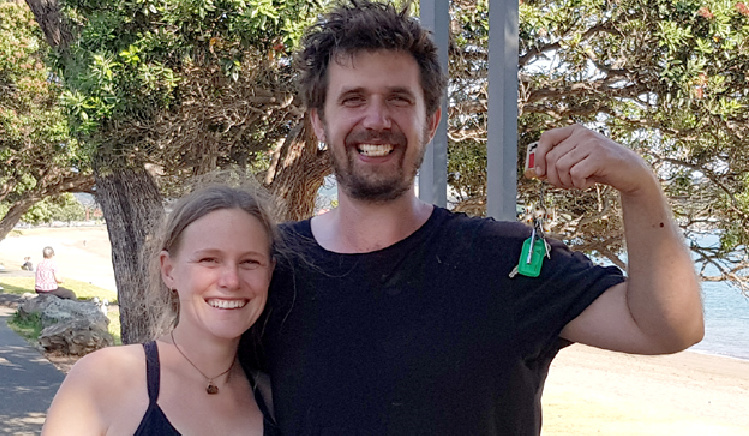 Hunt #4
Caught up with an old mate, neither of us had realised that the other detected

Headed to a couple of previously productive spots.
I continued the musical theme with my first INTACT harmonica from deep in the ooze. 1940 Boomerang. The wood has the constency of congealed porridge so after the pics, it started its long journey to immortality (rather than dying a twisty and crumbly death). Couple of bits of clay pipe, two muskies and a heel off a 19th C tackety boot with heel iron in place. Eyeballed a nice hand thrown mug/tankard fragment too, complete with the potters finger swirl on the base and up the sides.
Honourable mention to the peach stone, scoffed by some squaddie in the latter half of the 1800’s. Don’t think it’ll grow though. 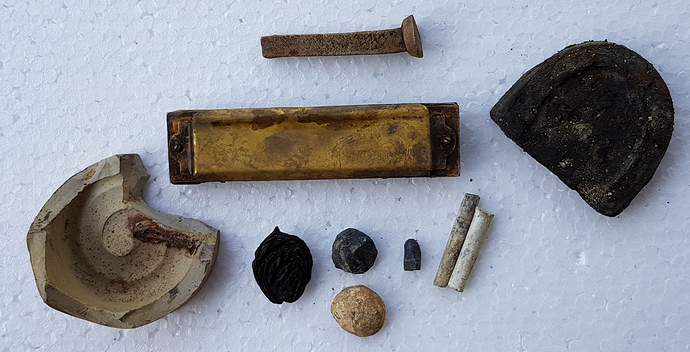 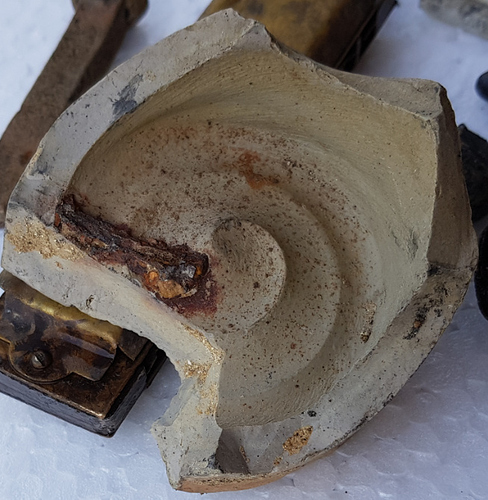 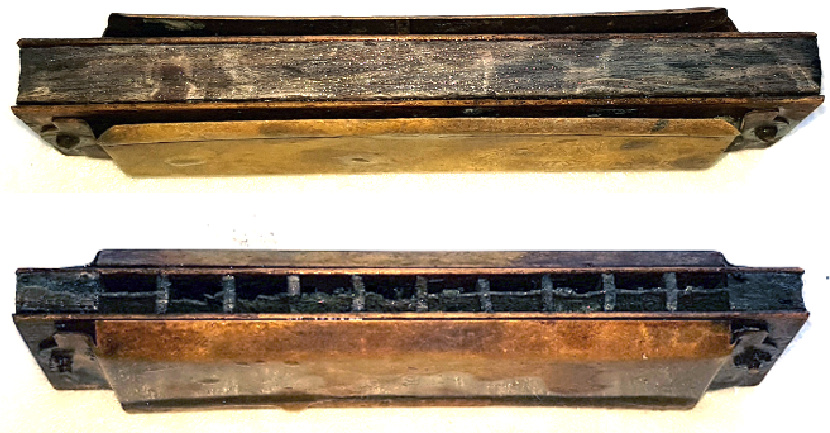 Hunt #5
Started out at my musket ramrod guide possie hoping for a bit more musket, but a mob of full grown Eagle Rays moved in as soon as I started wading, and after inadvertantly kicking one in the head I wasn’t game to play chicken in the muddy water.
Headed off in search of a ring at party central. Beach was very busy by the time I got there, so did a bit of rock hopping to a quieter ‘locals only’ bay.
Very hard going, lots of chaff, but ended up with $16 in goldies and a once-was-gold plated ring. After the photo will scrape the remnants of the GP off into my scrap gold leaf vial. Couple of Kiwi pennies and the usual decimals, no silvers there.
The quantity of lead and (deep) pulltabs suggests I was oh so close to a ring.
The rusty nugget bottom right looks interesting and “small hatchety”, will be putting some amps into that tomorrow to blow the worst off and see if it’s worth continuing. Carcass of pocket knife at bottom left is probably beyond conservation… 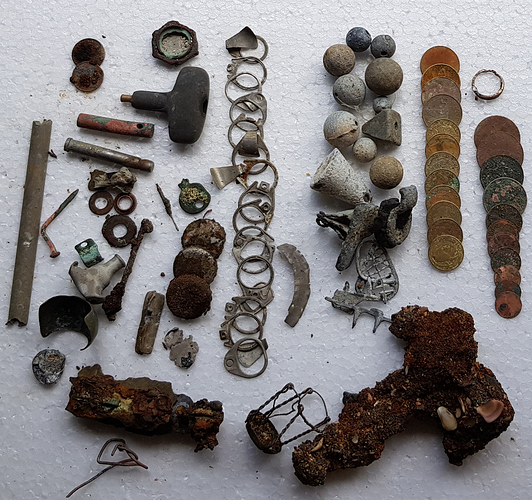 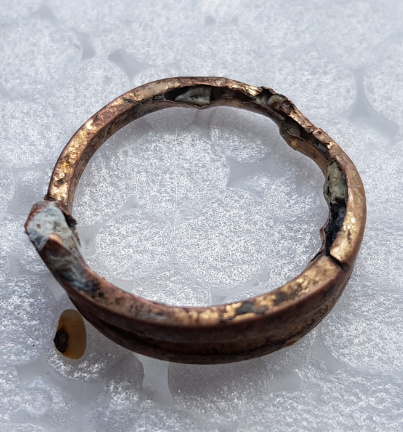 better luck next time on the ring front

And yet another tourist phone saved from the sea…! New record of 8 minutes from parking the car to towelling off .Now kicking back and enjoying some free beer 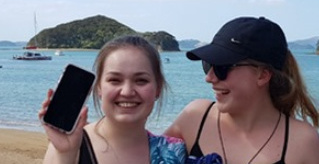 what a fabulus pair of rocks

Hunt #6
Headed back to a spot that has turned up a George 4th in the past, and was not disappointed.
Came away with a 1906 souvenir penknife from Blackpool Tower, still in electrolysis, a splatted three ringer bullet and another two G4s. A penny and my second farthing. Well rotted, but I’ll take 'em. 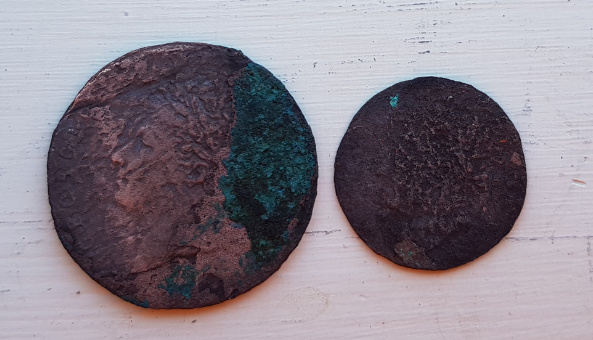 Then a couple of back to back recoveries. Standard gold ring in the tide and a hearing aid (damn hard to get any sort of signal on this) 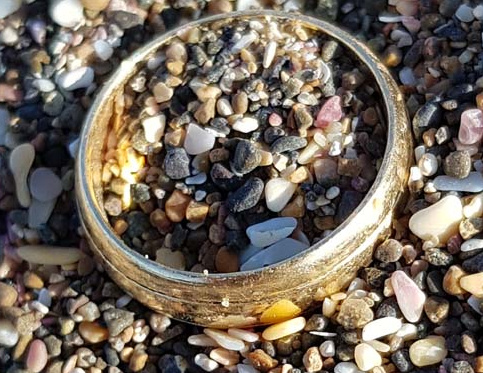 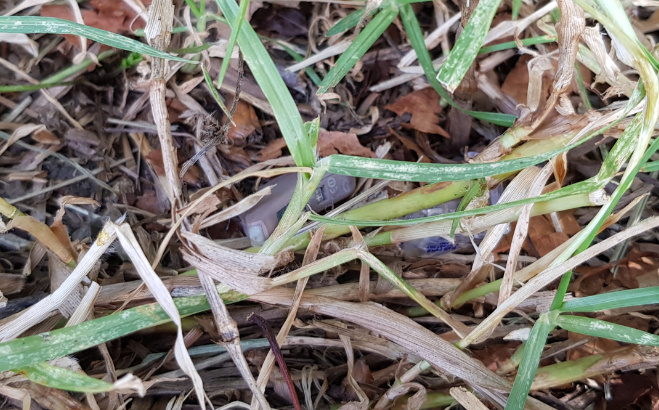 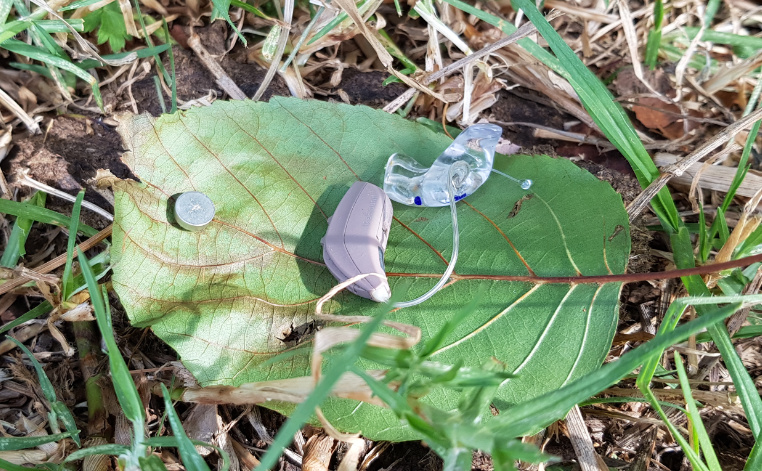 Nice one MW. Not sure about the hearing aid. It’s not on my bucket list.
Cheers

plenty of detail on the penny might clean up nice…

@musketballs Was a recovery job, lost in a paddock while shifting stock…Doubtful you’d pick one up if not actively hunting for it. Had to practically whack it with the coil to get a tone.

Wading to neck deep at the local, craters everywhere from the visiting pillaging hordes

Short break to find yet another dropped iPhone, only had a 5 minute head start in the ankle-deep wash so was a quick and easy find before I was back in it up to my neck.

Gave it an hour, but the rats had been very thorough.
Nothing to show other than a bag of pulltabs, foil, and a lone $2 shop plain stainless ring.

Have to swing to hit the ball though.

Quick swing along the bank of a swimming hole netted $8 in goldies and a big 925 and moonstone. 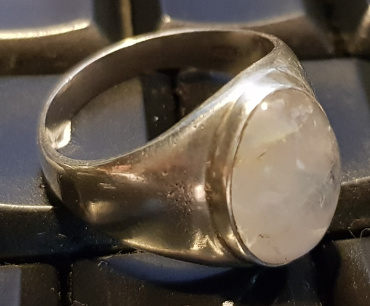