I was just recently introduced to the Frenchmen’s Gold lost treasure story. Hadn’t heard it before and was quite intrigued!

Anyone else know any details about it? Cool that NZ has a proper buried treasure to find! Not that I have any intention to go looking for it myself, just like these sort of lost treasure stories.

And Musketballs. I shared with Gavin and John a small bit of copper treasure. Only after I made them swear on a bottle of Speights and a can of bourbon, to not say a word.

That’s okay Trev. I trust your judgement, Spend a penny.
Thanks for keeping us updated on KiwiKeith, much appreciated.
MB

I’ve got a bit of info somewhere here Gavin. Will try to dig it out and past on.
MB

I don’t think I’ll go treasure hunting myself, just interested in the story details. I’ve been told the Arawata Bill book has some more detail in so I’ll chase that down for a read.

Quite curious what the General Grant’s Gold story is now though!

Likewise what I told you & Gavin about The Frenchmen’s Gold. Mums the word.

And Musketballs. I shared with Gavin and John a small bit of copper treasure. Only after I made them swear on a bottle of Speights and a can of bourbon, to not say a word.

And what a great story & find, & to have held it in my hand. Don’t worry Musketballs. The story is totally safe with me.

Here is one of the stories. This from Papers Past:

Well kiwijw youre one of the few in nz with the gizmo detectors and exp to find buried treasure, off to the swamp as a human sacrifice to those horrid west coast sandflies i rekon.

Here’s another abit closer to you ChCh boys. 300 sovereigns awaits. Just need a boat, sonar, Excal 11, fight the silt, Hector dolphins brigade and what ever else but the beauty of it is 300 pre 1840 sovereigns.
Enough to get your juice’s going.
HH
(and let me know if you find them 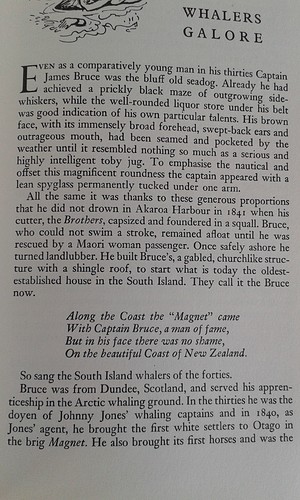 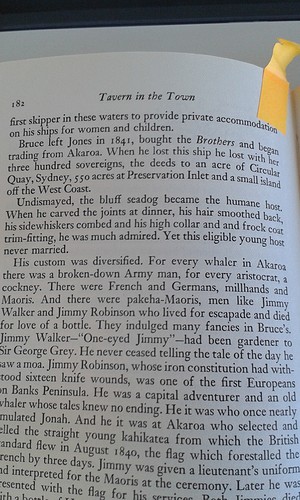 Chapter 6 & 7. Some stories have the Frenchmen’s Gold story & the Lost Ruby Mine mixed together. Which is what has been confusing & probably put people off the trail of the Frenchman’s Gold location & why it probably hasn’t been found. Or has it?

Here is another article:

In the early half of the nineteenth century it was customary for vessels visiting New Zealand to make their landfall at the Cascades (South Island); those three gleaming ribands of water being so distinctive as to preclude any danger of confusion in the similarity of landscape.

During this period a French barque, carrying, in addition to a general cargo, a considerable amount of specie, arrived off the Cascades. Her crew had mutinied and the five survivors of the well-contested battle took to the beach, carrying with them in many trips the gold which formed the most valuable part of the loot.

Transport and roads being alike nonexistent, left them with no alternative but to bury the swag in a cave and pursue a painful and perilous journey to Greymouth by way of the beaches. Sodden with the continuous crossing of flooded and treacherous rivers, lumpy with the bites of mosquitoes by night and sand-flies by day, and staggering on the verge of exhaustion from a diet whose basis was shellfish, four of them ultimately reached civilisation. One of the party, unable to stand the hardships of the trail had fallen sick and taken shelter in the pa of some friendly natives. He was the lucky one, his companions being apprehended and handed over to the captain of a French warship, who incontinently hanged the lot of them.

The sole survivor of the gang later reached white men’s dwellings and settled down in the district where Westport now stands. His honesty may be taken as read: his poverty was indubitable, inasmuch as he was never able to save enough money for the charter of a vessel to pick up the hidden loot. Dying, he handed over to his son a map with the necessary bearings marked on it, showing the locality of the mutineer’s bullion.

Ridicule provided an even more exasperating handicap to the son than poverty had proved to the father, for the West Coast miners to whom he went with his tale had gold enough and troubles enough of their own without fitting out an expedition to salve a hypothetical hoard which might well have existed only in the rum-inspired romances of the old mutineer. The tale gradually assumed the proportion of a legend and the Coasters refused to regard it as anything else. When it was mentioned they laughed, bought the mentioner a drink—and let it go at that.

It was left to the city whose residents spend the Saturday afternoons but keep the Sabbath, to outfit a party which left Dunedin and landing at Jackson’s Bay made a strenuous but futile effort to locate the treasure. The rusted remnants of their equipment may still be seen scattered about where they were abandoned.

In the immediate vicinity of the alleged “plant” the tradition still persists. Ask Arawata Bill, that lean old devotee of pick and gold-pan, and he will assure you with more or less lurid emphasis that the gold is there, that he has been within measurable distance of it, but—that tragic tantalising word!

Ask the Nolans or the Crons and they will laugh the idea to scorn— but curiously enough, with a note of belief underlying the laughter. True or false the “Frenchman’s Gold” is one of the accepted legends of South Westland.

Is it worth looking for? Who knows?

@musketballs lol, that one might be more in my reach then

It’s amazing these lost treasure stories that are starting to appear that I’d never heard about!

@kiwijw thanks for the extra articles, much appreciated!

Thanks JW
You’ve got more on the subject than I had. Nice work.

After several decades of living and working outside of NZ (30+ Countries last time I counted), I’ve learned far more about our Country’s history over the past 10 years than I ever did when I was young, and what an interesting history that is.

If only, at school, they had taught us about our fabulous Land, instead of disconnected Kings and Queens of the Motherland, and the USA’s ‘New Deal’, I may have spent less time staring out the window, dreaming of adventure. Stories of Arawata Bill, and Alphonse Barrington would have held me transfixed. Frenchman’s Gold would have had me absconding from home with a shovel and Dad’s gum boots.

A ‘travesty’, of sorts, which saw me leave in 1983, to find my adventures elsewhere. I hope things have improved since then.

There is a lot about our history that the powers to be don’t want us to know.

Interesting comment John. At a talk given by one of the people who did all the surveys to draw up the new geology maps of Fiordland etc someone asked if they had found any greenstone and the fellow stated that minerals had been found but they were not to be included on the map. I then said that “Your map is therefore sanitized or censored to leave out anything of commercial interest in order to prevent others locating them?” and he admitted that was the case.
Of course those in authority and who pull the Politicam puppet strings will have access to that information.

Concerning Fiordland, I have been told first hand of a professor/teacher or lecturer from the Geology dept of the University of Otago in Dunedin with a group of students doing a field study/reasearch in Fiordland. I cant recall the exact details of what they were looking for or doing a study on but it wasn’t for gold. But they did find gold & the Professor/ teacher or lecturer played it down to his students but over time used his position to get access back in there under some other excuse for going back in there. He didn’t of course let on about the gold but that is the exact reason he went back in & made a small fortune. So I was told. Of course Fiordland is a World Heritage area & any mining forbidden. Bloody good on him I reckon.

‘World Heritage’ stinks of Rothschilds et al patronage and control. That area belongs to New Zealanders so I say good on him as well.

1 less rothschild in the world lammy, old fart tipped up.