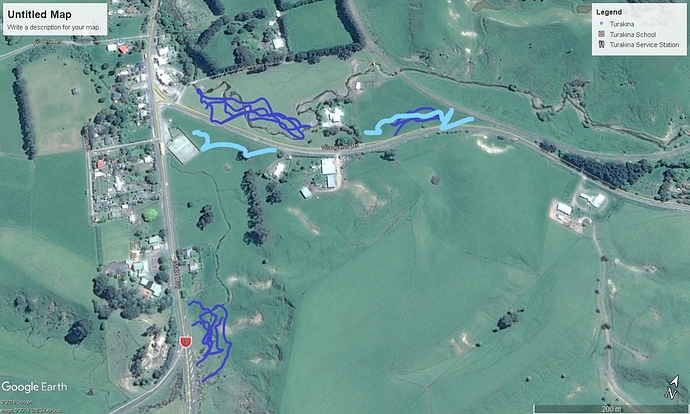 InkedMAP - Copy_LI.jpg1570×944 364 KB
I have had a very good discussion with him and scoured over numerous old aerial photos of the area and have pinpointed some very likely locations where it may be. I live in the South Island and don’t travel very well due to a spinal injury would anyone be interested in running a very powerful metal detector over the areas of interest orders anyone know where I can hire an extremely powerful metal detector to freighted to Palmerston North and I have been talking to a geotechnical engineer who has helped me in my quest kind regards to all sincerely Samuel Bennett
Mudwiggle January 9, 2020, 2:53am #2

The areas you have indicated generally don’t look (via Google Earth and topo maps) conducive to holding a motorcycle subsurface. The stream shown doesn’t look to have a capacity for regular large volumes of silt, and the path indicates a typically low flow. Without further info, if I had to stick a pin in the map, I’d go for the thin dark blue line top and lower left.
Assuming he overshot the bend, I would look further up the road. Generally vehicles don’t go straight out, they can also overcorrect and leave the road on the inside of the corner - all conjecture, based on the most likely scenario for a bike to go bush, but gives you an idea of search areas.
Any mid to high end detector with an experienced operator running full open on a 15" coil would pick up a motorcycle down to a minimum of 1m. A gold-specific machine would be ideal, as they run ‘hot’, however expect to dig a lot of holes… No need for two-box devices unless you’re talking multiple metres down.
Feel free to drop me a message if you want some Search & Rescue angles…

Do you mean ‘Turakina’?

yes he was riding north from palmy to Whangaegu 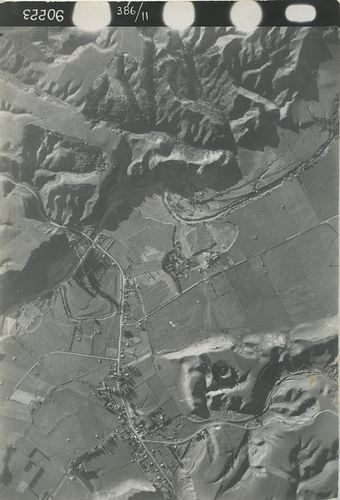 @longlostbike 1959 Topo… Will see what I have in the map drawer, but it’s not ‘my’ area. The drain intersecting the junction would be best guess for a ‘swamp’ description. 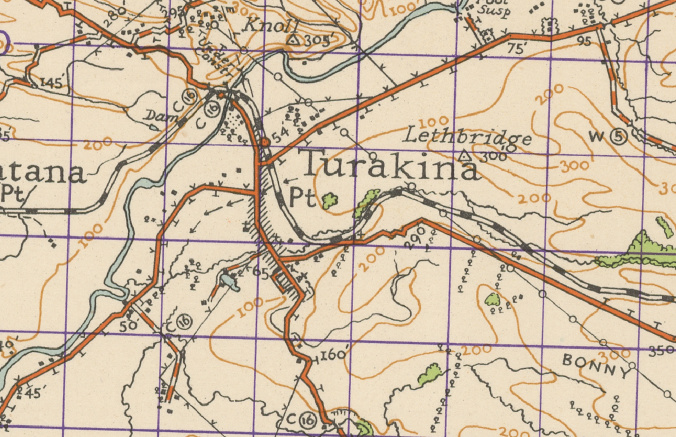 now that’s an old map . got the old typeset . reminds me of my days in the drawing office making those maps, working of the aerial black and white photos. we thought we were so cool. not like today with all satilight stuff. no such thing as a draughtsman its computer techs

Yeah, I miss the old inch to the mile. So much more detail than today. 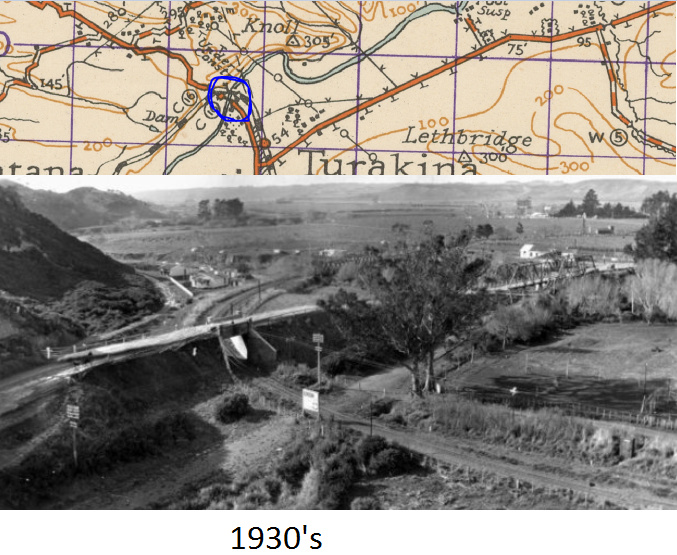 Turakina settlement 1870’s - I think the area of interest is to the right of the photo, but doesn’t suggest ‘swampy’ land, which lends weight to the ‘dropped the bike in the drain’ theory… 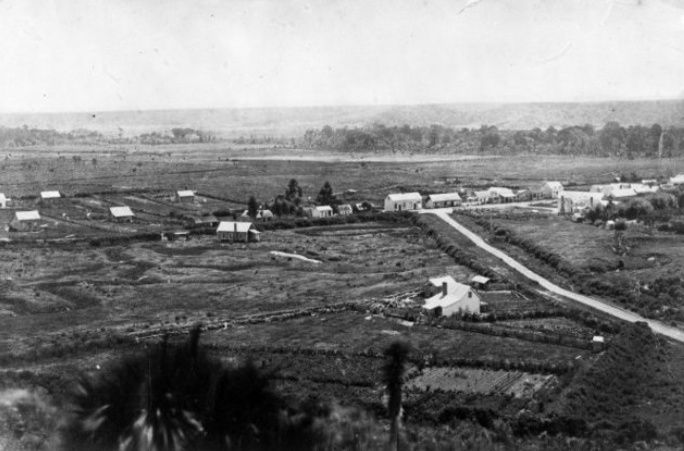 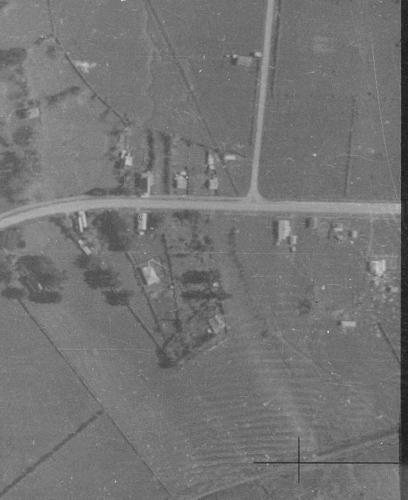 I reckon with that being a small community someone would have known the bike was there and so it is likely long gone.

yip that did cross my mind …apparently they were super common, you could buy them for next to nothing

yep I have every one of the south island and not to far of the north island. never look at them these days.

Yep the Army Scout was cheap as chips and they did used to get dumped where they landed.

WWII motorbike in Kerikeri swamp - where did it come from?

A number of leads have been sparked on the origin of the WWII-era motorbike.