What is your best gold haul. Like whats your biggest nugget or best day in the river or best totally for trip or even the season. My best is a 1.2 gram nugget and just over an ounce in a season.

Well today with the gold monster all i found was some old timers iron, better luck tomorrow i guess. 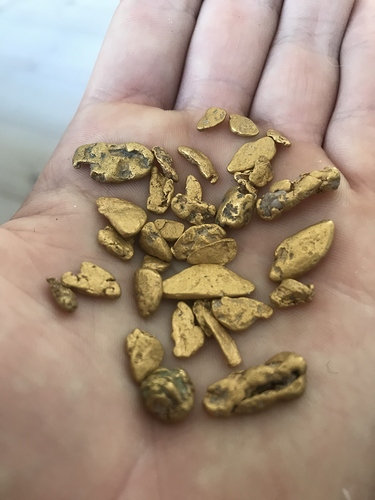 (Random picture of my nicer bits)

@Goldenboy_98 that’s some damn awesome nuggets! And a good tally for the year too! Ok, that’s inspired me to get back out there in this colder weather

went up the creek today. 1 1/2 gram bit but I only wash the box didn’t pull it apart. the cracks were to narrow for the 4" so will have to go back with the 2" . best day just over 1 oz up the pell when I had the claim. averaged 1/2 oz per weekend.

Best THIRTY SECONDS - half a troy pound plus in three handfuls of dirt - I kid you not - I got a lot more that day but those were the days when generosity prevailed and I never knew what I got in total because the remainder of what I got that day I gave away!
Best day officially just over 8 ounces.
Best crevice 15 ounces
Best nugget 3 1/4 ounces

Over the years we had quite a few 6 ounce days.

Please NO ONE begin a worst day gold mining! I got trapped in a tent for eight days and never got one gram! The upside of that was the last day when I could have a look in the river and got 28 dwt (42 grams) including a 13 dwt (19 1/2 gram nugget)

That was when we had three gold claims. Retired now and fishing on the Coromandel Peninsular is more my thing. 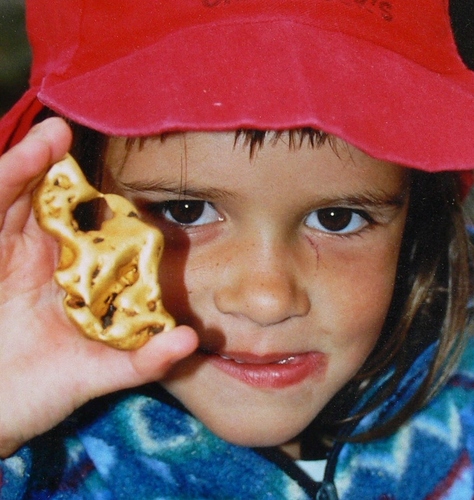 Up until 1984 this was my best day officially as it is what I took home. I did get more this day but gave a fair bit away including everything I got up until the point when I got the three handfuls of dirt - Sorry for the quality of the photo but thats all I have. The three handfuls of dirt panned out to this and I put it in a separate bottle. The bottle I gave away held nearly two ounces.

At a funeral about two years ago the guy I gave some of it to took a small plastic bag out of his pocket and showed me a hunk of gold. The funeral was his mothers. He said to me "I gave mum one of the nuggets you gave me for her tooth and I got the undertaker to bust it out before the funeral to give back to me 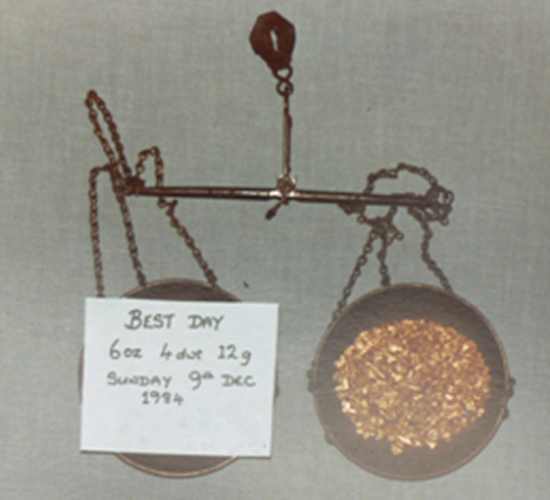 That’s a very nice day at the office Lammerlaw. Thanks for sharing.
Cheers

Those days are long past but now metal detectors on the beach, parks and places rule.

Ah, to step back in time to the good old glory days when the pickings weren’t quite as slim! Sounds like you’ve had some awesome adventures @Lammerlaw

They had their moments - ok so lets look at the downside - boulder rolled down on me diving and pinned me to river bottom breaking my leg and could just get snorkel above water - I had to get myself out, get the half mile or so to Landrover which was up at the top of a cliff then drive 53 miles to hospital, trapped in tent for eight days, hopelessly lost on the tops twice in fog, trapped in snow, Landrover deciding to go down in a swamp, Landrover went on strike and didnt want to go back up a steep hill that I was stupid enough to drive down, Landrover rolling, Landrover throwing a wheel bearing, got carried away with a knife and cut my own artery - that was messy and I was actually worried, drinking three large bottles of beer when a mate turned up and gifted me a 1125 of black rum - had to be taken home unconscious and I think I was in a coma for a week! - drowning the gold dredge engine twice, in a flood lost a weeks supply of beer, wine and spirits but got enough back to survive, tent blown down, trying to dodge rocks because you used far too much chemical persuation, setting the tussocks up on fire during New Years celebration whilst somewhat drunk - your not supposed to shoot a gas container which has a candle under it - the fireball is fantastic but the tussocks burning arent, having a gas cylinder go up in smoke in the hut because I wanted to celebrate New Years on another occasion - ever seen four guys trying to kill each other to be first out the door - the instinct to survive overcomes loyalties so I noticed - I was still in hut holding a flame thrower! Yes sir - gold mining had its moments.
I only kept records for one of the lesser years but I worked out just now that I got 4.32 grams per hour over the entire summer. I worked five hours a day.

photograph of getting assistance to get Landrover up an awfully steep hill. 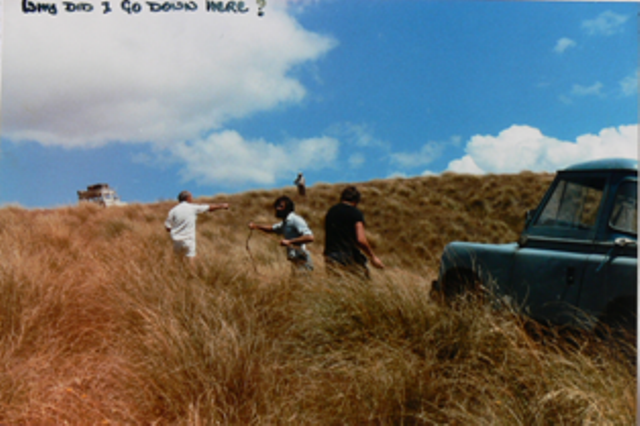 Lots of fun and scary times mate. Im considering taking the summer off work and dredging full time. Are you from near Dunedin just a guess with your name lammerlaw

must have been a steep hill as landies can go anywhere. just had mine up the bay of islands. and the top of the north island

You rotten shit and you didnt take me - We could have had a fish at Spirits Bay! I have just returned from Auckland and the Coromandel two weeks ago. Miserable old bugger!

Yes it was a steep hill - as picture more or less shows it was all downhill! Thats the Landrover I still have. Retains its dignity in death!

Nice to see you have a quite and uneventful life Lammerlaw.

Well it is either a feast or a famine- I am either Mr Go go or Mr No go - now that I am back home it is No go and as bored as one could possibly be with no petrol to go anywhere!

I was down your way a few weeks ago. Biked from Alex’s down to Lawrence. Great country especially down the gorge. Pot holed with miners huts if you knew where to look and that was just the southern side of the river. Lots more on the northern side. Unfortunately no time for detecting there but managed a few hours in the tide at Caroline Bay on the way back up without much success.
Cheers

I knew you wanted to go that’s why I didn’t tell you. did a total of 1840 miles , with an average of 16mpg. no problems with the old girl. not bad for a 1970 2a. got home and within 100 km the radiator leaked so in with a new one . no money left now to fill the tank to go up the hill. well maybe a little for the morning.

Mines a serial 2A 1970 - originally had the steel grill but I changed it. Wish I was a millionaire and I might take mine on a road trip - after restoring it. Mine had an accident a while back - there was an Opossum in the cab (yes I know that strictly speaking they are Possums and some bright sparks going to point that out but when I was in the NZFS we knew them as Opossums) - anyway it had its knickers in a twist running around in the cab and I was trying to shoot it so now the air conditioning in the cab has been improved.