What do you reckon? 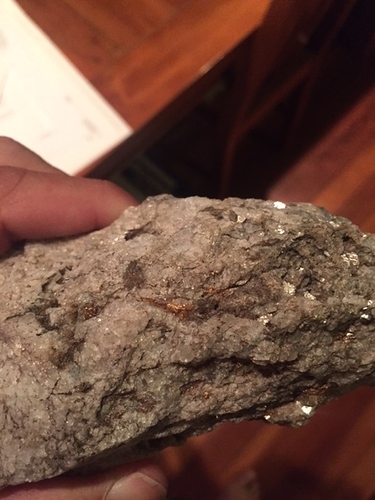 Hi everyone, very very new to this. What is your thoughts around this?

Looks like a little bit of Iron Pyrite to me but then I’m no geologist.

Do a streak test, unglazed porcelain will usually be found under plates/cups etc (they don’t glaze that bit or it’d stick to the kiln)

Doesn’t look ‘brassy’ enough to be pyrite - may have the real thing, although the pic could be a little better.

Besides an arrestable offence, what on earth is a streak test and how do you perform it? Please help.

Crush it, if you can filter out that bit. Then grind it further if possible, leave in salty water. You’ll get an orangey result if iron pyrite.

However, Iron pyrite is a good sign.
Iron & quartz go with gold & silver.
If quartz and pyrites are able to form crystals then conditions are good for gold nuggets.

Keep your eyes peeled for large clear quartz, pyrites, and quartz with many little holes - this is a sign that gold can leech out.
Also any dark lines/bands in the quartz - this could be silver oxides.
If you find any of these and they are unusually heavy you’re on to a winner.

Here is a sample that I recently pulled from the river, I broke this open to have a look.
But the pyrite (unfocused due to sparkling in sun) was from the outside of the rock.
Very flat cubic crystals. Got me excited, it’s gold for sure! 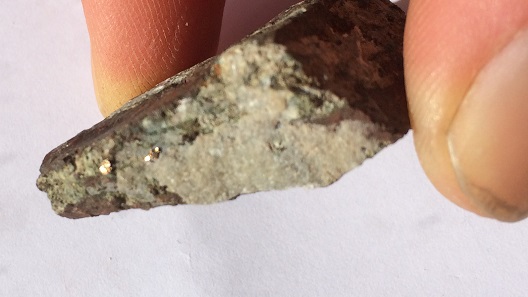 It’s a good sign, but I was suspicious, not a lot of quartz on this piece.
On the other side in the centre you can see a large pyrite bit that has rusted, still shines, that’s when I knew I only had fools gold.
Arrow points out grey streaks.
Second sample from same area has a very nice dark band in the quartz.
Neither are heavy, and I suspect the second vein is some type of other metal.

I hope to search for some other samples soon.
Area is not known for gold/silver but has very good geology for it.

Thanks guys for all your comments, here are some other pics, I hope they help?
Its very addictive looking for rocks that could have golfd in them 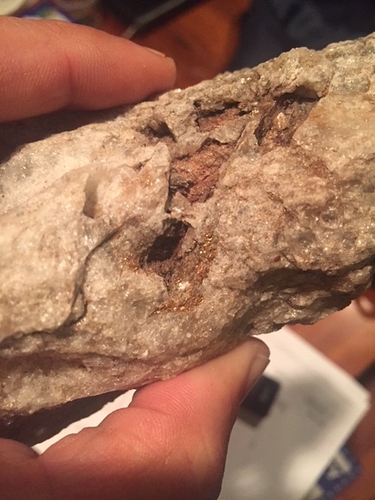 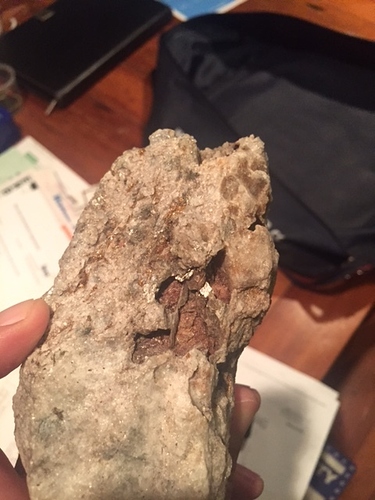 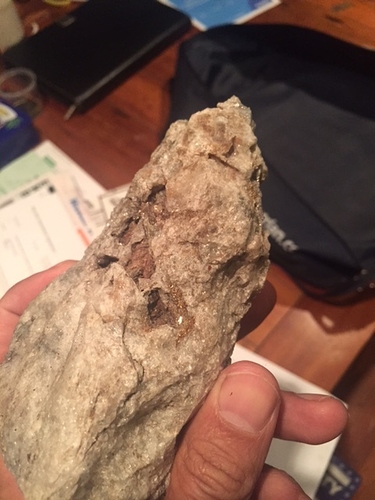 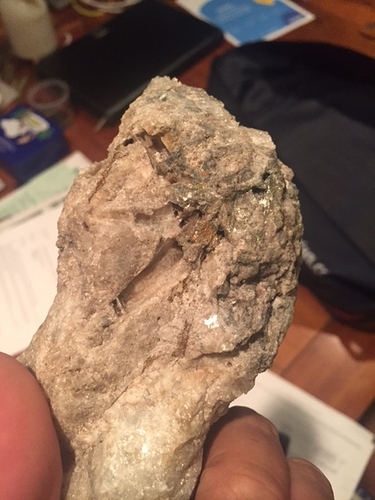 Hit it with a hammer.