Waitakere Lost Ring,
Arrived at a ring find job to find ring was lost from the deck of a pole house above a steep bush covered bank.
Disturbed leaf litter and broken branches told the story of the previous frantic search attempts involving throwing objects off deck to see where they landed and a hired Metal detector.
After spending 90mins sliding around on bank, collecting rusty nails and bottle caps. I unfortunately had to tell the owners that I couldn’t find their ring.
Too steep, too much bush, too many rusty nails and too much previous disturbance of ground. 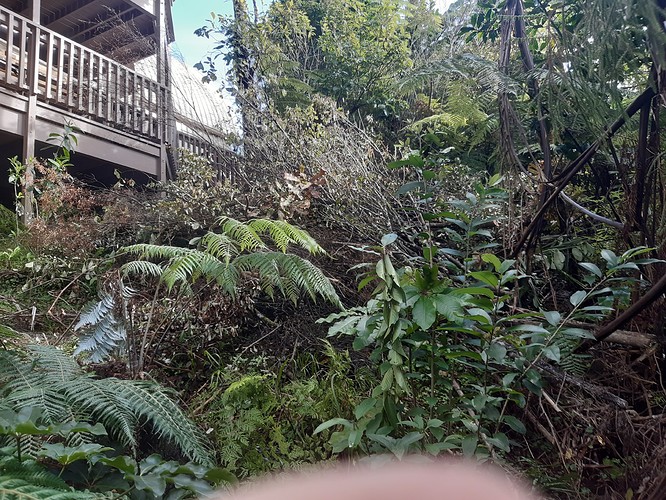 Oh…what. No happy ending that I was waiting for. Almost wasn’t worth the post. Good effort on your behalf though.

Probably find the ring never hit the ground & probably hung up in a branch in the bushes.
Reminds me of an ex girlfriend of a mate of mine. Said she had lost her grandmothers ring somewhere down my mates gravel driveway. I would have thought that wouldn’t have been too hard to find just walking back down the drive looking out for it. Anyway he calls me to detect for it, which I did, & no joy. Then it turned out she had bull shitted & had pawned it. So that was a great waste of time. That was when she became his Ex.