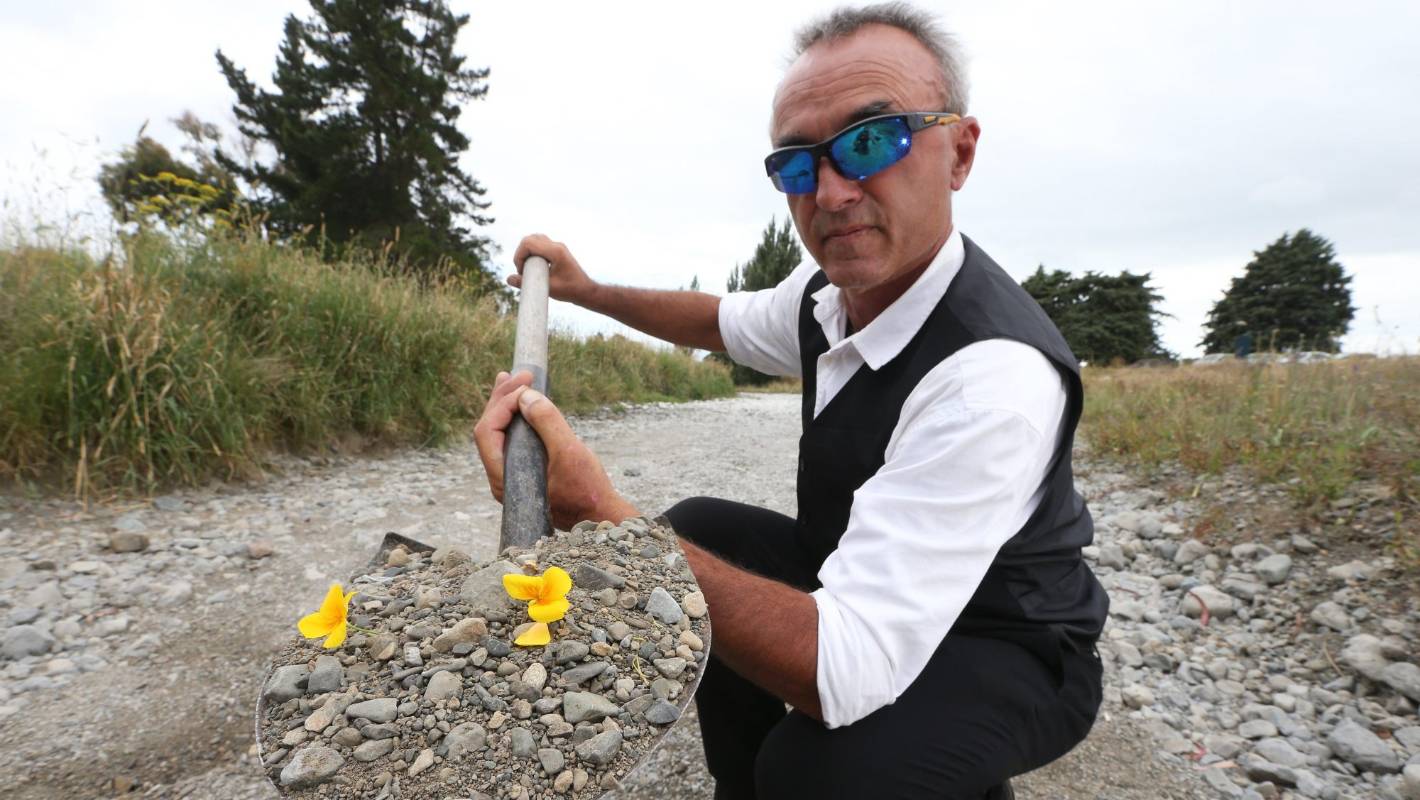 The Kaikōura earthquake left historic artefacts exposed. It didn't take long for the plunder to start.

Mixed feelings about this - As far as human remains go then they should be respected and treated with reverence. As far as relics go I have seen to many anomalies with self righteous sanctimonious arseholes who talk eloquently, preach the legal gossip and then hiding behind all that prove to be the most hypocritical of them all. Examples are museums where material is donated and now they cannot find it - in other words it has been stolen. I enquired about items at one museum and they simply are not there! Museum staff had to have purloined them! My family gold fields gun was donated to Otago Early Settlers, near as new in a presentation box - the gun was played with, the box wrecked and accessories stolen. If you find Maori artifacts they have to be surrendered and they are advertised amongst Marae etc for claiming - I know of instances where this has happened and now they have disappeared off the face of the Earth because someone has decided that they have more right to it!
Somehow I think that if someone finds such things then they should just keep their mouth closed - mums the word! Too many highly qualified University educated text book ‘experts’ most of whom are reincarnations of Hirohito, Idi Amin, Goebbels etc preaching sanctimonious self righteous crap and at the end of the day hanging themselves and their own rights with beaurocracy, red tape and officialdom

Lammerlaw, you have summed it up beautifully

Have to agree Lammerlaw. Museums often sell “excess” stock that was donated. So may as well sell to private collector who will take care of said items & cherish as investment, family heirloom, personal treasured item.
Keep gold nuggets secret too, too many jealous hyped up types around these days

As for jewelery, often insurance has been paid out for it. So unless it is a request to find. Pocket it.

A Museum has ‘lost’ some important family Toanga that my Great Grandmother donated in the 1980s.
When i took the young ones there to see what remained it was not being cared for or preserved and are degraded from sun exposure.
I would strongly recommend not donating items to a museum but only loaning them.

I remember the Wagener Museum controversy - it was disgusting. The arseholes were whinging over a couple of items loaned by a family in good faith and considering the value of the items that were legitimately sold one would think that the greedy Trustees would have returned loaned items on the word of the claimants…especially the small items they were.

A bit more about museums - The Otago Museum is an amazing museum,largely thanks to four Jewish families, all related. These families donated what would be millions of dollars worth of amazing artifacts and due credit must be given to Willi Fels, the Theomins, Charles Brasch and Bendix Hallenstein…the names Brasch and Hallenstein are well known, Brasch politically and Hallenstein the clothing shop which originated in Dunedin and is now Nation wide…bloody good shop it is to! There was a fifth philanthropist who donated one heck of a lot to the museum and he as a remarkable man - His name was Lieutenant Colonel Fred Waite. He served in the Middle East, North Africa and the bible lands in both WWI and WWII and judging by the number of items in the Ancient World display at the Museum he must have spent the entire duration of two wars searching out ancient artifacts to send home. He also wrote the ‘Official History of New Zealand Effort in the Great War’ Vol. III Sinai and Palestine and later a history of Port Molyneux - truly a great man. The Otago Museum is well worth looking at…BUT…I donated a rare Maori flax beater to them - and now they cannot find it! I have also requested to examine a one off medal that was donated to the museum by my old Gold Mi ning partner whose father obtained it prior to 1904. It is a silver medal presented to a chief of Te Arawa for his contribution and loyalty to the British during the Maori Wars (vomit icon) Also a visit to the basement shows huge and vaste collections of items and artifcats that never see the light of day…enough to fill several new museums. I once saw a room full of Japanese weapons from the era of the Samurai so why are they not displayed?

As for the Toitu or Otago Early Settlers Museum - its worse - a glorified fucking art gallery! I had to ask where the gold mining display is and it is in a little pitiful display case - never mind that otago was New Zealands first and most important gold mining area which made Dunedin New Zealand’s capital in the 1860s and foundation city for most of New Zealands greatest industries - Hallensteins, Union Steam Ship Company, Fulton Hogan and many many more. I asked the girl at the desk where all the artifacts were and she said that they only displayed 3 percent - fucking only 3 percent - at any one given time. They have a remarkable collection of guns and yet only one or two are on display. An incredibly rare brevette Henry repeater, perhaps the best Evans repeater still in existence - none on display…but wait theres more - according to Museum records (probably now discretly destroyed) there were Colt Revolvers donated to the museum - where are they? No one seemed to be able to find them when I enquired.

This is my family gun - it was ‘as new’ when donated in 1947 - my Great Great grand father was a 49er in California so they say then he went to the Australian rushes and bought this heater at Whitfields Gun Shop in either Melbourne or Sidney before coming to NZ. The case was pristine with all accessories when it was given to the Museum. This is it today - this is how the Toitu Museum looked after it - accessories stolen, nipples removed and stolen from gun itself, gun writtenoff, case ruined beyond recognition and the lid torn off…yes sir thats what museums are like! 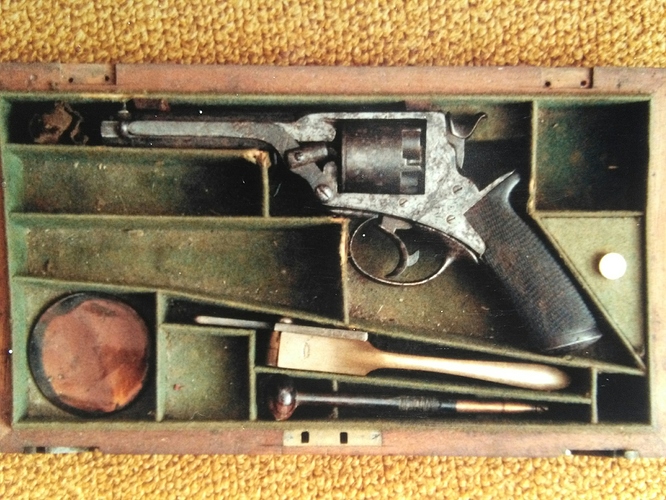 I would be asking myself if you had been returned the same piece that was loaned…That’s a shocker.