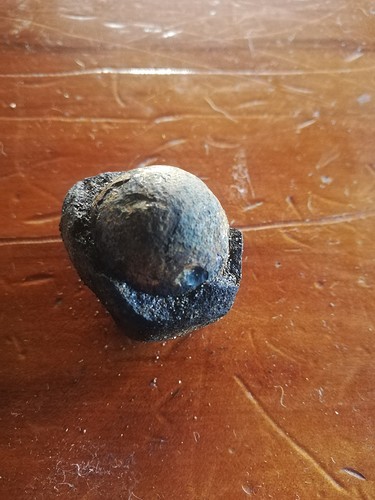 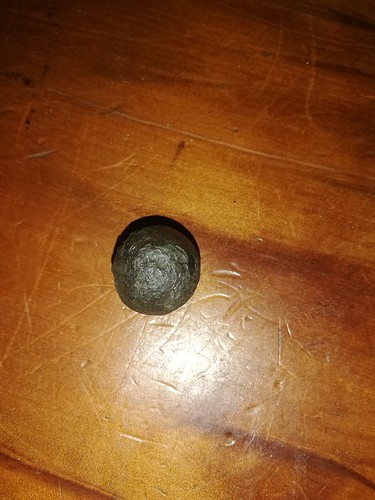 Could be just a large bearing? Where did you find it?

Out on the mudflats up here

Possibly canister shot from a cannon. Will be an iron ball rather than steel though if l am right.

Ship ballast. Keith found a couple in Pell stream and the museum told him thats what they were. The logging ships carried them over here dumped them and then returned full of timber.
Caz

I am guessing that the museum was not right. Steel balls can be and have been used as ballast but much more recently.
Back in ‘those days’ flint was often used and other rocks, sometimes large iron objects were brought out to NZ as ships ballast. An example of that is railway tracks but that was much later.
Lead was also used and preferred as it was soft and dampened the shock if the ship collided with something.
That ball appears to be cast iron and much more likely to be cannon canister shot or grape shot.
If it had by chance been ballast then it would be lying everywhere.
I wonder what museum said that. Of course cannon balls and canister shot might have been stowed low in the bilges as ballast on the trip out.