As it is so hot at the moment to detect, I decided to do a restoration on some relics found last year with the Tarsacci MDT8000. I used paraffin wax for the final coating.

This horse shoe weighed in at 866 grams, or 1.90lbs and that is with it losing some of the rust scale!!! Circa early 1800s and is a back shoe off a working horse designed for mud and heavy loads. It can be noted there is no “fullering” system (a groove for the nails to bed into) plus the turned heel bit is referred to as calkins or caulks, pronounced corks designed to give the horse more traction, as was the raised bit at the toe. This shoe is minus its toe clip which would have helped keep it in place.

The weight limit of shoes for horses was set by courts to be around 2lbs.10 ozs. Times that by 4 and that would have taken a lot of muscle power to plod through the added misery of mud…sometimes nearly knee deep in Winter.

Provided is a link for a short read on the evolution of horse shoes…enjoy! https://dressagetoday.com/horse-health-/history-of-horseshoes-17802

The axe head is circa 1860s and in very bad shape so rather than take too much off which is irreversible, I left it pretty much as found.As far as I know it was a military issue to the British forces here during the NZ land wars. A lot of the problem here is the high mineralisation, fertilisers, animal urine etc that rots relics and destroys history. 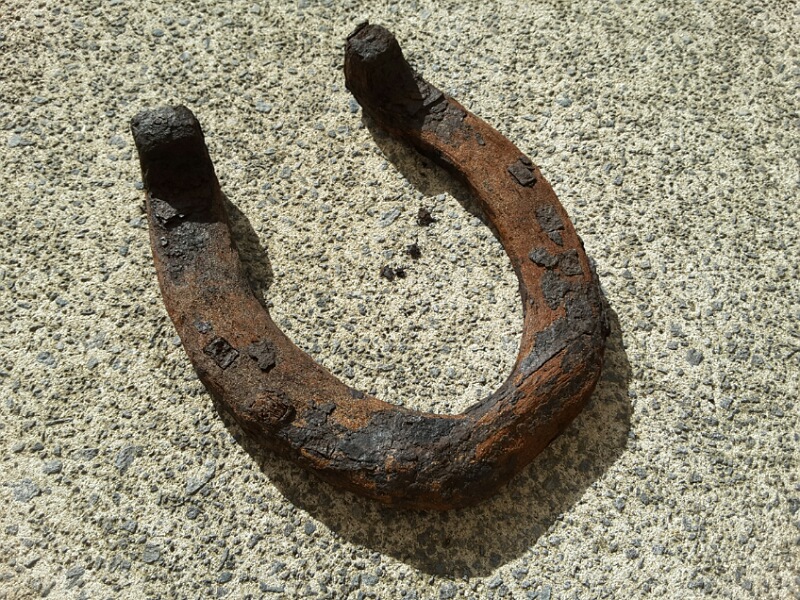 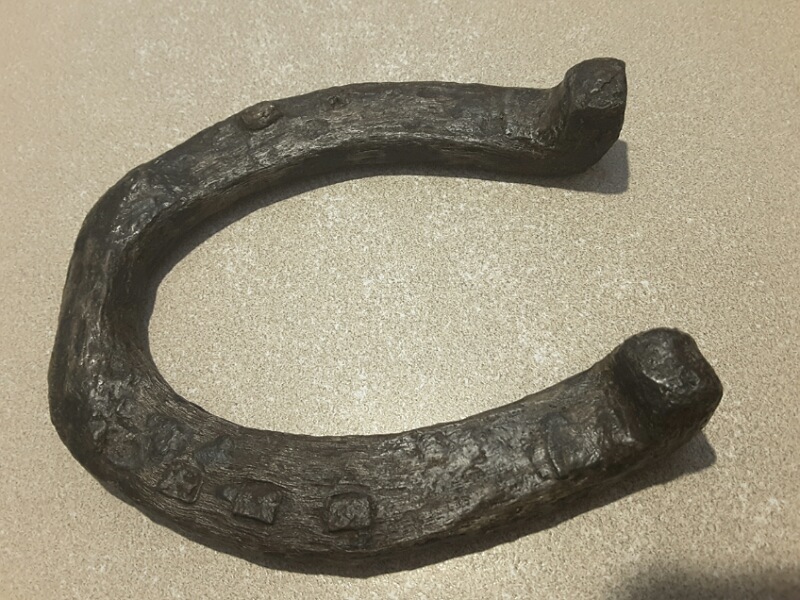 Love the axe head and have no doubt that it is one that my childrens Great great grandfather, Captain Peacock (NOT the one in ‘Are You Being Served’ - if I said that to a woman I also have no doubt that she would reply “Are you hitting on me? If so my husband serves me so no I dont want you to serve me”) who owned the ship Mountain Maid, the Guide and others traded with Tamati Waka Nene, supplying gun powder to continue the war with Hone Heke.

If you can put that provenance on the axe then it has great historic value and multiplies its value many times.

Great finds - I love them.

Wish we would get some rain though…soil is like concrete so spending time when its not too hot at the beach, mud and restoring/cleaning up finds. Unfortunately axe has delaminated rather badly. NOW IF NZ had in place a system like the UK for historic finds, perhaps a lot more would have been found before rusting away in our highly mineralised soils.

You are quite right and the laws here are ridiculous in the extreme which indicates that Hitler and his henchmen are all alive and well and have secured appointments or positions as Members of Parliament and Government officials while simpletons have gone to University and paid Chinese opportunists to do their papers in order to obtain degrees and then procure Jobs with DoC and other organisations to make laws and pass rulings on things that they have absolutely NO idea about. Actually I have the odd academic qualification but I never got mine by paying someone to do the dirty work - I just indulged in ‘co-operative study’

Your sense of humour is as priceless as my finds!!!