Wouldn’t worry too much about it, pretty much any dug coin will (usually) be very low grade and low value. Exceptions would be specific very rare coins, or those preserved in, say, anaerobic mud.

Try not to get into the habit of wiping coins with a gritty finger to see what they are though - if you are lucky enough to find a ‘goodie’, then you’re potentially wiping dollars off with the dirt.

A lot of other $1 pieces have very small cugs under the Qheens chin and neck - these are all worth looking for but the smaller ones on the queen seem to be really commonbecause when Ilooked though my fifty or so dollar pieces I found at least six of them. 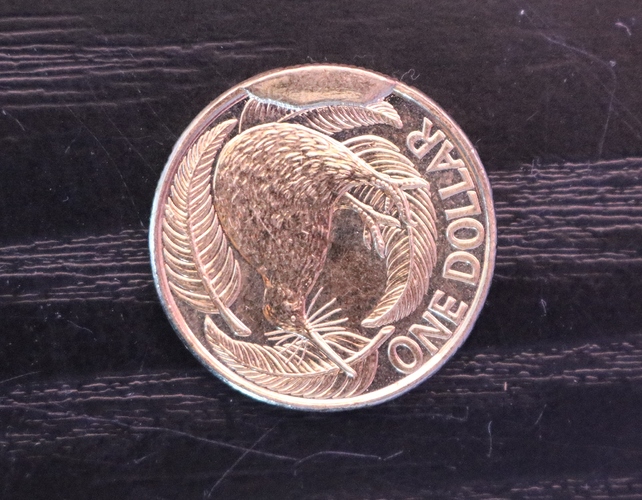 It is not a found one but one that I got at the bank and put on to show the major flaw - what to look out of rwhen you find dollar coins and especially 2013 ones.

All the modern decimals I have found with my detector are also tarnished and worse as well.