So what are the rare coins of New Zealand? I’m thinking of turning this into a wiki page that lists them as a handy reference for people like myself who don’t know what they are.

There is also the 1935 Waitangi Crown

Cheers Gerard. Added to the list. Yes, there does seem to be very few rare NZ coins.

BTW - the famous rare one from the UK is a 1933 penny. Was only limited minted to be put under the foundation stones of buildings.

Ah yes, seems it was even mentioned on the old forum! http://www.paydirt.co.nz/forums/yaf_postst2071_newzealand-1956-strapless-penny.aspx#post20688

Are there any markings to look out for? I’ve found a few of that date but don’t know enough about coins to tell whether they are this or not.

The other rarer ones are

The 1935 Waitangi Crown had only 700 coins issued and were never circulated. A cheap one would be 5000 odd but there are forgeries out there (of course there are)

But, and its a fairly big but. Harsh cleaning will almost totally remove the value as a coin collector coin. There are also a few “error” coins but these days there is less and less people who collect coins. So only the better condition ones are in demand. A worn 1935 three pence is always wanted tho.

After saying that… there is also another type of coin issued in the 1870 to 1880 era. Penny and half penny tokens issued by businesses. These can be very rare and have good value. Again the harsh cleaning will wipe up to 90% of the value. Some of these tokens go for hundreds even worn, others not so much.

Bung up a photo and I will give an opinion. While I collect them I do not rate myself an expert but I have a few books.

Roll on the dredging season, might just get wet.Otherwise the sluice box gets used

are 1936 coins with Edward VIII rare? I’m pretty sure they are, because they only printed them for a short time period

hello Gavin i’ve got my hands on two 1956 strapless penny’s are the worth anything? because there still in pretty good condition.

Are any of these worth much at all , some sites say yes and others no - im pretty new so dont know to much but trying to do as much research as possible , the 1956 penny isnt straples. Whats the best way to sell coins , obviously a dealer is quick but bottom dollar , private - ebay ? trademe ? and buying do you still find them at garage sales etc etc or has the internet taken that away as well - apart from finding them , is there other ways to get lucky , ive got a heap more to go through from my grandma’s chest - who knows what it will bring , but these are ones i though maybe worth something so far. 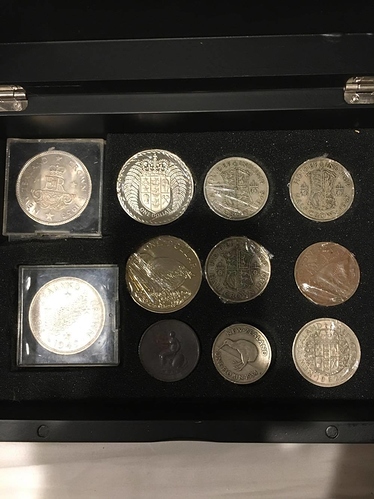 Easiest way to get (an idea) of the value is type the coin details into Google (eg 1943 sixpence) and that’ll pull up several numismatic sites, most will also identify things to look for which may set your coin apart.
You can also see what they’re selling for on EBay / TradeMe etc

Selling: once you have your estimated value, throw them on TradeMe as individual sales - the market response will tell you if you’re pitching too high…or low.

Generally though, probably 90% of dug coins are not really worth selling unless in good condition, or are rare / collectible.

Hi there, I was looking for the same cos I found some old coins with my MD. Don’t forget about the 1942 Shilling (Broken Back) worth about $900 EF https://www.allcoinvalues.com/new-zealand-coins-and-notes/1942-broken-back-new-zealand-shilling-value.html

So if you need some old N.Z. coins for your collection ask me and I’ll see if I have it. Be Cool.

Do the 1942 broken back shillings ever sell?

I’m not to sure about the 1942 Broken Back Shilling, never even saw one up close but that’s the price they say it goes for. There’s some other N.Z. coins out there too Like the 1950 Half Crown that has the Far Diamond and the Near Diamond. but don’t go for very much around $50 or so. I have them both have a look There nice big ones. 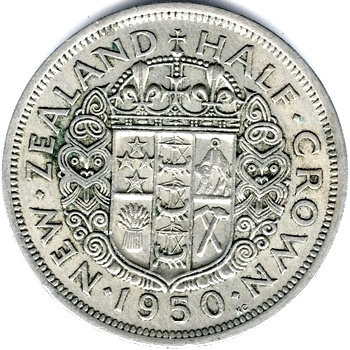 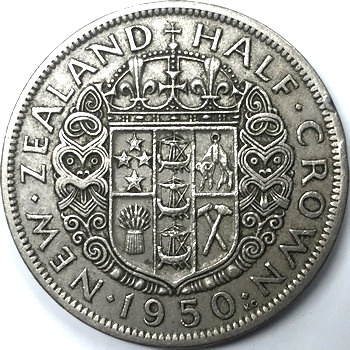 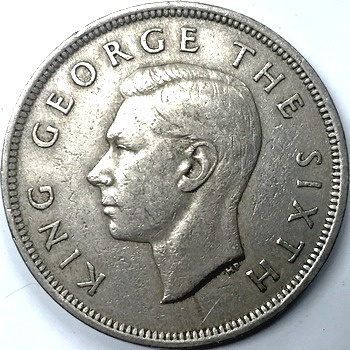