Ranking every Gold Fossicking area on the West Coast from worst to best!

We recently completed a large gold prospecting trip where we went to the last sites on the west coast we were yet to prospect at, we have now given every gold prospecting site on the west coast a good go some of them multiple times and we have a good idea of which ones have the pay and not, so we decided to make a video ranking every gold fossicking area on the west coast from Worst to best, reamember though this all just my opinion and it is based off how we are have done in these sites and your version of this list could be very diffrent depending on how you have done at a set site. 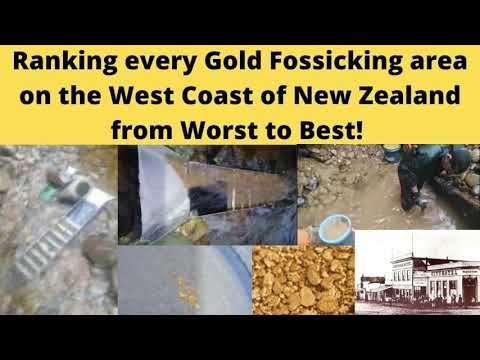 Hi there Sluicer, Appreciate your effort in doing your video.

A few things for me to mention:
No one is ever going to get “rich” in a public fossicking area. Lets face it…for obvious reasons they are thrashed. The closer to the camping areas the more thrashed. Even walking up stream 20 minutes isn’t going to improve very much if at all.
Most public fossicking creeks aren’t very long & don’t have much of a catchment area. The actual “legal” fossicking area is usually even way shorter. So the numbers game of people working areas & re working areas over & over doesn’t lay a good foundation for making a fortune. The gold is just an excuse for people/families to get out in mother nature & enjoy what it offers. Any colour found is really just a bonus. Lady luck can play a part…so you never know your luck.
Going to a place once or even twice isnt really going to give a fair assessment. Gold is where you find it & some people have a better understanding of the more likely spots & know that you have to do some hard yards to get a reasonable result. Depends too on what you consider reasonable.
Where did you read or hear that the Moonlight was the richest river in the world, or even in NZ? I can think of the Shotover, the Arrow & even the Wakamarina (for its length) as being richer. Some big nuggets did come out of the Moonlight & are till probably there. It too would be my pick of all the public fossicking areas.
No gold is easy gold & the harder a place is to get into your chances of better gold increase but so to does your work load. That goes for detecting as well.
Best of luck out there & thanks again for your effort.

Yeah I get what your saying there, your not really going to get even close to rich off the public site but by me saying rich I was really meaning walking off with 5 grams for the weekend (which is at my age what I pretty much call rich XD ), I heard that moonlight was the being called the richest river in the world in an West Coast rush documentary I heard about a year back, I have heard a few other people say so here and there, and I think I reamember an old west coast rush book saying that it was the richest river in the world, but I will have to double check on that one If I can find the book, and I guess I have a bit of an argument for a river (im not sure as being richer in its day) but right now being way way way way way way way way richer then moonlight even if moonlight had not been mined and we were getting 4 gram holes everywhere we dug. Yeah maybe our assement is not completley perfect, I think I did a decent job on goldsborough and slab hutt as we have been to both 1/2 a dozen times but that could also be why we put them so high up because we know them so well and always do well at them, and especially the creeks like jones creek and lyell creek we have only been to once so they could change around If I ever do a ranking every fossicking river in New Zealand video. Just wondering why would a creek catchments effect the gold? Would it just mean its more prone to floods so more gold would wash down and it would have more sources to wash down from? I would assume thats what it is .

Thanks for your feedback though its greatly appreciated.

Well done on your video and thanks. I give you 40/40 for your efforts. A good flash flood is what these creeks need to refresh the pickings. 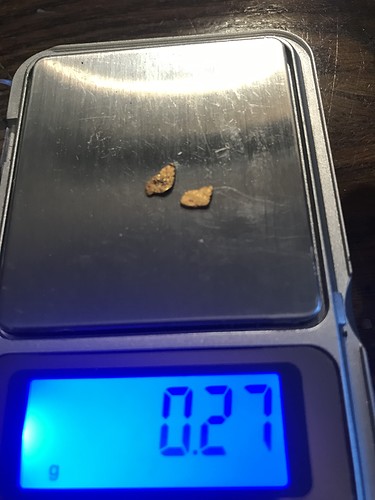 i havent done all the west coast fossicking areas but the ranking positions he put up i would agree with at least in relation to what i have been to. ive seen most of your gold related videos on utube and they are always interesting. well done Dillon.

Nice. You failed to say which fossicking area.

I would thoroughly endorse what John says. To give a good assessment of the Public fossicking areas one would have to walk the entire length of each and take regular prospects, a tedious and time consuming occupation.
At the end of the day most people just go for a family trip and a bit of fun, to have a day or two out in the great outdoors and try the gold panning experience. For that reason it is valuable to give an assessment of whether you might or might not get a few colours with relative ease within a reasonable distance from the parking or camping spots at the Public fossicking sites.
I am too old now but my son and good friend wanted a claim so we have taken out out. As one expert on this site here said in an attempt to make a fool of me ‘there is no gold there’ then you could not expect to do better than the Public fossicking site. I am considering however charging a fee to allow others to fossick there. A daily fee of $150 is for use of facilities - that is the hut for up to four people or a family of two adults and sprogs. Unlimited access to the claim with sluice box, pan and detector and the right to have a hunt for a deer or pigs without dogs. The fools gold (theres no gold there according to the expert) is patchy but pockets can be found.
All promises made earlier and access to established friends will remain so those to whom promises have been made are free.

Id love to come for a play on ya land Lammerlaw ,how far south are ya ? Cheers dan

well done interesting video , you forgot the sandfly scale , with Lyle being a 20/20

Lake Mahinerangi area in Otago. It would have to be arranged well ahead as l get about a fair bit.

. Will you do it with the other regions one day?

Defintley will, we will hopefully do one of otago and one of nelson and then finally one ranking every site in NZ ( which will hopefully have even more accurate data on these sites by then) once we have headed to all the public areas as there are still a few we are yet to go to

I always thought it was the moonlight junction in Queenstown that was the richest in the world! The area where moonlight/shotover/Moke creek combine was called the jewelry box as when it was first hit with bucket dredges I think they got 50,000oz in the first few days!

That might explain a lot lol, I may have been reading about that moonlight creek not the one of the West Coast as it would have been a few months ago when I read it and I may have got the two confused.

Was definitely the best part of the shotover when l and m mined the whole river in the mid 80s from what I’ve read and heard.

I always thought it was the moonlight junction in Queenstown that was the richest in the world! The area where moonlight/shotover/Moke creek combine was called the jewelry

Not to mention what L&M mining got when they hit it with their digger & screen operation.

Every country wants to have bragging rights when it comes to the richest river in the world. But I do believe that the Shotover River was considered the richest river in the world up until the discovery of the Klondike rush on the Yukon River in 1896. Many rivers would have had ‘Jewellery Shop’ locations at river intersections but as a river over all for its length it is hard to say. The Yukon river is way longer than the Shotover for example. The Wakamarina river in Marlborough was considered the richest in the world for its length. So how long is a piece of string?