gday all,got a quick hunt in only thing of note was a 1933 florin in decent grade,cadet badge came up well,cheers. 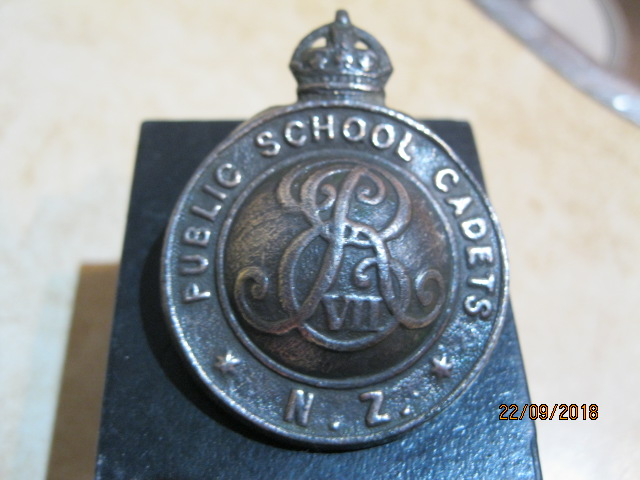 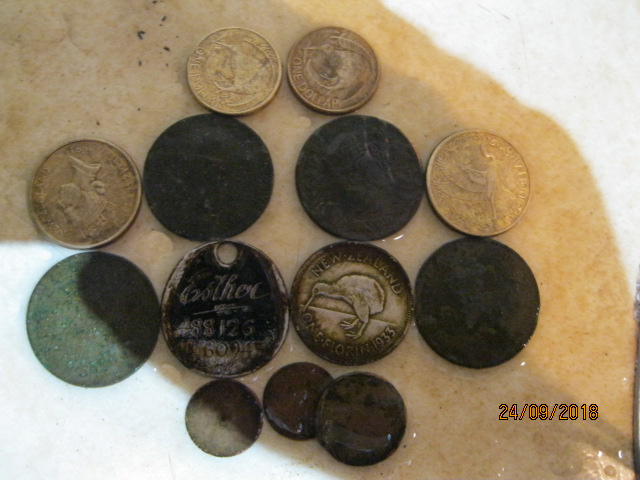 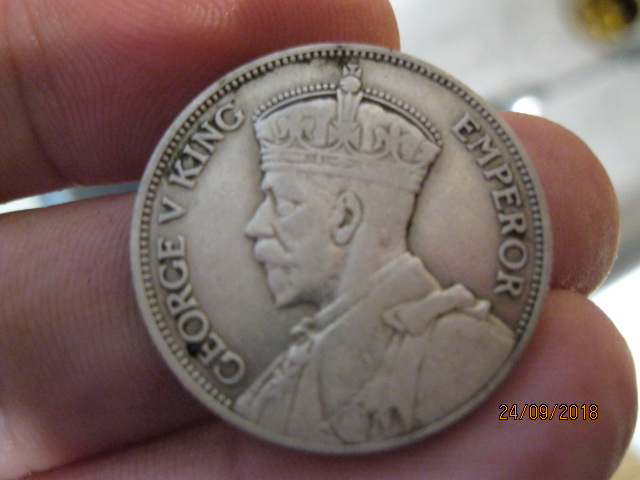 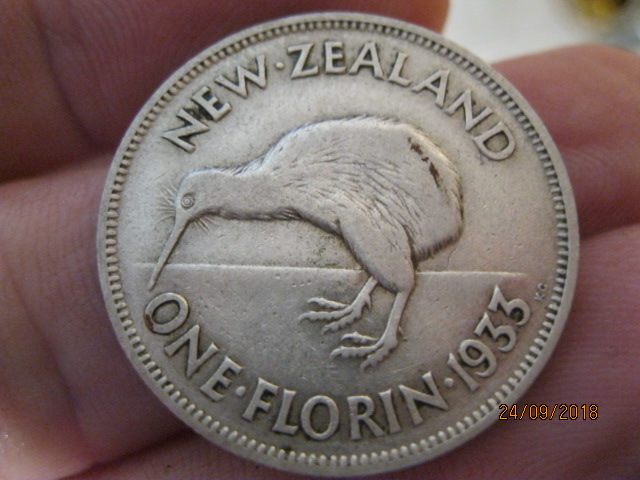 The badge is ace and probably the scarcest of all the cadet badges after all Edward seventh was more or less ‘There today and gone tomorrow’ only reigning for nine years. 1902 - 1910.

Some nice finds amongst it all Roy

yes his coins seem to fetch a premium,if only we could find a barrow full !

I picked up an almost ‘as new’ sword with his cypher on it and had long noticed that anything with his cypher or name on it is relatively scarce and well worth having. The Cadets units were very strong during the period during the Boer War and leading up to the First World War and indeed they existed right up until the beginning of the 1970s but after the late 1960s went into a sad decline.

They should still have the Cadet units - great times, great days, great fun…today in the Bullshit world of creeps, caftan wearers, in this cotton wool paradise of Politically correct lies and false promises almost everything worthwhile has gone! Can the younger ones amongst you even imagine Hight School pupils in Army uniforms marching down the streets of Dunedin and other centres carrying .303 rifles and bren Light Machine guns and better still shooting them at the Army rifle range, which in my day was at Pelicha Bay where Logan Park High School stands.

Yes Cadets was fun and I have seen and had my own cadet badge but of all the cadet badges I would think that the Edward VII badge is the most desireable - I had never seen one before, not even on Trademe, so seeing this one was a bit of a surprise.

Now speaking of Logan Park High School I have never written this before and have never bothered to look but several medals were thrown away by the medal recipient there - they included a Maori Wars medal, volunteer medal. long Service Medal, possibly Boer War medal(s) and others. One only was found when the family found out. It all came about when the range officer was pissed off at how the WWI returned Servicemen raved on about their medals and he more or less said “I’ll show you some medals” and got his Maori War and post Maori War medals and said “What do you think of these?” The returned soldiers admired thema nd he then said “Well this is what I think of medals” and threw the whole lot away into thick gorse - only one was ever found. Yes I know nearly where they would have landed but…is it really worth looking? Who knows.

Great story, surely they must be worth hunting for Lammerlaw ???

can you imagine flying a spitfire at 21 years old with less than enough flying hours and knowing this could be your first and last flight,i guess back then there was no choice/

Yes they would be but I have always been a pretty private person and hate the idea of being oggled at perved at and being watched by inquisitive people! The family are also friends of mine and I would feel obliged to hand the medals to the family despite desperately wanting to keep them…if on the long shot I found one or more.

To think of all those lunch times hiding in the gorse smoking and I could have been looking for relics. (91-96)

Yes possibly - ever since I was told I have wondered - hey I would LOVE them as I have a few medals but not those ones. They were thrown out immediately post war WWI.

The person concerned had an eventful career I assume as he served in the Maori Wars - he then went on to become, I believe, a Torpedoman aboard the Taiaroa. The Taiaroa was a Torpedo boat - believe it or not. It was stationed at Port Chalmers to sink the Russian Navy when they invaded. The Torpedo boat arrived at Port Chalmers I think in 1887 and the corps was disbanded in 1892. The Taiaroa was dismantled in 1902 I think.

After the disbandonment of the Torpedo boat corps he must have gone on to become range officer at Pelichet Bay Army rifle range which is of course Logan Park High School. I guess the Army Rifle range was moved because it had become PC to hear the sounds of rifle and machine gun fire within the bounds of the city limits - fucking poofters!.

Pelichet Bay holds a few memories for me the legacy of which is my deafness today! There is nothing like lying behind a Bren Light Machine gun mowing down hoards of invading enemy while watching the empty cartridge cases tumbling out the bottom of the weapon and stitching the butts ahead with scrap metal as you defend Dunedin from an imaginary foe charging toward you waving Samurai swords and screaming ‘Banzai’.

We had a short dumpy teacher at King’s High School in Dunedin - we called him ‘Yub yub’ but hisname was Clive Geary or T.F.C.Geary - why we called him ‘yub’ or ‘yub yub’ I dont know. He was a great guy and before WWII as a pupil of King’s he held the record number of sporting ‘blues’, a record that I do not think has been beaten to this day.

I remember seeing him in his Airforce uniform - it looked totally ridiculous as he was far to overweight to fit in the cockpit of a figher and also seemed far to short to see out the cockpit window.

As a young fellow he went overseas to Britain as a fighter pilot. His brother Jack Geary once told me that he had been shot down three times. In any case when he arrived back in New Zealand after the war his family went to meet him but when he got off the train they no longer recognized him. When he went away his hair was pure black - when he arrived home it was snow white…that is what the war did to some of those chaps. Many never got to be 21.