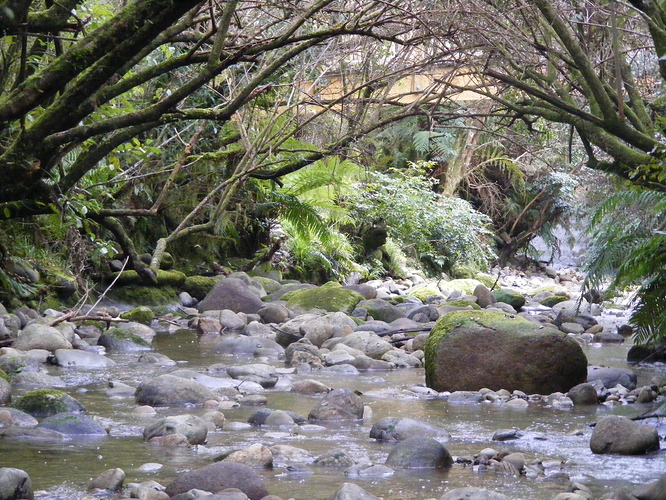 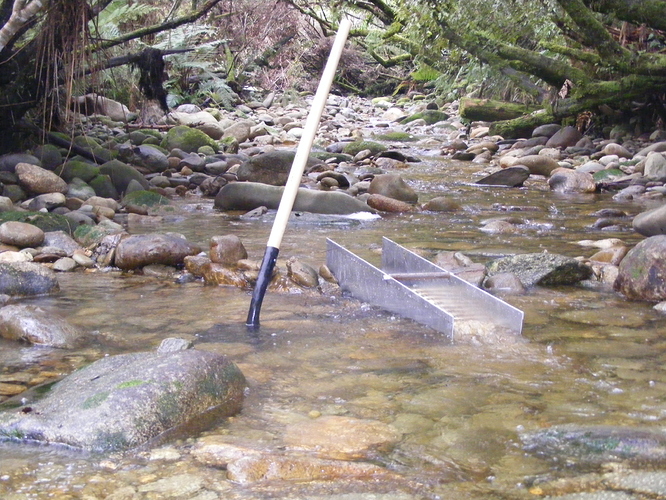 2013_0828shamrockcreek0002.JPG3264×2448 1.38 MB
Please feel free to contribute to this tread,any information you would like to share on the public fossicking area. approx. 15km north of hokitika. turn off main rd on to Stafford loop rd and 5km up the road. Information may include-vehicle access and parking,track locations,hazards,camping facilities,toilets,accommodation,access and/or local info contact numbers,boundary locations,how bad the sand flies are and last but not least any general locations for finding a little gold.(Or a lot who knows!)

easy access and good tracks. camping ground with basic facilities. toilets and cold running water only. and a small fee per night. dogs allowed if on leash. sandflies are maneaters so go prepared

Spent many a weekend here great camping spot toilet facilities are great running water boil before drinking I have found gold in about 80% of my pans, out in front of the camp ground dig deep good gold . Or head up river to the tunnel good gold I normally get a few grams running the sluice for the day. Can get very busy over summer holidays but it’s cool it’s like a mini gold rush

Yep, spent a fair bit of time here too. Found some pinky-fingernail flat nugget here on the edge too, quite rusty margins.
A fun place to hang out…but you’l need to prepare for the mozzies. (50% brown dettol and 50% olive oil worked best to keep em away)

Thanks for the great intell guys…never been here myself…on my bucket n pan list now though.
Here is the permit map for Shamrock Creek (Goldsborough) 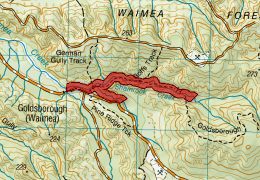 Anyone else know this area? 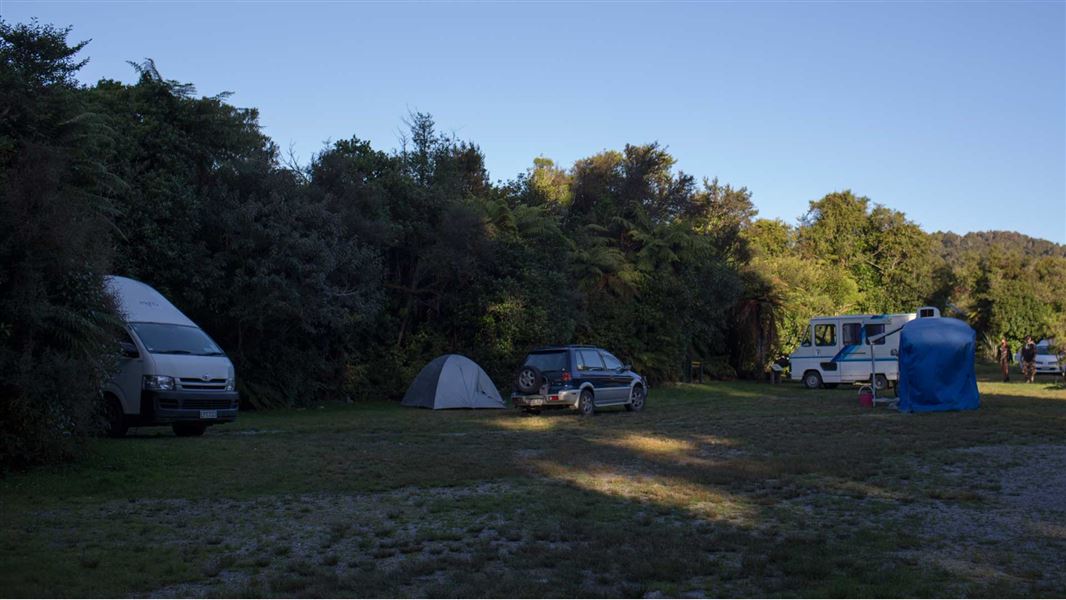 This sheltered and secluded campsite is the site of an old gold mining town. Explore the gold mining area and try your luck fossicking in the nearby creek.

Got into shamrock creek yesterday for a fossick with the sluice.
Nice fine gold in all spots I had a play…lots of clay to deal with.
Camping area looks nice.

I went a while back but got bugga all. only panned though but there was 2 of us.

I liked this place the most of the places I tried this week. Nice, coarse magnetite sands and ironstone pebbles to tell you that you’re looking in the right place. Sand flies were there, but choose the right place and they were no bother.

We went up to Goldsborough a few weeks back , originally mined just outside the camping area with mediocre gold just a decent bit of fine gold, we then decided to head up creek to where the river begins to gully out and dug an inside bend, once again a lot of finer stuff but nothing great , as the site has been hammered hard and most of the inside bends have been worked over a ton, but just as we where about to leave I looked to more of the outside bend which still has some larger boulders covered in moss and some nice looking gravels nestled in them, did a few pans , nothing , very little , average , and then once i got deeper the gold got better and better and once I hit the clay BOOM 2 pickers and multiple large flakes across 2 pans of dirt, unfortunately we had to head off after that but called in one of our friends and went all out last weekend got 17 pickers, 3 larger nuggets and a solid amount of fine gold and flakes totalling to around 9.7 grams , very little dirt was put through the sluice overall only ( we didn’t count but there is a debate between us that it is between either 4 and 9) as it was very hard going to get in between the large boulders and clay to get the pay out , a lot of gold was sitting on the clay which was easy to get to as only around 1/2 a metre deep, obviously no one had got there in a long time, so if you can find those spots that have not been mined even if they are just an average spot they may still have a lot of gold . Super solid result for 3 people working over an afternoon .

been a couple years since ive had a pan at goldsborough. thats on my to do list this season. nice area. never had a lot of gold from there but a good day out.