Gidday Mal,
I call it “sandfly hut creek”, went 100 yards north of campsite ,on the turned over bit
and got some nice flakes. the rats at night were a bit much.
all in all best spot I know of 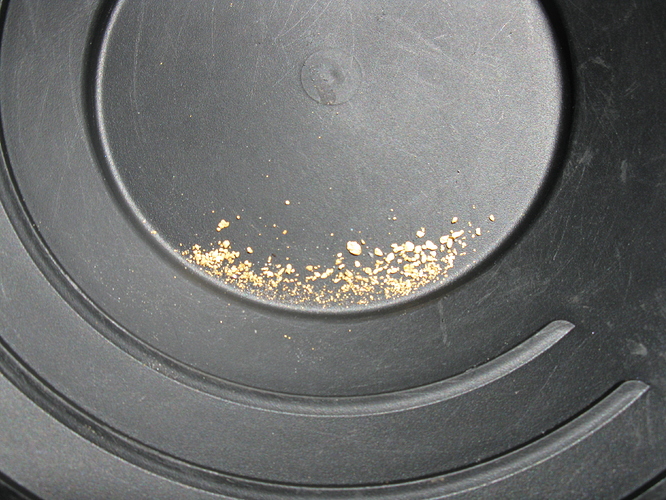 tried red clay/gravel opposite camp oven area,and this side bank upstream of oven, no results though

I’ve always had some when I’ve been about 300m upstream! 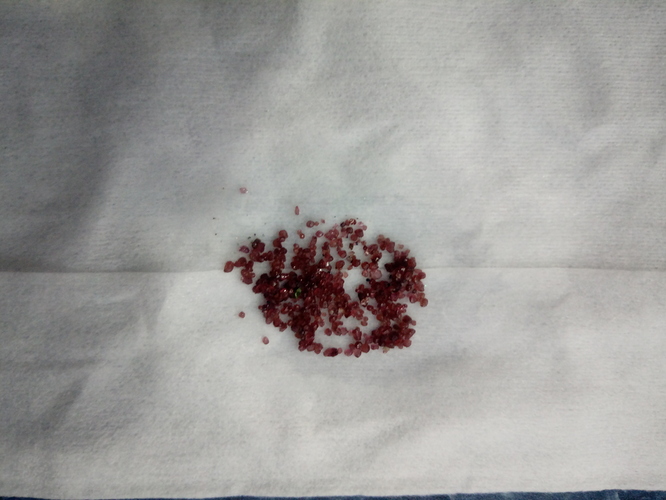 sorry about that panflasher. “north” was upstream on carpark side.
there are two bands of blue clay running across the river, that mark the spot.
what I thought were garnets (as pictured by rio-sue) is in fact
almandine sand (according to my rocks and minerals of nz book)
that is in the garnet family
hope this helps
HH&GL

t,hanks for that, will keep my eyes open during clean up

I am sure you probably know as the gold news travels quickly, but the beach and 20m either side at least has recently been regraded. I found this out only after finding nothing at all on the beach thinking it was strange. I also heard the claim owner on the other side of camp was found scraping off the top layers with machinery just before the bank was rebuilt. This annoyed me no end.

Anyway we went up again two weeks ago (100m or so up from the camp) and got 0.3g to show for two days of digging the hell out of a boulder pile near the bank! Speaking to the guys at Moonlight last week they are giving Slab Hut a miss for a while until it builds up again and I think we will too.

Hope this is helpful.

thanks for that news, bugger! was gonna head there shortly. Maybe ok upstream a bit ?

After I went to Nelson Creek I took my Nox and Pan to Slab Hut.

Lots of peoepl working here - unlike Nelson Creek. I went for a wander with the Nox but came back with nothing other than the usual few hot rocks and a bit of junk in the creek.

First bend upstream from the camp Mark (the permanent guy who got booted from Moonlight) was up to his armpits in a hole. Not having a huge amount of luck apparently.

I went the next bend up (past the exposed clay in the creek) as a a tree had fallen down and exposed some bank. Plus there were a couple of big rocks that looked worth digging under. Set the sluice up and started shovelling. Got knee deep in my hole and came back with a few more specks. Certainly potential if you have time to dig to the bottom. I didn’t - but was happy with what I got.

Went back to camp and a family with kids wanted to have a go panning so I lent them my wee spade and they merrily headed across creek from the camp and dug some soil out from an excavated hole. Showed them how to pan and they were having a ball - but didn’t find anything. They were getting to the bottom of their bucket and I emptied one of my bottles with a few specks into it and mixed it up. They were real happy kids when they discovered gold in their pan and went home with a west coast souvenir. So if you hear gold was found on the opposite bank the story is not necessarily true.

So I reckon (as recommended above) lug you gear upstream for as far as you can be bothered (but well past the camp) and dig a big hole and you should be fine,.

Sandflys were relentless in the creek - so must make up some of that Detol / Baby oil brew because the stuff I used only seemed to attract them.

Camp has good facilities. Running water and toilets. But no shelter if you are in a tent - like I was.

Main lesson I learnt was it is very hard to try and detect and to pan. Both take time to do well. Next time I’ll just set up the sluice and dig at Slab Hut. There was no chat of anything being found by detectors.