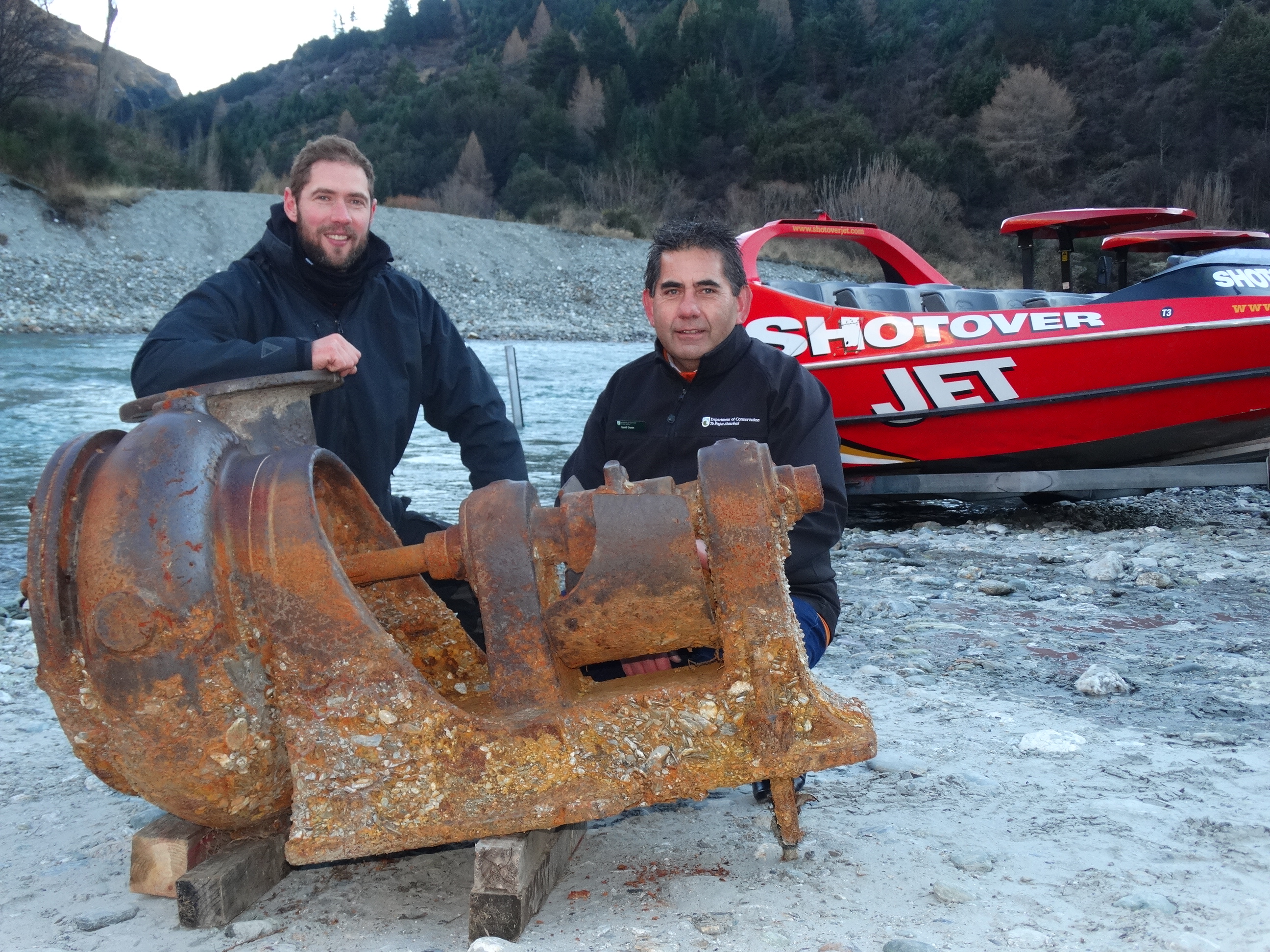 Jet-boat driver Joseph Coutts struck gold while completing routine maintenance in the Shotover River. While moving rocks near the historic...

The river was low and rocks were causing problems for jet-boats getting through.

moving two-tonne rocks from the riverbed.

Sure. If I was moving 2 tonne rocks from the shotover, I’d be panning underneath them.
That paydirt would be rich!

The Oxen Bridge Tunnel is a facinating story

January 1909 marked the completion of the tunnel but through an error in calculating the angle of the tunnel drift (proper surveying equipment had not been used) it was found to be four feet too high at the top opening.

With half the Shotover River flowing through it further work on the tunnel now proved difficult. So, using a boat, a large amount of gelignite was placed on the cliff face causing it to fall and then block the tunnel entrance. This enabled further work on deepening the tunnel to proceed.

Unfortunately, the very day after completion of the “wing dam” it was carried away owing to “one of the most disastrous floods on the river”. While the dam was rebuilt the river backflow still filled the river bed. Various pumps employed to drain the river proved a failure. Thus Oxenbridge and his company were only able to uncover a very small area of exposed riverbed, most of it just exposed solid rock. Only £600 worth of gold, “about 30 ounces” was able to be recovered.

About 1kg, worth $56,000 at todays money. Total investment was $2 million in todays money. Well it makes for a nice kayaking tunnel.

Makes ya want to get in there with a suction dredge while he moving those rocks aye. I think this part of the river is under claim . Surprised the claim owner wasn’t in there with his pan and dredge.

Speaking of excavators there was a guy in the arrow I think in the 90s or early 2000s that used to drive his 20 ton excavator into Macetown! and scrap out the big rocks and then get his suction dredge to go in behind. Apparently he did pretty well.

That was probably Mark Ralton. It is said that he paid for his house in Arrowtown from gold he found. He was usually the one who maintained the Macetown track. Unfortunately he died a couple of years ago while running on the New Chums Track keeping fit for his gold mining. Driving excavators all day he ran quite often to keep up his fitness. Heart attack. A sad day it was. A very well liked person. Gone way before his time.