Interesting to hear about a bit of dredging over the ditch… 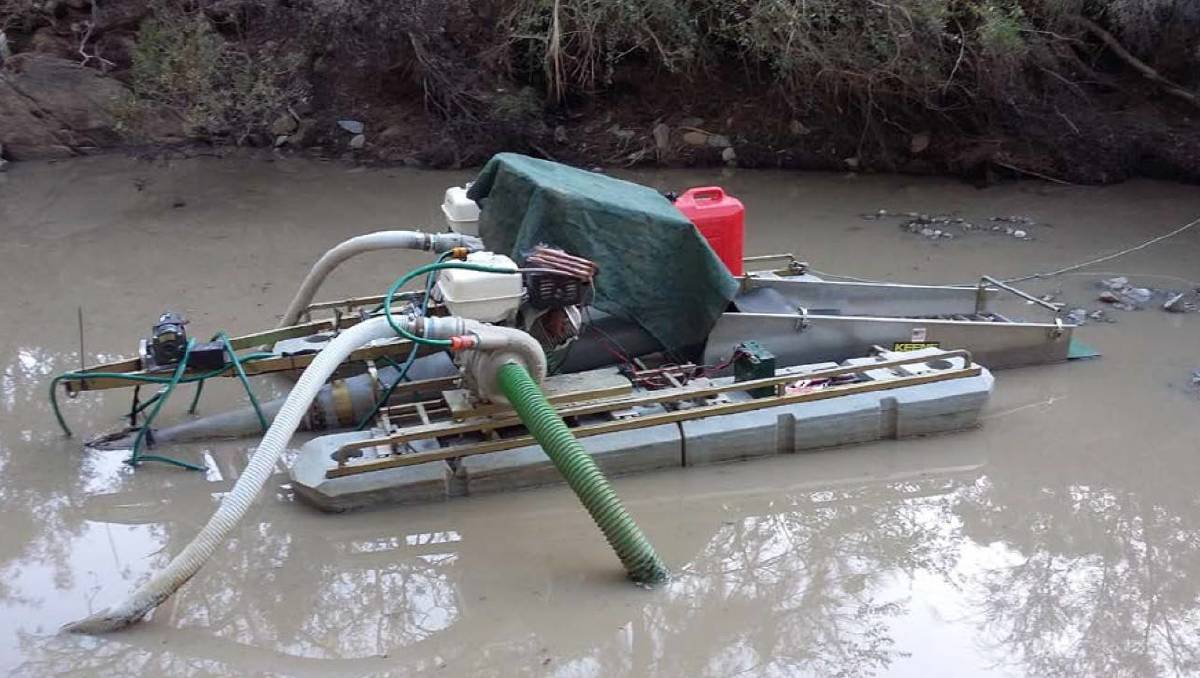 A powered dredge was used to mine for gold in the watercourse: Police say.

Yep and rich farmers ‘buy’ the Regional Councils and government so that they can pollute the water courses with impunity often as not!

When will the citizens of Australia and New Zealand wake up and put into power honest people who are not going to allow themselves to be corrupted by the dictates of criminals,aka the banking fraternity. When are good honest Aussies and Kiwis going to be able to legally take their rights at a nominal fee to fossick for THEIR gold in THEIR country.

I do not know the full story of the bloke in the article so to be honest do not know the legalities over there or whether he is in the right morally AND by right of being an OWNER of HIS country and thus a shareholder in its wealth or a victim of corruption and treason.

In order to know whether I sympathise with him I would need to know all circumstances. Over there you seem to be free to fossick for gold using detectors and such so I am assuming that his method of mining is what has got him into strife. Maybe its due to drought and water distrubance is disallowed for environmental reasons. If the costs of permits for his particular mining are beyond the legal means and costs of the average citizens then I would sympathise because it is unfair…after all rich bastards can afford to hire laywers and get the appropriate permits while ordinary decent people cant.

well im certainly not a rich person but passionate about what I do, I scrapped everything I had together to get my own claim so I could dredge legally , and what is unfair is to see evidence other people feel they can help themselfs to whats not theres without paying a cent

Yes you are absolutely right and I could not agree more BUT it should be made far easier for you to get a claim and be able to dredge it with hobby gear or by recreational means. Until this country got in debt big time to the offshore bankers it was so simple and easy to get a claim but now the government do not want you to enjoy a harmless activity in your own country.

unfortunately lammerlaw, and you are going to hate this, but the mineral wealth is owned by the Crown, and not the government or the people. Nope that lovely dear little old lady that lives in far off lands owns the mineral wealth of NZ.

realistically nothing will change. we are to small a group to have any political sway. nzpam and their money hungry mates aren’t even slightly interested in what we think. its hard to even get a straight forward answer from them let alone getting any action in our favour. totally frustrating but I cant think of anything we can do to change it. even if we send in email asking for change, a couple dozen emails will do nothing. petitions wont work. not enough people that would care to sign and even if there was. how many petitions produce positive results. best you can hope for is a photo in the paper with some unknown politician accepting it and smiling for the camera.

Nothing will change because people will not force a change - how do you do that? Media exposure even if its paid for - setting up P & M as the ogres - innoccent families having a picnic by the Clutha and having a pan for a few colours…Make the public AWARE that they have no rights and here is just ONE example. Get the public onside in the fight to protect the lives of New Zealanders and to reverse this evil that is encapsulating our country AND denying us our right.