Hi, have been a member for quite a while and often looked at most of the posts on the site but until now never got around to putting up a Post of my own.
So it’s a “Show and Tell” and hopefully will come out ok.
A couple of days ago I took a punt and tried swinging the coil around for a couple of hours in an area that I thought might be ok. The area was settled pretty early - 1850-1860s and there had been a fair range of activities around the area so was hoping it might prove fruitful.
I ended up doing about 2.5 hrs one afternoon and then came back early the next morning and did about 4.5 hrs.
There were some power cables in the ground and a couple of electric fences that caused a bit of interference but not too bad.
There was quite a bit of junk in the ground and I ended up digging about 120 bits of assorted junk but found it was a pretty productive area with a good mix of old and new stuff.
The pennies ranged from 1917 - 1950s although quite a few are too crusty to see actual dates but they have Queen Vic on them.
I was pretty happy to pick up the 1911 Aussie shilling and 1910 Aussie sixpence as well as the English 1916 and 1921 sixpences.
I’m sure there’s still plenty of old stuff there hiding in among the junk especially those little silver threepences.
I’m using a Fisher F 75 Ltd and Garrett Pro Pointer and was amazed how I was able to pick out good targets very close to real junk. I set the Discrimination high up and just really cherry picked the area.
Unfortunately I won’t be able to get back there again for a few months but will keen to have a good slow go over with the sniper coil.
So here’s a couple of pics of what I ended up with. 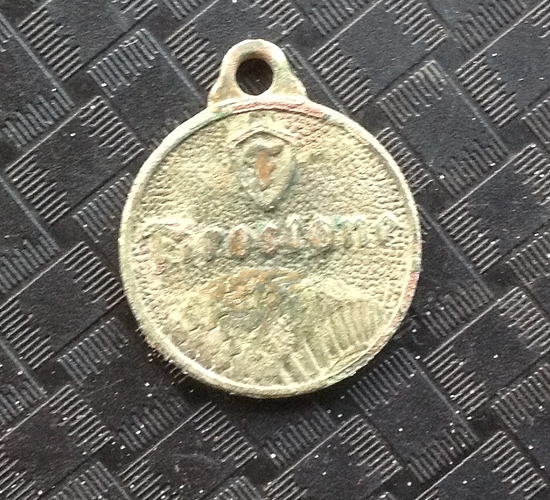 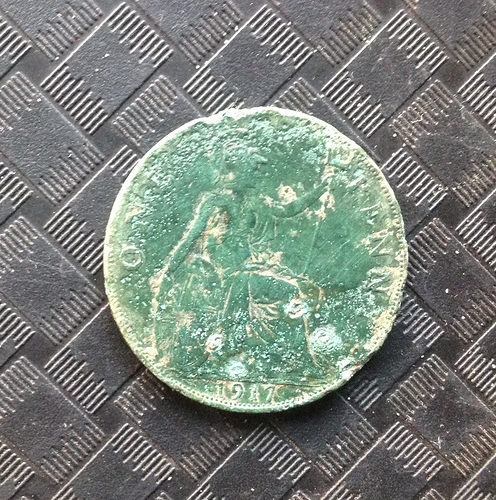 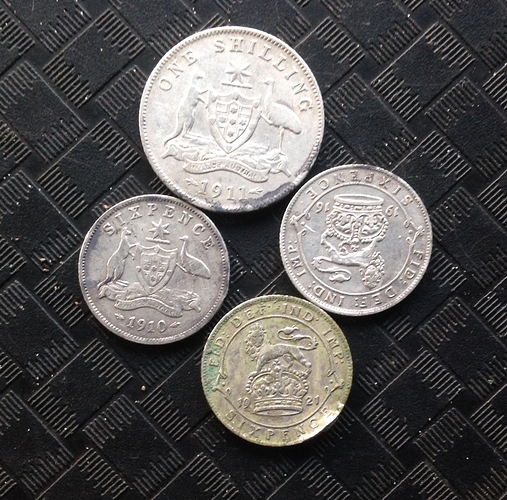 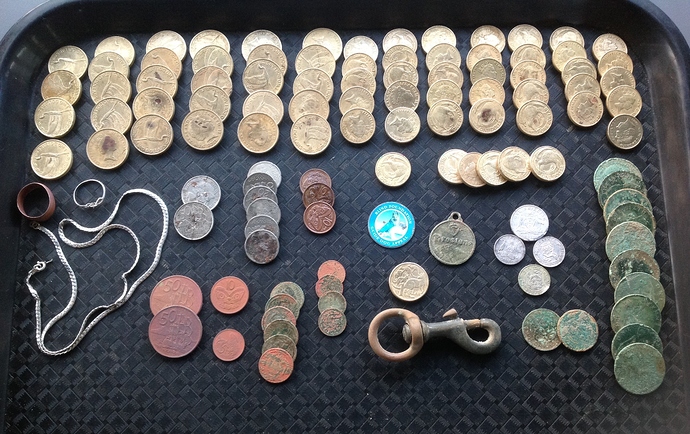 Oh very nice. Haven’t been out in ages and have definitely not found that much ever. Strewth

What a great hunt id be smiling for a week. Well done

A great haul - totally jellyarse BUT very inspiring! Now where can I go to find some goodies that the local worthies have not already thrashed!