I’ve been putting the coins in a jar. I need a bigger jar. 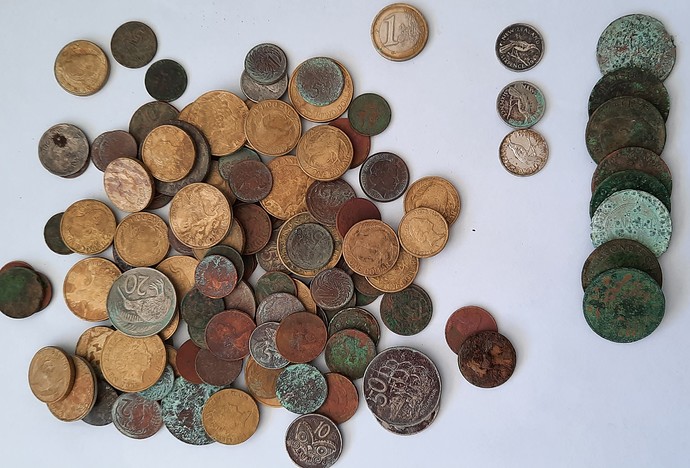 Back to the field again. Usual spendies ($1 in with the knuckle bones - someone had a bad day) and a few more silvers. Lipstick is interesting - 1920’s! And a 1903 penny in really good nick. Refining settings and now looking deeper. Bit of a challenge as ground is bone dry 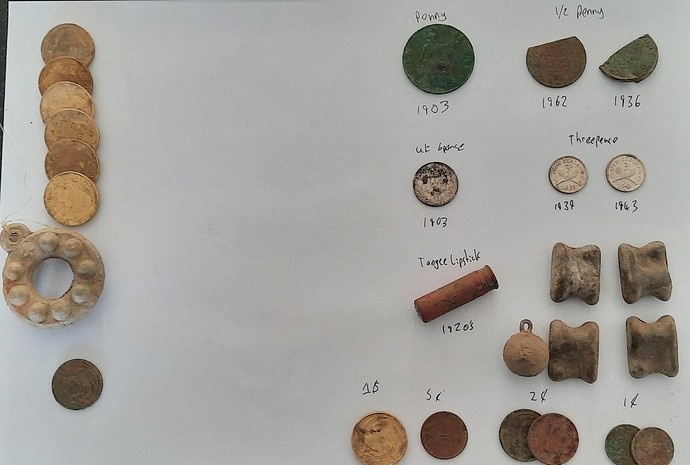 Pennys i just put in olive oil and leave that helps to keep them when you take them out . Silver soak in white vinegar and rub with baking soda come up good.

Had a couple of evenings out after the rain. Ground a bit softer. No idea what the sword trade thing is. 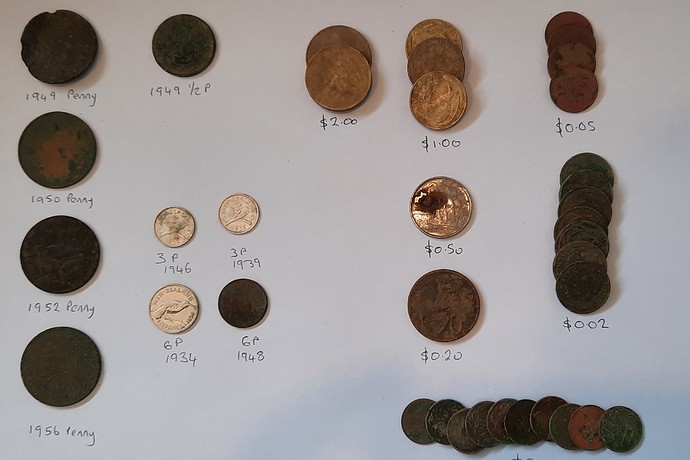 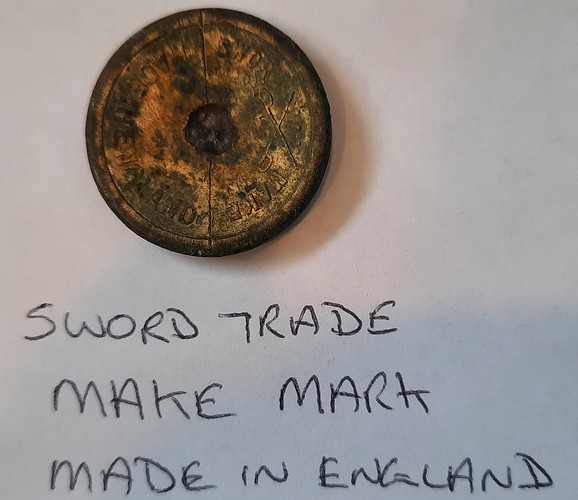 Nice afternoon today so headed out to a park. Another ring! (Number 2) 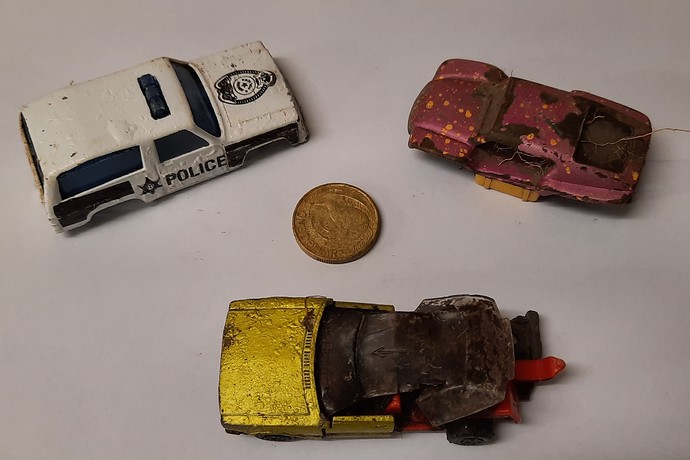 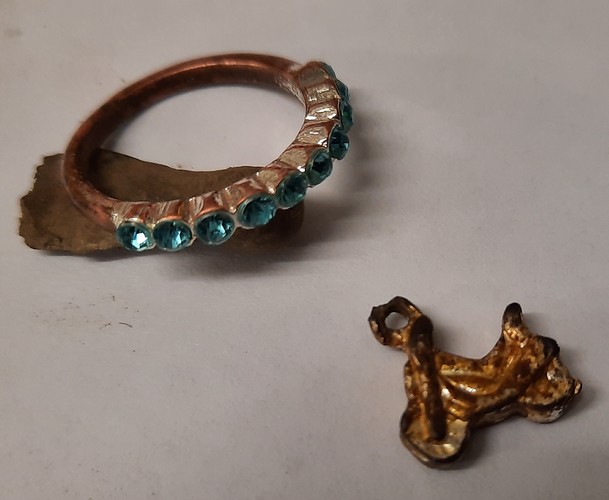 Had a couple of days at Goldsborough but no luck with the Nox. But did come back with some gold so a good trip. But time for a couple of evenings at the local home spot for a bit of dedectoring

A couple of Vics and a some Silvers. So a good haul. And a ring and Air Force wings. Plus some weird round things someone might know what they are. A coin / token with 1/3 on one side. Also three odd things with numbers and letters on them. Any ideas? 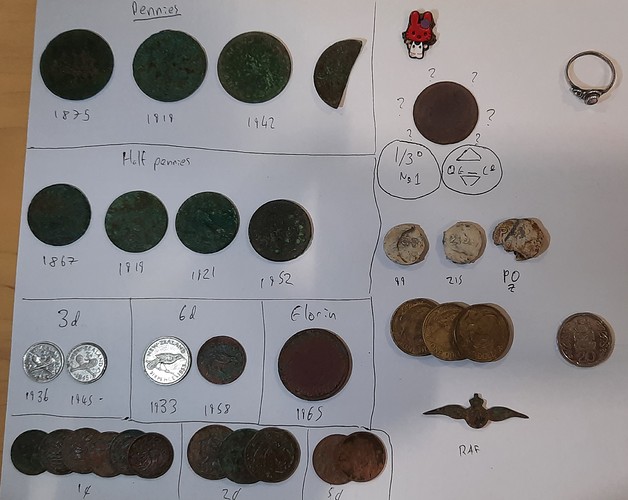 Always enjoy watching new hunters develop from their “all I get is bottle caps and tent pegs” through to WooHoo, First ring…

The “circular things” are PO bag seals.
I chased up if there were any database references to the branch numbers with Te Papa.
They referred my query regarding lead postal seals to an outside expert:

"…The Post Office Mailbag seal – GPO = General Post Office.
The AK 213 is used to identify where in the Auckland postal operation the “sealer” 213 was used - for example the mailroom, the parcels branch, the householder circular dispatch, the airmail section, the overseas mail branch etc.

However from a list put together by the late Robin Startup, the following feature:
July 1910 Sealing wax used for sealing mailbags abolished and replaced by lead seals and hand clamps on the Railway Travelling Post Offices and in main mailrooms. The use of lead instead of wax later extended to all Post Offices.
1 July 1911 Lead sealing, in place of sealing wax, for mailbags introduced at all offices throughout New Zealand. The twine was now knotted within a lead clip clamped together by pressure pliers, in place of molten sealing wax poured over the knot and then stamped with a seal.

From further research it appears that as a result of the Secretary of Post & Telegraph (D Robertson) visiting overseas in 1909, he recommended the “evil-smelling wax-pot could be dispensed with National Library of New Zealand. This would validate the above time period.

It is also likely that the Post Office Circular of the period would also have had information contained in it (although he has not specifically checked this).
There are copies of the 1910 & 1911 Post Office Circulars held at Archives NZ in Auckland and Wellington (with 1911 in Christchurch).

He also had a look at the file listings that have been transferred to Archives NZ and noted – Archway, New Zealand Archives a report on alternatives to lead seals for sealing mail receptacles (1968).
This was at the time when metal and plastic clips were being trialled and at a later period moving to lightweight mailbags led to the sewing of mailbags being sent overseas.

He is not aware of the records relating to the numeric numbering series relating to seals for any postal district/area having survived.

With the removal of sealers & seals shortly after the formation of NZ Post in 1987, the examples in the NZ Post archive have the “telegraphic” office code (generally two or three letters) of each individual Post Office. These codes as well as appearing on telegrams, also appeared on registration and insurance labels.

Originally the list of offices and telegraphic codes were published in the Post Office Guide, but at a point in time there was a separate publication issued “List of Offices” – a copy of which is in Archives NZ Archway record (R20934576)."

Do you have a printer/scanner? try putting the unkown coin (probably a token) on that and scanning it for a better image.

Envious of the RAF wings, my father dearest was RAF and something like that is the Grail for me.

Wow, thanks for that MW. I would never have got that. But now begs the question why they are in the field we are in. More to ponder.

Heres a scan of the token 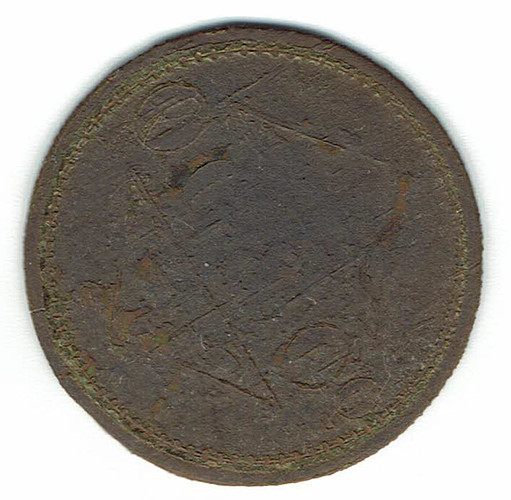 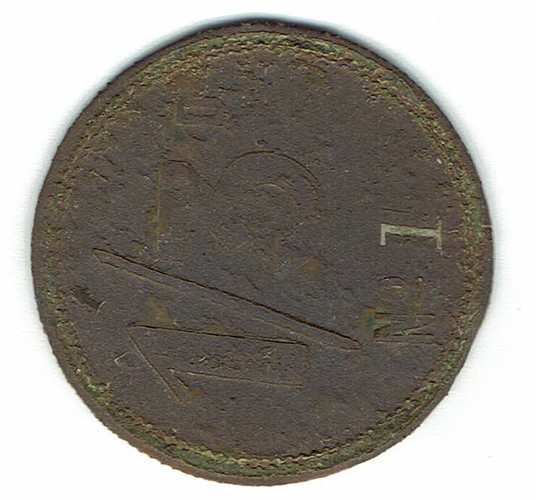 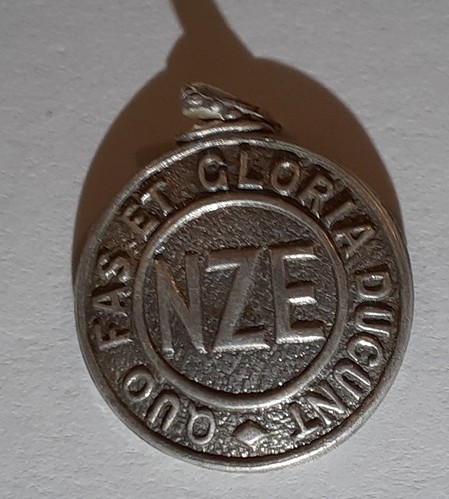 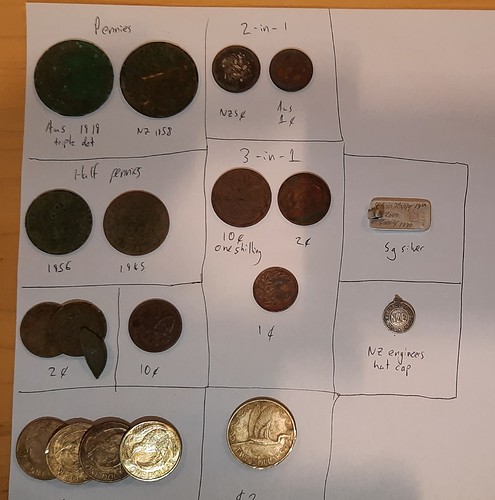 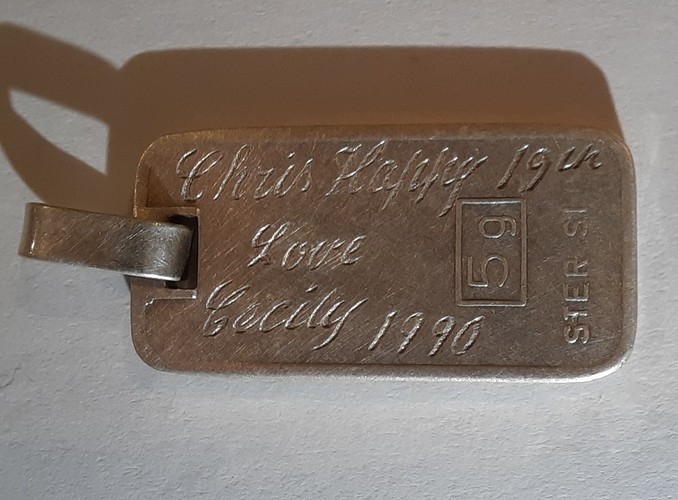 Had a bit of a hunt in some creeks around Queenstown but turned up nothing but bits of old iron. I stopped at an old miners site on the way home and got a very solid 7 in Gold 1 - it was in a bit od bedrock schist by the river. Quite excited I kept clearing out the crack and signal stayed a solid 7. Broke open a bit of schist and the signal totally disappeared. I couldn’t pick it up any where around. No idea what happened. Soent a few more hours and only came up with more nits of itrn and got excited again only to dig up a squished .22 case.

Heading home stopped at a river I knew had a swimming hole. Came up with a few spendies then this wee thing. Its very small - smaller than little finger nail But its a ring thing that looks like it probably hung from a thin chain necklace. Couldn’t find the neck lace. 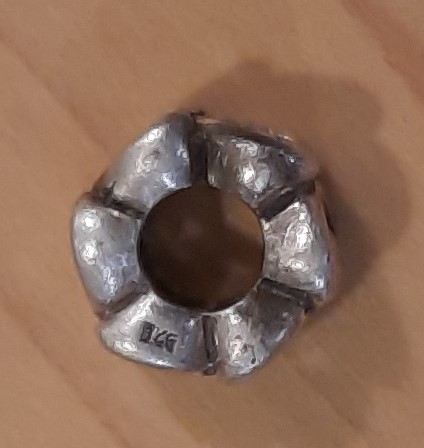 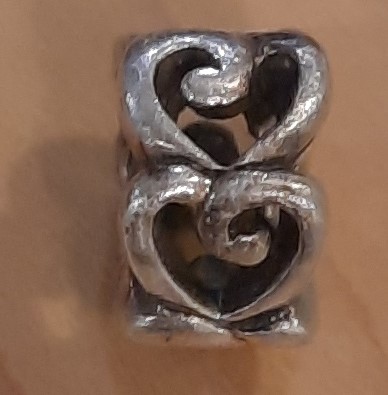 Had a bit of a scan today and came back with a silver and couple of pennies. Heres today’s finds 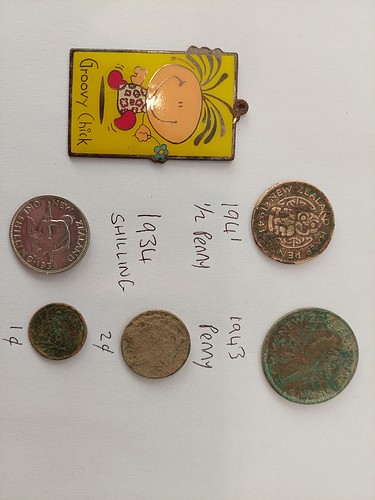 and put into the last weeks finds 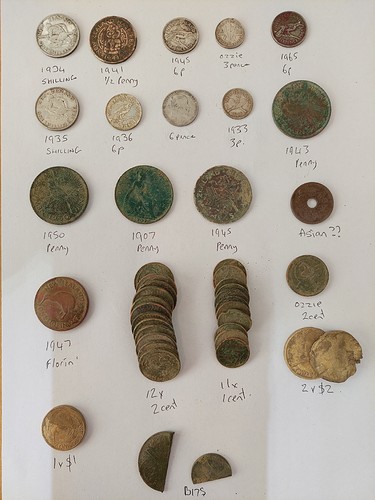 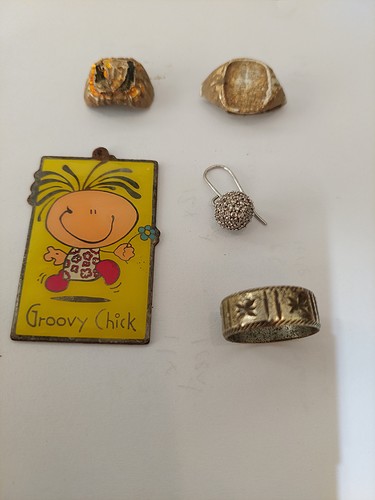 Sorry, life has been getting in the way for the last few months.

Here we go on a couple of IDs: 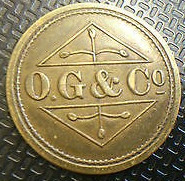 Crossed sword item is a button back, similar age bracket to the token. 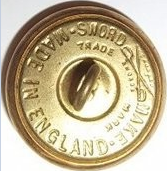 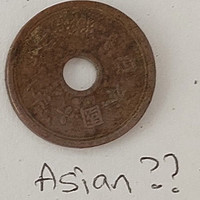 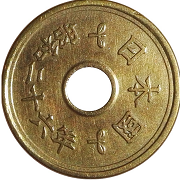 You have some interesting dirt there, keep working it

Thanks very much for that. Must try to get back out again

This looks like a silver charm for a ladies Pandora bracelet

Thanks for that. That would make sense for the location I found it.