Firstly, Papers past is a fantastic archive, literally full of golden information and you can word search the images of historical articles.

The Obituary notice of the late Mr George Fairweather Moonlight has revealed the location of his final prospect and camp. Information found no where else i believe.
George had a knack for finding gold deposits but what was his secret?
He was reading the path of glacial ice by the shaping of landscapes, exposed geological patterns relating to the paths of glaciers and the placements of minerals.

So why was he in Frasers Gully?

Frasers Gully is In the top of the South Island, between the Howard Valley gold fields and the Wangapeka gold fields in an area called the Hope, practically a straight line between them.

Upon standing at the junction of the Howard Valley and the main highway, looking North through the Hope area onto the Wangapeka deposit, you can clearly see the world through Georges eyes.
An undeniable glacial trough carved through the hills as the ice travelled north depositing its heavy metal treasures along the way as the pressure drops out from underneath the glacier as it passes over ridges of solid bedrock.
Mr Glacier grows from somewhere near Torlesse peak in the alps, picks up a quartz lode, drags its cold arse through the Lake Rotoroa sump and has its first golden dump in the tops of the lake creeks then heads for the Porika/Howard, grinds over the ridges and dumps hard in the tops of the Louis/Maggie/Maud.
Then the frozen giant carves out the Hope on its way to the Wangapeka, has a royal toilet stop there, another on the Mount Arthur, Ballon diggins, Grecian stream, Waitui and so on.

George, by my powers of deduction, was hunting for the deposit the should link the Louis deposit to the Wangapeka deposit.
It possibly wont be very large, 20 kilos and will only be 3 out of 200 creeks and will be in the top half of the creek under a layer of gravel not very deep.

George was not silly when it came to locating deposits and obviously knew what he was doing which brings me to the point of all this.

Moonlights prospect in the Hope-Fraser Gully area was rudely interrupted by the hood ‘n’ sickle and is incomplete.
My question is, should the completion of Georges prospect be carried out in the Fraser watershed?

Great article mate.Might have to go for a wander lol

Yes id definitely be keen for a trip into that area and at least locate Georges camp.
I searched for years to find something about Moonlights last camp and then it dawned on me, the original newspaper obituary notice, then i found papers past which has every geological survey publication in a data base going back into the 1800s.
Unsure if anyone has actually been in there for a look. Id imagine its not a day trip as the access is impossible by vehicle. One would have to tramp in for a day first, set up a camp then spend a good six days testing creeks and even then that would not be enough time unless you just happened to find that drop in the top of a creek.
I have a lot of glacial data and advancement maps through different times for the south island but unless youre actually there then its nothing short of a tease.
As far as George would be concerned its “unfinished busness”

Have you read Moonlight by J Paton Boyd,Published by Murchison Historical and Museum Society 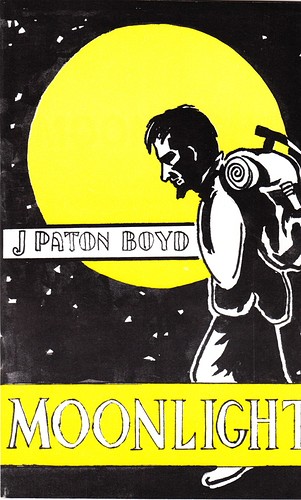 That be the one.Interesting read

These are great reads too for Moonlight buffs. 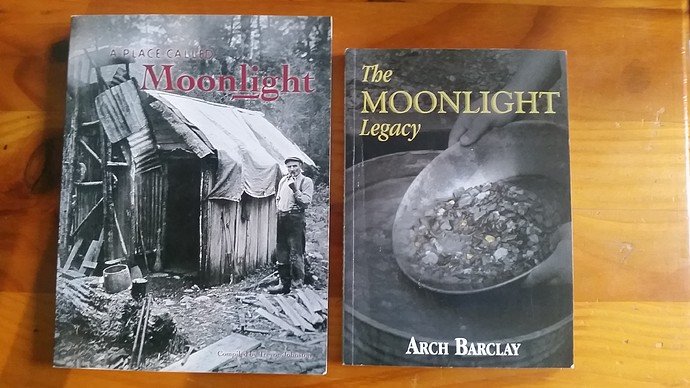 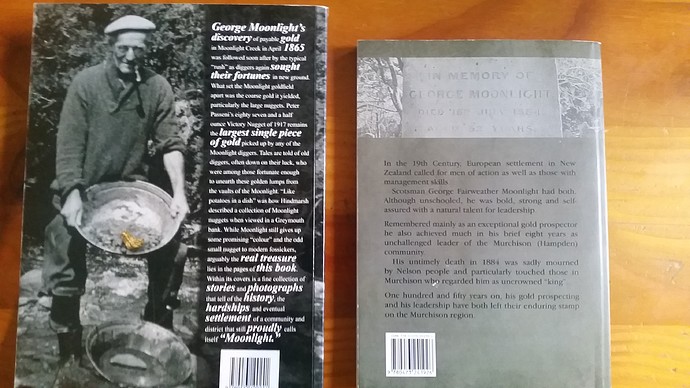 Great reading there
Do any of those publications mention his prospect in the Hope at the time of his passing?

Hi there, Not to any great extent. More just the general area of where he was prospecting when he “went missing” & the search & eventual discovery of his body. The only person that will really know his objective is George himself & …well…he has taken that with him.

There is mention that he teamed up with an acquaintance, Jack Baillie, to return to prospecting in the Big Bush area in the upper Buller catchment between Lake Station & Glenhope. He had often said there was another area he would like to work.

In a letter he wrote to his daughter just prior to going missing he stated that “Baillie’s place was no good ( I assume that is to mean a spot Baillie liked the look of to prospect) Baillie is not much but he is company.” Obviously George didn’t think much of him as a prospector.
It then just mentions their camp was at Big Bush in Frasers Gully near Station Creek. They prospected the area throughout June & July . On the 15th Baillie left George at there camp to prospect some gullies upstream. When he returned at 4pm George had gone & never returned.

But I guess you would know that already. George was adamant there was gold to be found in that area. If so, it is still there.