Its taken a while but I am now ready to field trial the SM Super Gold Sucker at Slab Hut next weekend.

Getting the right plastic bits together took a bit of trial and error. But after a few goes I have now ended up with this 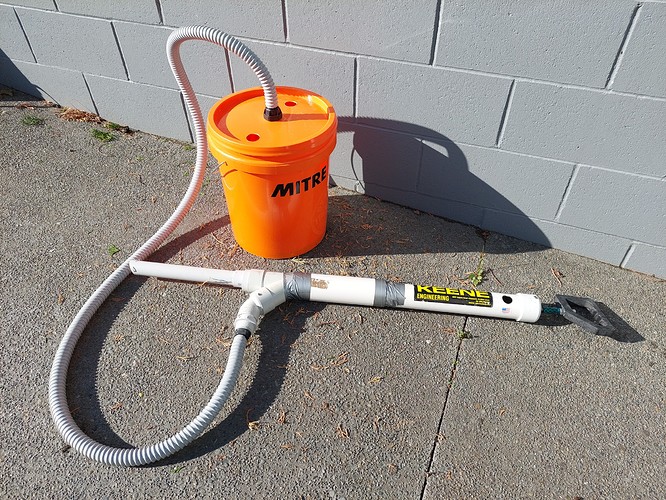 The SM Super Gold Sucker does come with some special design features. Like the secret patented valve system made out of a couple of washers, leather glove and milk bottle. Getting the valves to open / close was a real challenge and has taken lots of different trials. But I’m at a point now they seem to work. No photo - secret! But this is the valve assembly 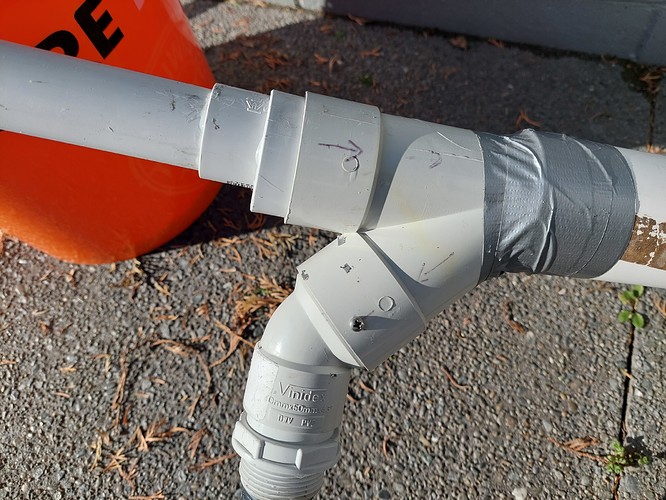 There is also the Boulder Stopper. The sucker is so powerful it can suck boulders. And there is nothing worse than a boulder going up the nozzle and blocking the valves 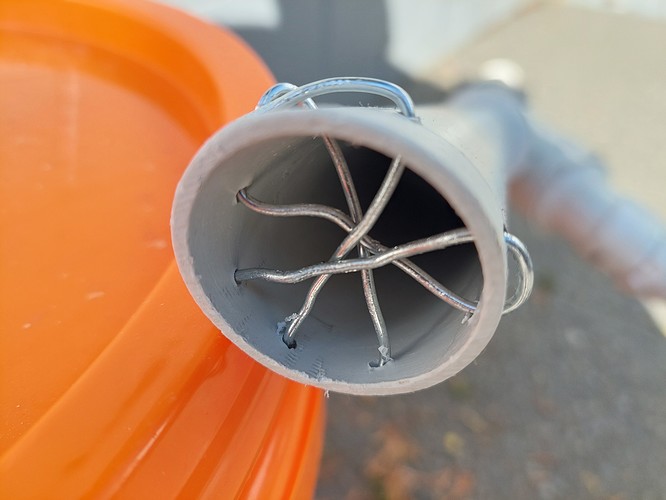 The nozzle is big enough to suck up all those nuggets. So there is a built in Nugget Connector. 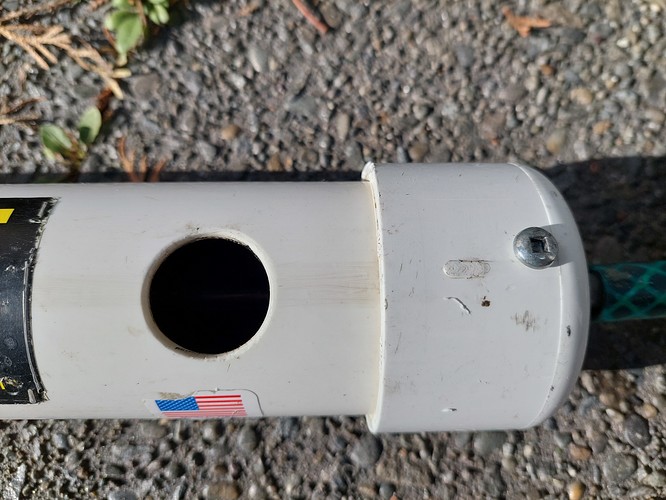 But the big question is - does it suck? Of course it does. 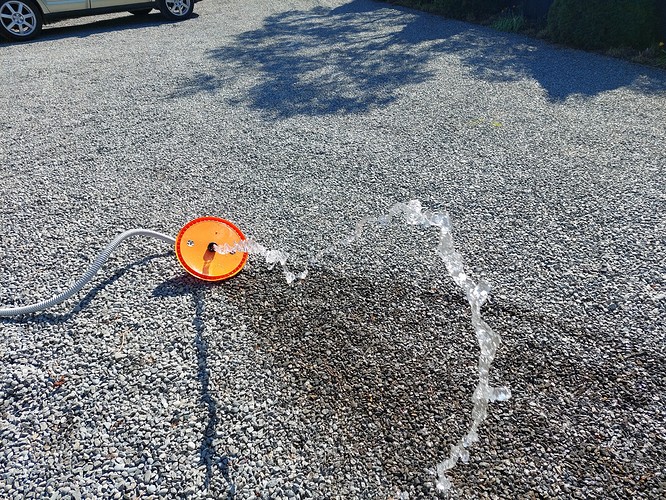 That’s the lid of the Gold Collector. Which has been designed so the water flowing into the bucket is displaced out of the holes by the gold being pumped into it.

Looking forward to next weekend to give it a go!

I reckon you do away with the collection bucket & just suck & pump the material directly into a sluice box. Then you have a mini light weight silent type dredge. Just keep on sucking & pumping into the sluice box until you need a break or want to check the box. That way you don’t need to stop when the bucket is full & you won’t have so much worthless material to have to pan out as the sluice box is doing most of that for you while you are busily sucking & pumping all that gold into the box.

Thats my next cunning plan. Current plan is to just shovel bucket contents into the sluice.

I need to check the pump in the field first to see if my one way valves hold up.

The first challenge into the sluice box is to somehow throttle back the pump out. At the moment I can get the water flying over 3m. Somehow I’ll have to figure out how to get it landing gently at the front of the sluice without blowing out everything my sluice has already caught. It could be as simple as just drilling holes in the bottom of the bucket and sitting the bucket at the top of the sluice.

I’m kind of hoping that the pump into the bucket will create enough turbulence to send the heavies to the bottom. So I should be able to quickly pull off the top, say 2/3ds and just run the bottom 1/3 through the sluice.

I think you will find that when you are pumping gravels they wont be flying over three meters & you will need to make a crasher type box at the head of the sluice box for the gravels to dump in to & then fall into the sluice box.

Since this weekend is about field trials thought I would do a $15 mod. A container with hole drilled in top for pipe and jigsaw a slot so the gold falls out of container into main flow of water entering the sluice then collecting on the mat. Bit of left over pipe to create some tilt. And a tie on to hold it all together.

Risk I see are 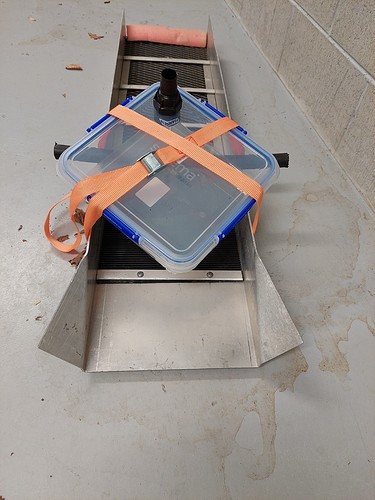 Could be raining again

Its the coast - so bound to be. But a test of the rain coat as well. I’m hoping some rocks have been moved.

Was that you with the caravan up at slab

No. That was Kevin. He was from Bay of Islands doing a 4 month trip down south. I was just upstream on the parpa

Good on ya mate,I’ve got one of those Aussie yabby pumps ,been trying to build a one way gate valve for a couple years now,same sort of thing you’ve done, I’m pissing around with a steel one now after numerous failures,gunna let us in on your valve design have a design in a safe place ( my head) or not so safe, kust hsvnt hot around to doing it keep us posted mate. Ps like kW says Mt it straight to a sluice
.

Well, my field trial didnt go quite to plan. I found the parpa at slab hut and creek was low so I decided to just dig a big hole to get what I could off the parpa. That ended up being a bit of a waste of time as there was essentially nothing on the parpa and the gold I got was in the sands on the surface.

Anyway I left my trial to the end. Which was a mistake as it had been raining and the creek level rose and I didn’t really get to suck out the spot I really wanted to.

So I just stuck the super sucker in a nearby spot on the barren parpa. And it seemed to work. I didn’t take any decent photos so there is only these two of a random suck. This was the result of pumping 20 liters into the bucket.

At this point I am pleased it is sucking up sand and the small gravels. Weather allowing I’ll head to goldsborough at Labour weekend and give it a decent work out there. 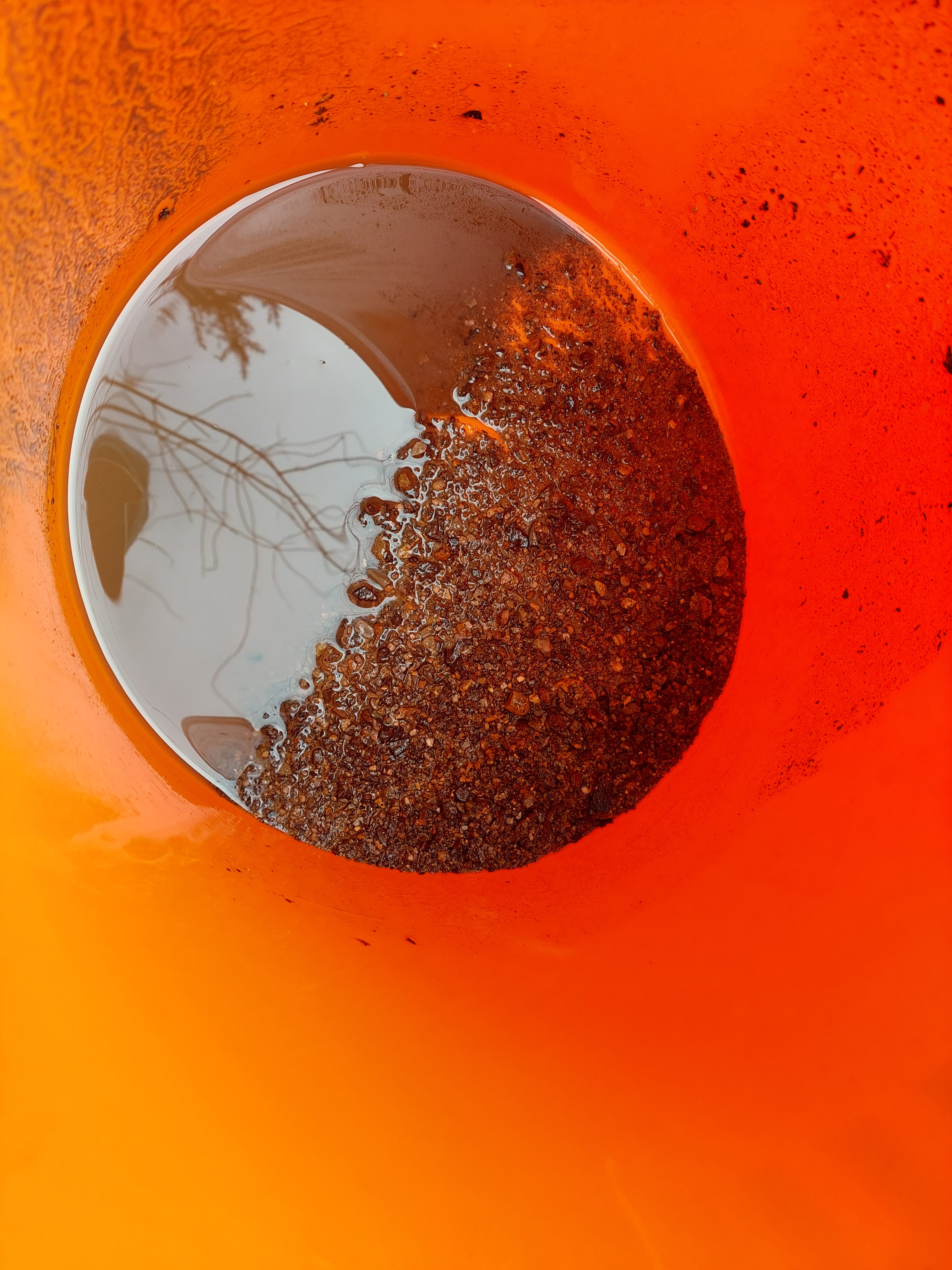 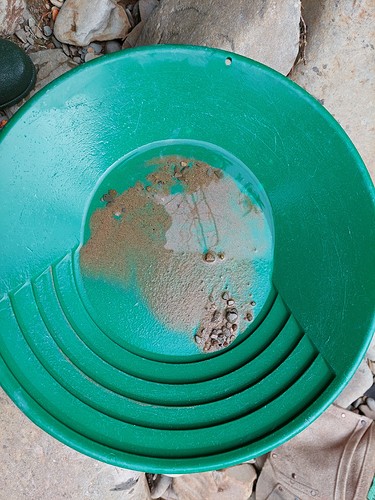 There were a couple of specks of colour in the pan. So concept seems to work.

I’m still in the concept stage but here are the parts that go into the valve. Also need a bit of fly line backing and a milk bottle.

Its taken me loads of concepts to get to the point I am at. Its tricky getting a valve to rise and close efficiently - especially when you want the second valve to work at the same time. One has to open while the other closes. Sounds simple - but it really isn’t. I tried making wires springs to close the valves but that hasn’t really worked. But my milk bottle mod seems to be doing the trick

Also it has to work so that a bit of gravel doesn’t jam a valve open - once that happens the whole thing is kaput.

The main component of the valve is the leather glove - so quite a few trials with that as the texture changes when it gets wet - but I think I have that solved now.

The only issue with straight into the sluice is that the sluice has to be close to the hole. At this point I don’t know how long a pipe I can pump through. So I figure pump into the bucket for a while then have a rest while I trowel bucket content into sluice.

I have to remember a couple of things. Fill bucket up with water first so it doenst float away. Also to empty hose out before I lay the Super Sucker down. 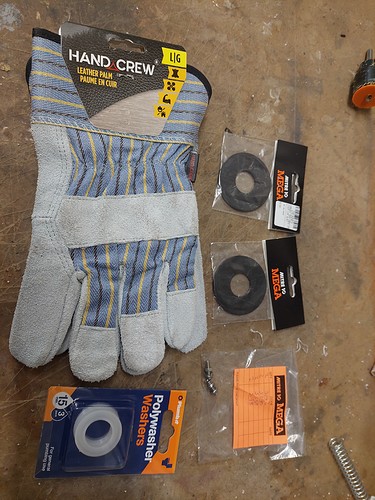 Time for an update as I finally gave the SM Super Sucker a bit more of a trial.

Heres a photo of it in action. It works! (I did have issues with first trial, but after lubing up the plunger with some silicon grease it worked better). Able to set the retrieving bucket on the side of a hole and drag the Super Sucker and hose all around the hole 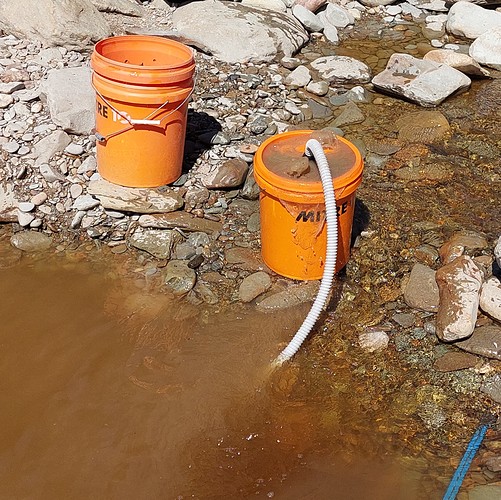 After pumping about 25 litres of water and potential treasures I end up with this much from the bucket. 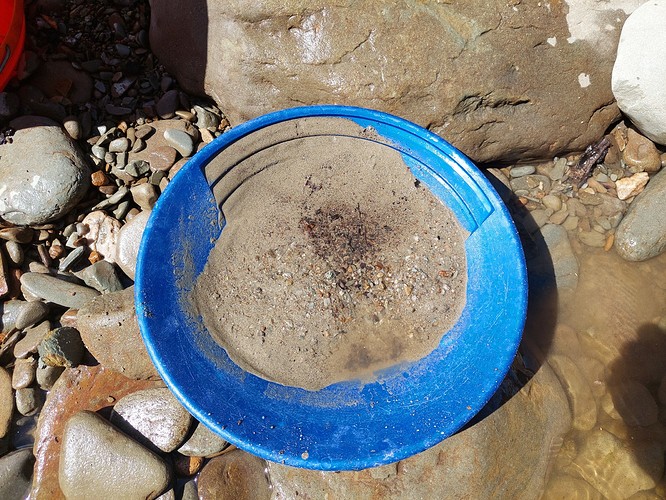 Sadly no gold in the pan!

Still one more refinement to go. The sucker does get jammed. I think I have put too much gravel protection at the nozzle - so it doesn’t take much to block it. So I’ll trim back some of the wires and give it another go. Hopefully back to the coast in February for another trial.