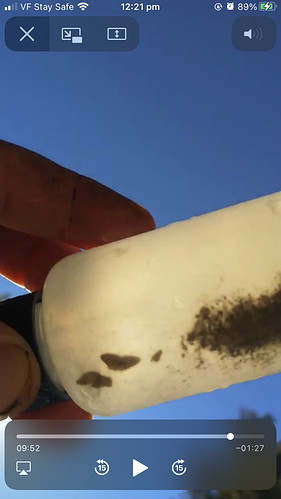 image750×1334 97.4 KB
Lost my little minelab snuffer bottle about a week ago. If floated down stream into the shot over river area, got the gold from a claim near by with permission, can get a photo of it soon with the gold that was lost as there was a video taken of it moments before haha, congrats to anyone that found it!
2 Likes
kiwijw March 28, 2021, 11:23pm #2

Bugger…might be in Lake Dunstan by now working its way down to the Clyde Dam. Guessing you were in the Moke.

Yeah, I hate it when I accidentally run a catch and release operation. Happened a few times with tweezers flicking a piece back into the creek

Put my bottle with maybe 3 grams on a low rock in the stream last year…and when I turned around it had gone invisible! Either the fairies stole it or my disturbance washed it off the rock and off it went down the creek.
Years ago had another bottle fell off the bank and broke over the rocks in the Arrow
Not so long ago had maybe 1/4 ounce in a pan and was in the creek throwing rocks out - need I say more - one rock got the side of the pan and spun it through the air and I guessed it rained gold. I got maybe half it back!
In the 1970s I lost a ‘Skoll’ brand suntan oil bottle with about an inch of mercury with perhaps 2 or 3 pennyweight of flour gold in it - dropped on the river bank somewhere.

“Such is life”, last words of Ned Kelly.

“Such is life”, last words of Ned Kelly.