Continuing the discussion from Treasure Hoards from the US:

One not mentioned in that list is the recent salvage of the SS Central America , a side paddle steamer that sunk carrying 21 tons of Californian gold rush gold . About 400 people died . Considered the largest bullion recovery in history. Some of the gold bars recovered were over 50 kilos each . The mud around the ship wreck is so rich in fine gold from the drowned passengers pockets that the recovery crew are dredging the mud .
Fascinating book written about it called “The Ship of Gold in the Deep Blue Sea “ by Gary Kinder . It’s one of those books that once you start reading you can’t put it down .

Treasure Hoards from the US 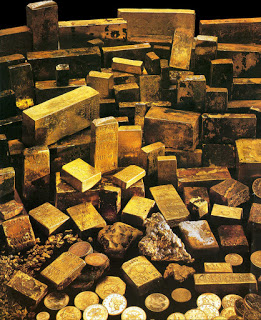 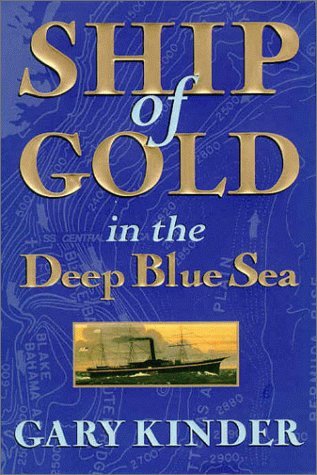 I pointed the SS Central America out in the original thread. I actually had two small California State gold coins which l got as a school kid from a fellow whose Uncle was a director of one of the Worlds leading museums. The guy l got the coins from also rose to become the worlds leading authority on ancient manuscripts. Of course the coins l had, and still have one, were not part of the Central America hoard.
It is interesting to note that ome of the Californian assayed were known but the only gold ingots to exist which were produced by them were those found on the Central America so those ingots are unique. Some of the gold coins such as the octagonal $50 pieces are worth in excess of $50,000 US today…each.

It’s been a few years since I read that book , but from my corroded memory banks I think that prior to the Central America gold recovery there were only 3 of the 50 dollar gold coins in existence. They found about 170 of them on the ship , which must have pleased them as much as it would have pissed off the owners of the three coins !!
I also remember the insurance company who paid out on the 1840’s wreck trying to claim all the gold as theirs, after it was recovered from about 6000 ft depth . Think they got 3 million the greedy blood suckers .
The salvage hunters auctioned all the bullion on eBay, over many years , as certified Central America bullion and got much more than its gold value. They wisely have never revealed how much they got , nor if they have finished with the site or the auctions. As I say , a really good read for anyone with the gold bug. Which Island do you reside Lamerlaw? If it the North would love to catch up for a chin wag !

Yes it is an excellent read. I have followed the SS Central America story for years…the sort of read that l like.
There was another treasure shipwreck but it was Confederate silver if my memory serves me correctly. I have forgotten the name of the ship and circumstances.
No l am jn the South Island. You can message me if you like though. It is a pity that you are not closer. I do frequent Auckland and the Coromandek a bit though.

I’m from Whangarei . Will get in touch next time I’m in the mainland . Spent a few days last week at Slab Hut , met a couple of lads John and Mark , who both knew their stuff . Will head to Dansey towards the end of November .

I was in Whangarei a while ago but rely on others for transport si can be pretty restricted as we just pass through. I live in Dunedin. Wet, chilly, foggy, dismal shitty Dunedin.

Will get in contact mid Nov . Will fly into Dunedin , pick up a car , and drive to Dansey for a few days. Would be good to catch up.

That would be ok if I am around as I may or may not be in Auckland then.