Would really like to get, but recently got an unmoded 4500, darn. any one want to buy an unmodded GPX 4500

The 4500 is a fantastic unit.I have an unmodded one. Has found me a lot of gold here in NZ. & a Woody modded one that I got just prior to getting the GPZ. I know Woody gets a lot of flack around the world, probably more so in Aussie, But his modded 4500 found gold my standard one didn’t. My very first piece was straight down from the car park in amongst the bed rock at Moonlight Gully, (West Coast) Probably the most thrashed ground at Moonlight. That blew me away as I have had been over this ground with my GP 3000 & standard 4500. I was using a Nugget Finder 14 x 9 coil too. So not a small coil for bed rock sniping. I had to double & triple check to make sure the detector was turned on & the threshold was working as it ran so beautifully quiet. Every other man & his dog with a detector would have waved a coil over this area. In my humble opinion there is no way I would sell a 4500 to get an SDC 2300. I know…as I have an SDC 2300 as well & I don’t rate it any where near the 4500. Just think about it. You only have that one 8" coil so you are limited straight away. With the 4500 you can wack on a zillion different coils, each one being a game changer. You don’t get that with the 2300. Tell your mate to reconsider.

Best of luck out there 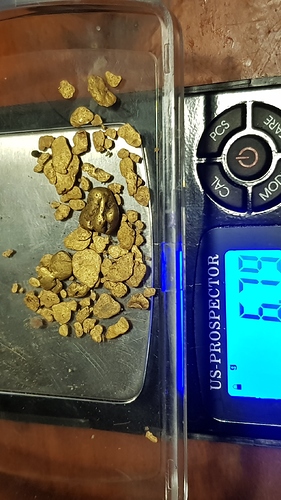 Hi Craig. I live in Queenstown & detect around Central Otago areas. It is not very often I get up the coast. My last time at Moonlight was october last year when I purchased my Zed. I went up to moonlight using the modded 4500. Ironically while I was there I was shown photos of a 1.5 ounce nugget found with a 2300. Having said that I am going to Haast tomorrow for the weekend. Not looking for gold though. Cheers.

Thanks for reply he
Funnly enough there is a really good spot at haast known for large large nuggets planing to head there very soon for look after finely finding out where it was … was that 1.5 ounce found at moonlight ?i really need to get up there and explore only 40 min drive from mine just figured the main moonlight creek will be floged to point wont find much mite have to look in to creeks close by moonlight Nelson creek area ? But 1.5 that’s a nice lunker wonder what depth it was found at seems the sdc starts dropping of pretty strongly after 8 inch or so but haven’t tested it on bigger stuff … I have a 2300 As well like the water proof compact design and my modded 4500 but after using the 4500 the sdc feels very low on power i have to say lol but guess it’s made for small shallow gold … I’m accturly heading to queenstown 14 15 16th got permission to detect moke creek and couple areas there not sure what to expect there ground wise but taking all my ones hoping it’s good for the gpx

Hi Craig. The 1.5 ouncer was found past the first swing bridge up one of the side creeks that flows into the moonlight. It was well above the creek up on the high steep bank. Was also told of a 6 ounce nugget that was found last year, believe it or not, on the track just 5 minutes up from the car park. Was a screamer of a signal & the chap thought it was going to be a horse shoe or something. He just kicked at the ground with his boot & there smiling up to him was the nugget. Man, I & many many others would have walked over that many times. Knowing the chap who told me I believe him. The moonlight was well known for it big nuggets & I am sure there are still many there.
Has Danidor given you permission to detect on his Moke Creek claim? There was good gold there but like most QT areas has had a hiding.
I was in Hasst, jet boating up the Arawhata river south of Hasst. Although gold was found in that location it wasn’t much. Arawhata Bill tried in later years & found bugger all. If the area you are talking of is where I think it is then it is north of Hasst & with out saying too much, not far from Ship Creek. Am I right? The 2300 is probably better suited for the West Coast with its water proof ability & compact fold up easy to back pack design to get in amongst the bush. For Central Otago the 4500 rules…but more so the Zed. Just wish the Zed had a smaller coil for those tight spots. Cheers.