Cold hunt 3 days in the snow and ice 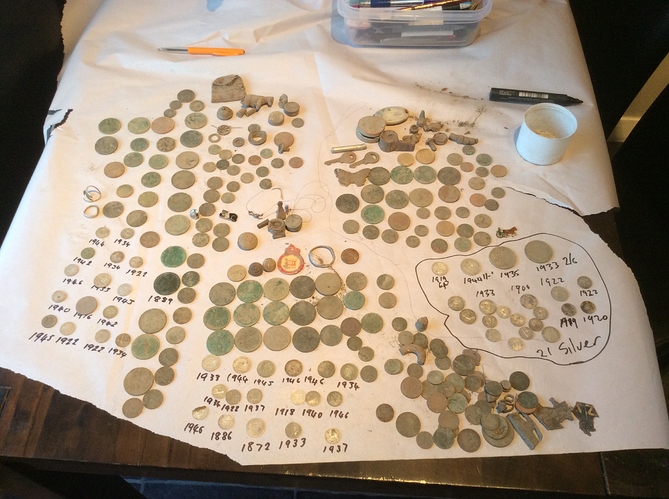 Now that IS the Cats pyjamas - totally cool! The sort of road trip that I like.

Very cool indeed. I can see a few rings, a NZ Forces button. Whats the object with the lid just above the two keys.

Awesome!! 3 day roadie…doesn’t get much better than that.

Hi I think it is a make up compact

I might need to join my local detectorist gang.
3 detectors appear to be far better than 1

Nice haul!! What sort of sites were you detecting?

Absolutely brilliant finds. Would have loved to have been part of your party. Well done you.
From this distance, if I’m not mistaken, the round canister thing above the two keys could be a canister that held condoms. Usually given to men of the armed forces. These were a common thing to find as soldiers used the condoms not for the purpose of which they were issued but to keep dirt or sand from clogging up the barrel of their gun. The canister was made of tin and later during WW2 was made of aluminium. Without actually looking at it I can’t tell but it may have an embossed lid although in later years they were painted.
I have found a few of these in areas were the armed forces trained before being shipped out to Europe.
The pictures below are an example, not the ones I found. 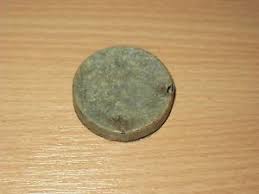 I know of several old halls, perhaps it’s time to get some permissions.

yes well worth it we just ask someone near by and they always point you in the right direction. old halls have been good to us

Old halls and buildings make for good hunting. The paths leading up to the front door, and around the front door area usually produce some neat finds.