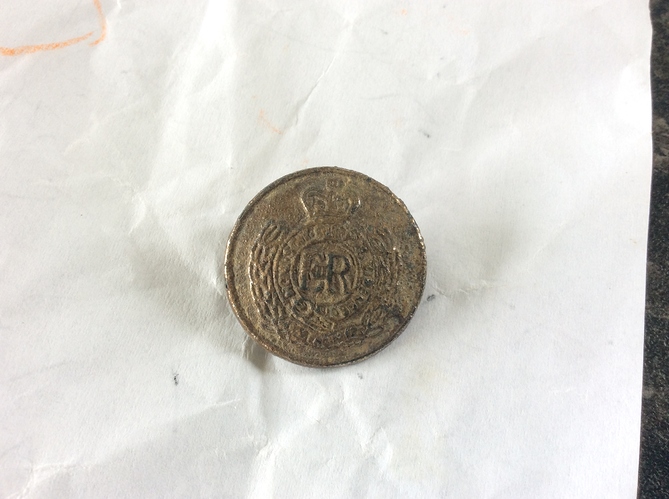 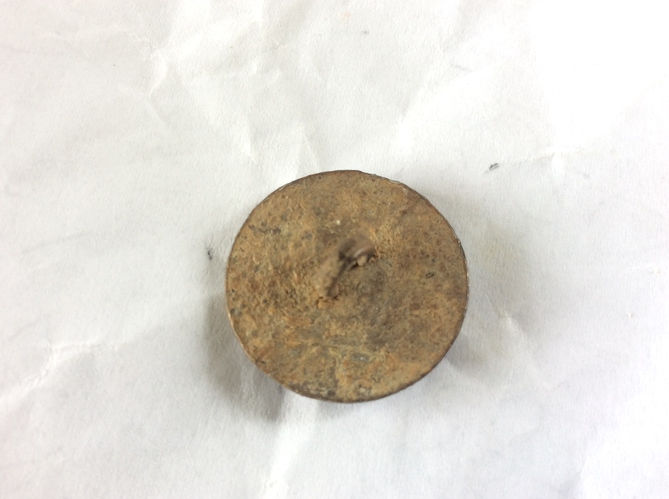 Liddybit the second post 1953. Will be military. Honi soit qui mal y pense means ‘Evil be to he who evil thinks’ or 'Shamed be he who thinks evil of it’
That’s as good as I can come up with at the moment due to copious quantities of Auckland whisky! HIC!

Yes interesting! I hope the head it ok this morning after all that whiskey lammerlaw!

Yes its OK but determined to finish the bottle before I leave here…hell I can’t leave a half full bottle for someone else to finish. Funny you should mention the whiskey though as I just had about a seven ounce glass full before flying back to Auckland.

Not police, I used to have an old police uniform coat, until a police man stole it off me, the bottons on that were embossed with a over lapping nzp symbol with the laurels around the outside edge and the button was black.

It is likely just a regular blazer button imitation.

It is a regular military uniform button…no second choice because that is exactly what it is.

Sweet thanks for the info it’s strange I can’t find anything about it! Have you finished that bottle of whiskey yet?

All gone tonight when I go to socialize with friends…unless I drop dead or die in the saddle between now and then.

Perhaps you would take a look at this similar button Lammerlaw.
Need to scroll down to the 2nd from the bottom. 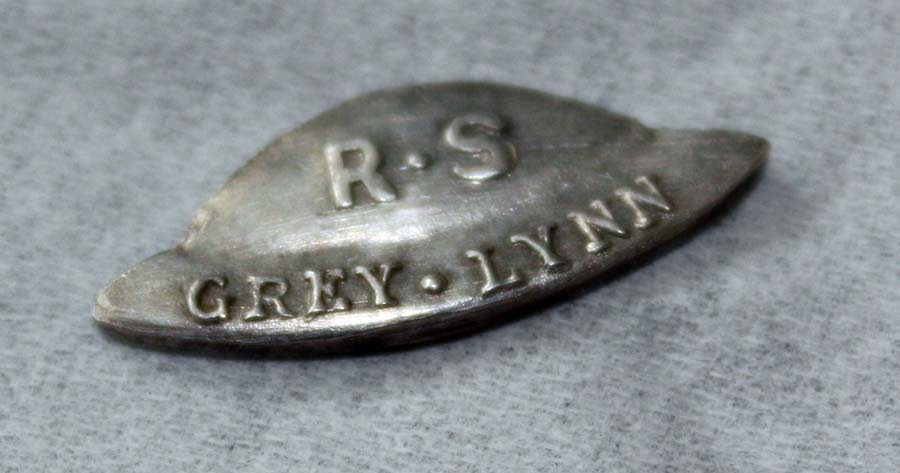 I note that the person describing the button says Royal Engineers and some RE uniforms in modern times may have had these buttons but I do not know for sure. His description also states that he thinks that it is WWII I would say to look closely…does it not say R II E
That would mean Elizabeth Regina II SO Queen Liddybit DA second!

“Honi soit qui mal y pense” are French words that you’ll find on Britain’s royal coat of arms, on the cover of British passports, in British courtrooms and elsewhere of note. But why does this Middle French expression appear in weighty official uses in Britain?
Origins of ‘Honi Soit Qui Mal Y Pense’

These words were apparently first uttered by England’s King Edward III in the 14th century. At that time, he reigned over a part of France, and the language spoken at the English court, among the aristocracy and clergy, and in courts of law was Norman French, as it had been since the time of William the Conqueror of Normandy, starting in 1066.