been thinking of carbine rounds after last post about cartridge rounds 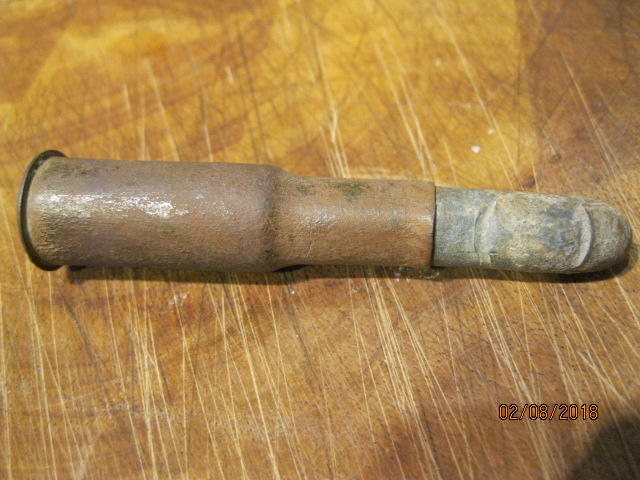 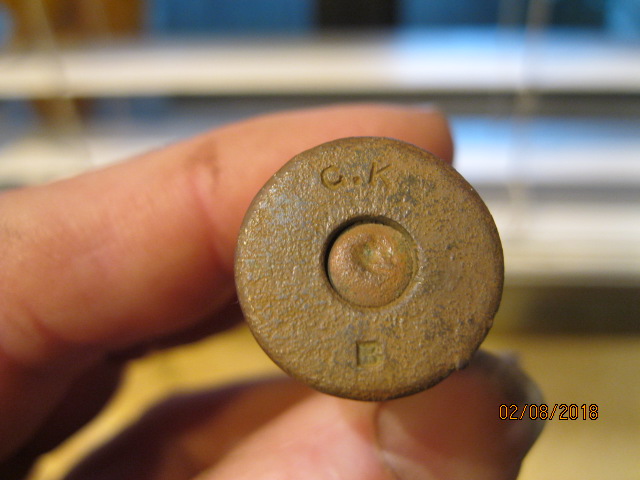 itworth round for sale on ebay,apparently a marksmans round for the confederates in the us civil war.only 200 whitworth rifles were purchased by the south witch makes them a rare round and worth a bit,so maybe we can all learn something.ofcourse lammerlaw is the man,does this round look right for this projectile,fits like a glove,what do you think lammerlaw is it a whitworth cartridge looks snider like 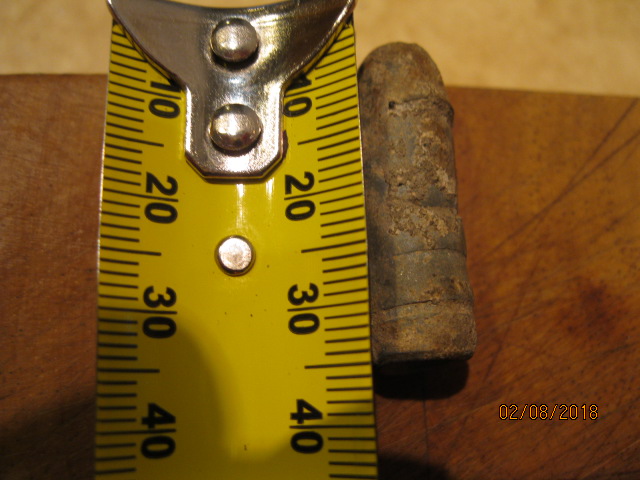 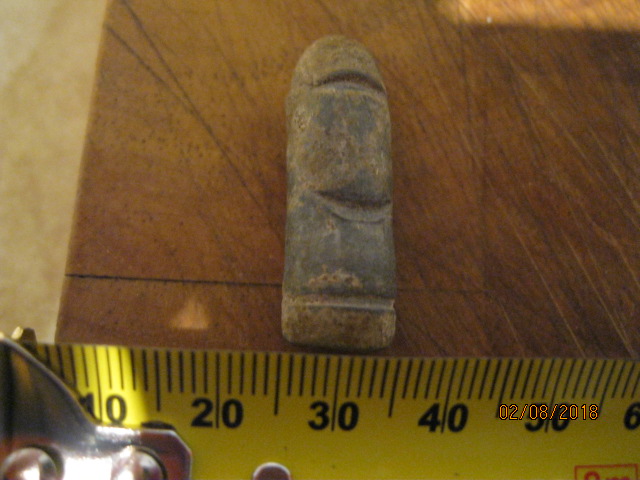 The projectile could be for something around the .45 Cal but the case is not Civil War. It is much more modern. Civil War cartridges were rimfire…such as the .56-52 and so on. It most likely may be a martini Henry as the letters GKB can be a code for George Kynock Birmingham. If so then it will be .450/577 and indeed I am 99 percent certain of that. If the projectile is 32mm long or extremely close to it then it could well be a .450/577 martini Henry projectile as well though from memory the early Martini Henry rounds had two grease grooves.

The GKB headstamp may have been 1884? at earliest through to 1896 when it just became K for Kynoch.

Your case is drawn brass.

thanks lammerlaw i must get to know these rounds better.

That particular one I have not actually seen in New Zealand so very scarce here with that particular head stamp. Ironically enough when it was made they were still making the same cartridges out of brass foil which I am assuming was cheaper but every bit as effective - beside I guess that if the Zulus didnt know what they were being shot with then dead is dead and that was all that mattered. I suspect that your case was one of the very very first brass foil cases. Now it is possible that i am wrong but as I said 99 percent certain that I am right.

what year would you say lammerlaw its amazing what ended up here in ch/ch maybe the volunteer forces had to provide there own weapons maybe there was a special on them rarities,lol

I would say second half 1880s through to the late 1890s as the GKB headstamp was not used after 1896. Of course that does not mean that the cartridge itself was used then…it may have been used many years later after all I am still firing…and misfiring 1890s foil cased Martini Henry to this day and it is not unusual for me to fire off ammunition made in the later 19th Century - Eley 25 black powder rimfire BBs etc - In fact the other day I fired an entire tin of 100. On my property there are .303 shells lying about with WWI dates on them that I shot off. What I am getting at here is that there is no way of telling when it was actually fired. There will be hints though - how corroded it is compared with other brass items from the near vicinity, the history of the area - known rifle ranges, that era when it would have been safe or legal to fire such a cartridge off in the area and so on.
The volunteer forces had issue weapons and the Government of the time brought out a lot of Sniders and then Martini henry rifles and during the Maori Wars Colt and Adams revolvers, Tranter revolvers, Calisher and Terry carbines and so on. The Otago Police were even issued with a surprising number of IVORY handled Colt Navy revolvers - until recently thought to be 1851 Navy revolvers but recent evidence points to them probably being 1861 Navy revolvers PLUS a substantial number of Colt Revolving Carbines - which were diabolical things to fire…even if they were good looking! Now as for private purchase of guns and ammunition - yes some officers did indeed make private purchases, right up to and including the First World War.
Your cartridge though may have been from the volunteer forces issue ammunition or could have been private purchase BUT I honestly have no idea. I am guessing that probably ammunition was purchased for Volunteer use and issued accordingly rather than private purchase - the reason I say this is because at the time this ammunition was being used not many private citizens would have had Martini Henry rifles as they were still in official use. The first Bolt action .303 rifles to come into general use would have been the Lee Metford (MLM) MkI which was issued in 1889 followed by the MLM MkI* The Lee Metfords would have started to replace the Martini Henry rifles in the 1890s and the GKB headstamp ceased to be used at that time when the Martini was giving away to the MLM .303 and the Martinis were beginning to come onto the open market…so in truth I do not know if that headstamp ammunition was Military issued in NZ or imported by Tisdals or similar for sale to those who were beginning to purchase the first Martinis being released into private hands…Its only a guess but I will see what else I can find out.

great reading lammerlaw,its a glance back in time and i one day when you are in ch/ch i will take you where i found them all and others… you will be amazed…

That would be great…I would like that. Hmm do a little research in your local archives to see what the landscape was like where you are finding them. We’re there houses near by? We’re there any Military exercises held nearby pre Boer War and maybe up to WWI? We’re there any rifle ranges nearby? Military/Volunteer era ones or private ones? All these can give you hints.

There were two lever lengths - long and short - the short was the standard length and the long lever was for use in places like Afganistan and the Kyber Pass where wind blown sand could get into the action and the longer lever was required to give more leverage to open it - regardless of whether there was a cartridge in it or not.

The coiled brass cases are not all that difficult to extract as the brass foil is thin and extracts relatively easy. I am still shooting brass foil cartridges and have never had any difficulty with extraction - only a few failing to go off due to age and having got damp.

Without holding them in my hand I would also never state categorically and definitively that it IS a .450/577 Martini Henry as I have cartridges here that look suspiciously like Martini Henry but are not. To determine what they are you need to measure them and that is why I said that I am 99 percent certain that Roys cartridge case is one - just that tiny element of doubt. 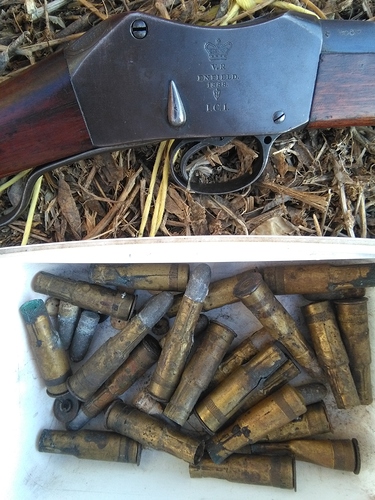 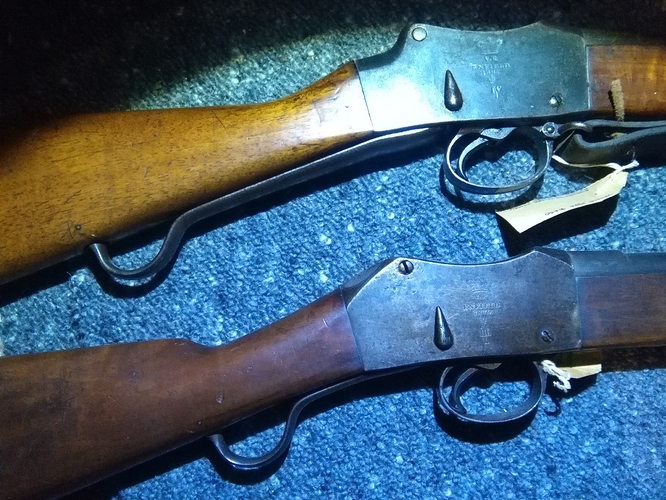