Hi there,
I was looking at the geology maps of NZ and it seems that there are a lot of similarities between gold rich Coromandel and Akaroa.
I can’t find any history of gold mining/prospecting in Akaroa though, which seems hard to believe.
Anyone ever heard good things gold wise around Akaroa?

I’d love it if there was! Closest I’ve heard is Birdlings Flat was worked for a while but didn’t have great returns.

The reason it may look the same is because it’s volcanic. The only way to know is to go find out yourself. The problem is that gold associated with volcanism is usually microscopic. So your looking for hard rock gold. May or may not be pannable.
If you go for a look. Look for any rock that is very rusty. Quartz is also good but not always. Fool’s gold and other sulfide related minerals are also a good sign. But really rusty rocks. And don’t get fooled by the rusty colored stuff growing on the rocks. Crack them open and make sure it’s rusty. But my guess is, if there is anything, its not worth the effort. Unless you find a vien of gold. In that case. Don’t tell anyone. They don’t run very long in NZ and may only be a meter long. Dig it all out. Then go to the pub.

Appreciate the insight guys. Imagine some prospecting has already been done in Akaroa but I couldn’t find any records of it on the government websites. Just got me curious as I’m thinking about buying some property out that way…if it had a bit of gold on it as well it would be a bonus, just as a fun hobby.
If anyone else knows what to look for in this type of volcanic ground In Akaroa please continue to share!

On another note…anybody think this would still bear good metal out on the west coast? 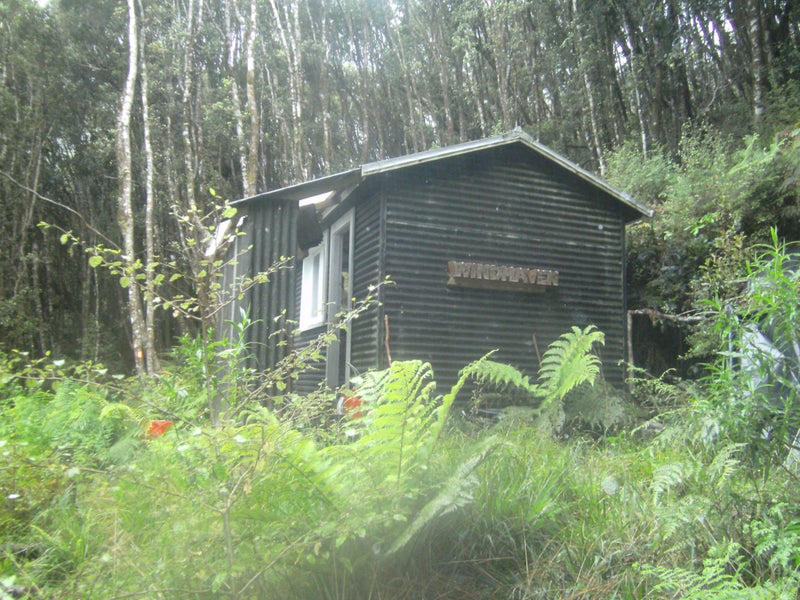 This large 202ha (500 acres), roughly rectangular parcel of land is on the southern slopes of Mount Rangitoto, Westland. There is heavy forest cover of Podocar...

The mine was for sale last year. May still be. But good luck getting permits to do much more then crush rocks with a hammer. I think it was silver they mined. Doing good right now but $25/ozusa means your arms will fall off before you retire. Haha

Really? Would think permits would be easy to get out on the west coast given the rich mining history and need for jobs these days?
Access seems like the biggest problem in this case.
What’s the cheapest bridge you can build? Agent there used to be a logging bridge but was removed awhile ago. Haha

They aren’t asking much. If silver price blows up like I think it will, could be a bargain.
But I’m just a rookie with dreams and admit I know nothing!

If you have a spare million or 2 to spend it might be a good place. The problem with hard rock is you need to get the metals out of it. Which usually means a cyanide leach. Gold extraction refers to the processes required to extract gold from its ores. This may require a combination of comminution, mineral processing, hydrometallurgical, and pyrometallurgical processes to be performed on the ore. Gold mining from alluvium ores was once achieved by techniques associated with placer mining such as simple gold panning and sluicing, resulting in direct recovery of small gold nuggets and flakes. Placer mining techniques since the mid to late 20th century have generally ...

Dreams are free mate. But hard work is the only way to make money mining. If it was easy, everyone would be doing. I have a dozen people you can ask about what they saw on TV and the reality of how hard you need to work to make money. Not saying you shouldnt try. But you can only make money with spending money. And to hard rock mine you will be spending lots of money to make money. Dredging is cheaper. It only cost $28,000 To buy a cheap claim. $13,500 for a 5 inch dredge. And another $3000+/- a year for government hookers. I mean fees. And that’s not including fuel, wetsuits, gloves, mask, boots, broken parts, and hookers. Add some blow/cocaine so you can do long hours. And your costs might double.

Your better off looking at cheap land on the west coast and sinking a shaft and hoping you can hit some good gold before your 100m down. Then you only need a windlass, couple buckets, pick and shove, and a few other things. No sandflies underground. Haha

I do remember reading somewhere that there were trace amounts of gold found on the Akaroa pennisula, hard rock, wasn’t even near economic. Can’t remember where I read it though, probably in all the old reports online somewhere.

Wasn’t there land in Charleston I think amongst a goldfield they were trying to sell off cheap,cause council didn’t know who it belonged to about 6 months back

Thanks GoldStamp.
Where do you go to find claims for sale? Can’t seem to find when searching online. What’s the best way to go about knowing if a claim has already been worked significantly and if it’s even worth the money being asked? Is their public information on the history of the claims, how much gold has already been extracted, etc?

In terms of hard rock mining these guys sell a smallish turn key system which you can tow each machine into place.
Couldn’t someone start small with something like this and expand if you find success?

Our turn-key ore processor is an easily run and easily maintained gravity concentration plants: simple, proven mechanics with no computers or electronics.

Trademe has a few claims for sale. As for historical info and to find out if the claim is worth the asking price. Paperspast is a good place to look for historical data. You may have to spend weeks searching, but it will be worth it. After that you have to go test the ground yourself. Almost any claim in NZ has been worked in the past. It’s up to you to make a decision on if it’s worth the asking price. As with any investment. It takes time to maķe your money back and start turning a profit. You are the only 1 who can decide if it’s a good investment or not. The problem with gold and dreamers is. Dreamers seem to think they will turn over a rock and become rich. It is possible. But usually it takes a lot of hard work. 10% return is a very good investment. So start with that when doing your calculations.

You will need to make 1oz just to cover your yearly permit costs. Doc, nzpam, insurance.
You will not be able to dredge 5 days a week 52 weeks a year. For me. I dredge for 3 months. Do about 130 motor hours and get 7oz. So its a pretty good wage to hours worked ratio. But I still need a second job. I’m to much of a pussy to dredge in the cold. Haha

Other factors are. Who you sell your gold to. Some buyers pay only 80% of spot price. NZ gold is 92-98% pure. So your getting taken for a lot if you sell to them.
Farmers access fees.
Fuel costs and motor size.
If the river can be only dredged in winter/summer. Or all season.
Fine gold or chunky. Fines add another hour a day to process.
And finally. How fucked the world is and the price of gold. Don’t do your calculations on todays price. Low ball it. $1200oz/US is the break even bench mark for large mines. Anything under that and they will shut down. You have to be making money. Not just covering your costs.

Appreciate the insight GoldStamp.
Seems like you’d have to know what you are doing before you can buy a claim then.
Is there anyone doing a gold mining/dredging educational type of course for beginners? I suppose just offering free assistance to an experienced miner/dredger might be the best way to go about learning?

One question- do rivers replenish with gold over a certain amount of time? I.e. if a claim/stretch of river hadn’t been worked in 10 years would it be likely that there would be fresh gold deposits after that amount of time (assuming it was a gold rich river in the first place) or would you be talking a much longer time period?

What is your experience with mining?

If you ask real nice. Don’t expect any gold. And are willing to work you ass off for an experience of a lifetime. You might find someone willing to let you learn, and dredge with them. The time it takes to teach someone cost me money in lost gold due to the fact you can’t dredge as quick as someone with even a months experience.
I did offer a few times but it mostly turned into more of a headache for me then it was worth. My claim is remote and you need to have a whole week to make it worth it. Ask Mal or Tindish. Almost cost them their marrages. Haha
It was easier to find backpackers who wanted to come trap possums and only expect an adventure and trade the fur for some nice socks in hoki.

The river will replenish. But not in 10 years. 100 years and you could probably make money again. But gold is gold and you only find it where it is. Only luck helps.

I have done 15 years of mineral exploration and 7 years of gold mining and dredging. Both in NZ and Canada. NZ is pretty straight forward with the mining permits. But I would hire someone to do your application. Reason being is they take months to get back to you. And each mistake you make turns into months and months of bullshit. Its easier to pay someone if you ask me.