Advice for a new detector

Hi all, need some advice on getting a new detector. I had an AT gold, however it went walk about not so long ago. I was thinking about replacing it with the AT max. I’m not all that familiar with other machines. Has anyone got any feedback on the AT max or any recommendations on other similar machines?

What type of detecting are you likely to do Jason? For example do you want a Gold machine or one that does more?

I have been thinking about one that does more. Don’t realy get out to place where gold would be the main target. Would prefer one that is waterproof.

Just took delivery of Equinox 800. Same as you new to this, lots of research. 800 a good all rounder

Sounds like you need a Minelab Equinox 800.
Waterproof with four modes as standard. Park - Field - Beach and Gold.

Happy to answer any questions about the different models.

Thanks, it looks pretty good.

How does it go for depth compared to other models?

Here is a clip from you tube can’t wait to have the money to buy one.

I have sold quite a few of them and everyone seems to be pretty happy with their performance so far. 800 owners might like to comment here but my guess on depth Jason would be 25cm plus.

Hi there JasonD. The EQ 800 is the best do it all & do it all very well detector on the market. The 800 has 2 gold prospecting modes which you can chose from running in 20 khz, 40 khz or the New Multi IQ which is running 20 & 40 khz simultaneously. For coin & relic detecting it has 2 field modes, 2 park modes & 2 beach modes which run in 5, 10, or 15 khz. Or again in Multi IQ you can run all three frequencies simultaneously. I can tell you that some voodoo magic stuff happens in the Gold Modes when using Multi IQ.
The EQ 600 is more your coin & relic detector only. It is slightly cheaper but does not have the gold prospecting modes or the 20 & 40 khz frequencies. They are the latest & have the newest VLF technology out there & have set a new benchmark for VLF detector competitors. They are waterproof to 3 meters, have an in built speaker as well as wireless headphones with the option of plugging a lead into them & into the detector. Runs VDI numbers for target ID. Comes standard with an open web design DD 11" coil. Minelab have just released a new 6" coil for it which will be much more suitable for gold detecting. I have my one on its way to me. The 11" open web coil lent itself to getting caught up & snagged on rocks, grasses & sticks when out in the goldfields. You were also limited to where you could poke & prod it. The 6" will be more sensitive & better at getting into tight places where gold likes to hide. For the price & all the features it has it is a real bang for the buck detector. The 800 gives you the very best of both worlds of detecting & does it all very well.
For more info on it do a google search. If you think you would enjoy a detector that gives you both coin & relic detecting & gold detecting then the Equinox 800 by Minelab is a no brainer. It has taken the world by storm.
Danidor has them on trademe but if you deal with him direct you will get it cheaper.

Good luck out there. 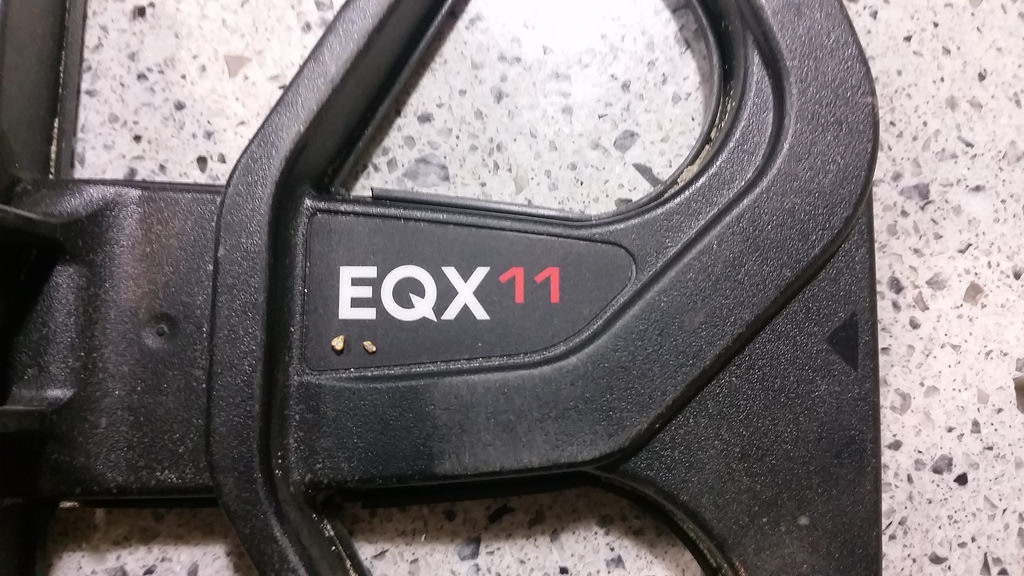 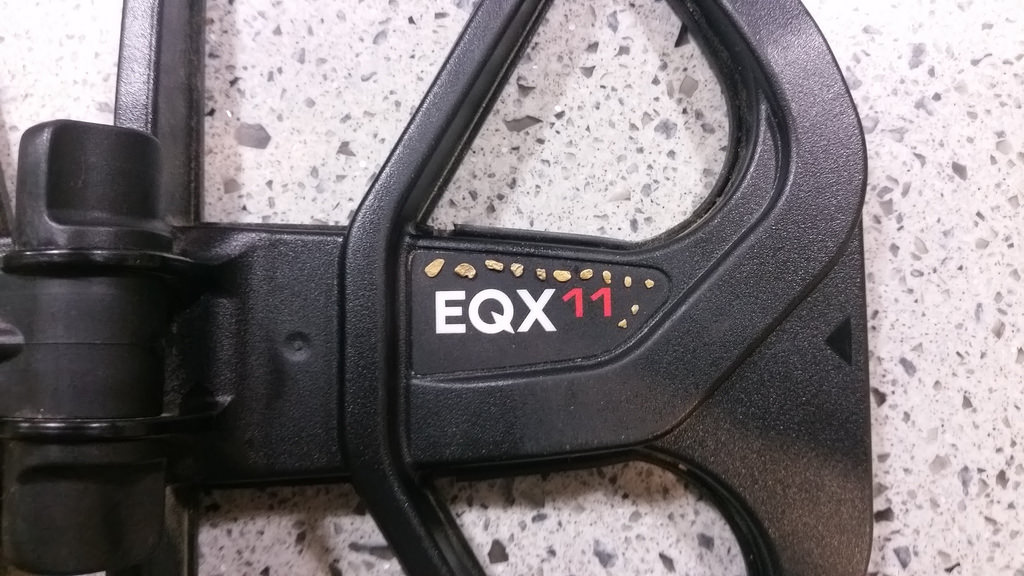 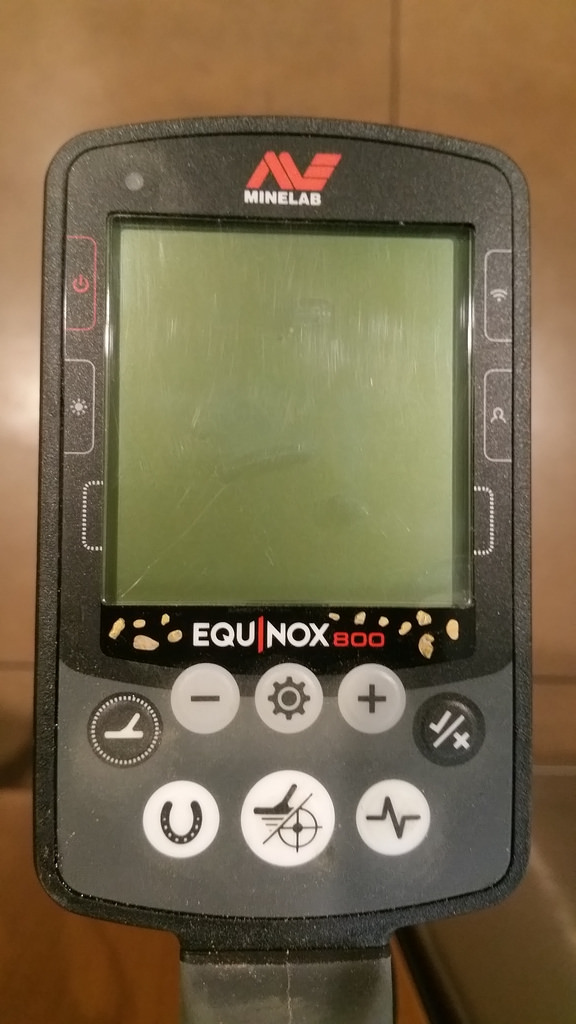 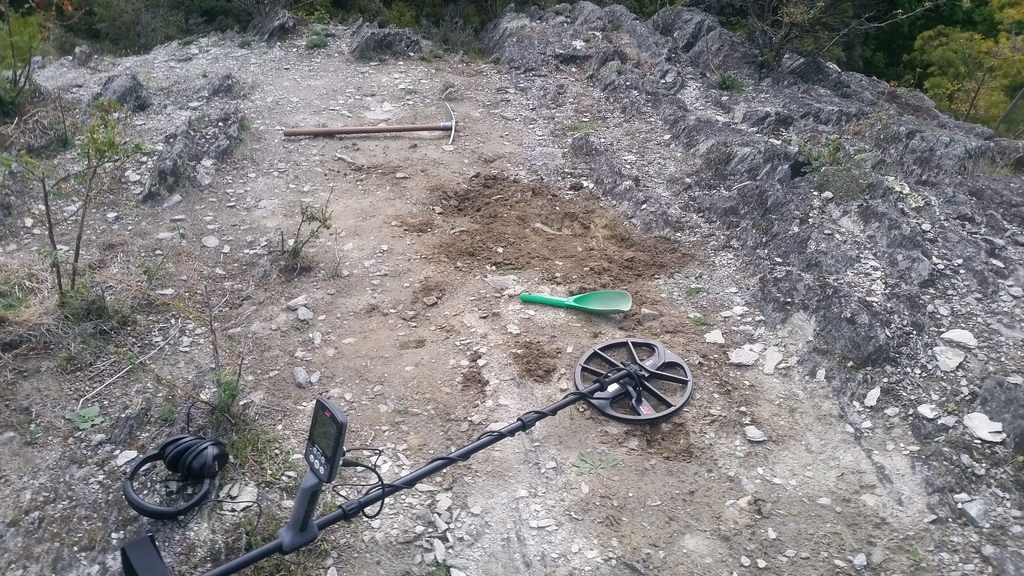 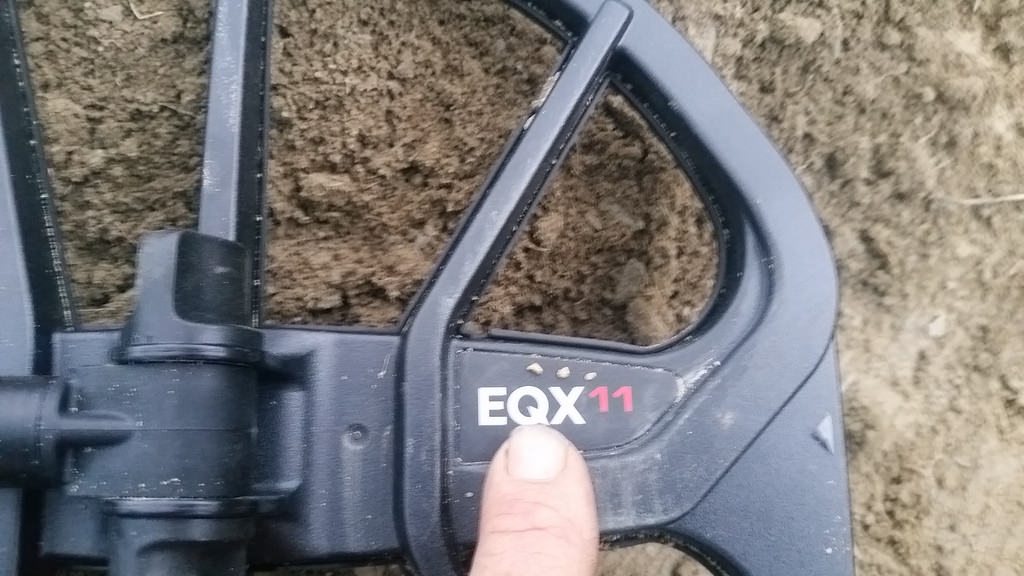 But then so does the Gold monster. 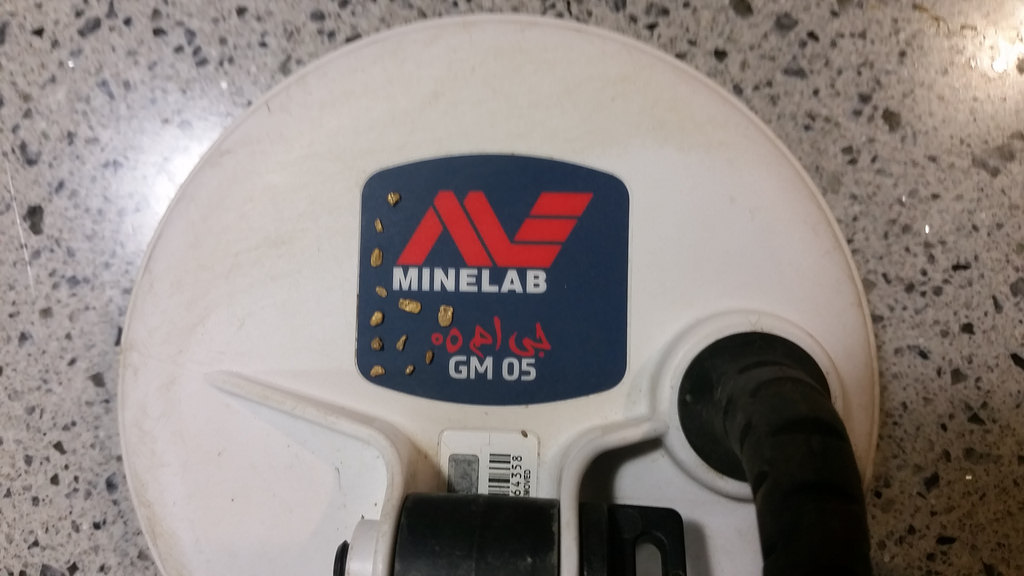 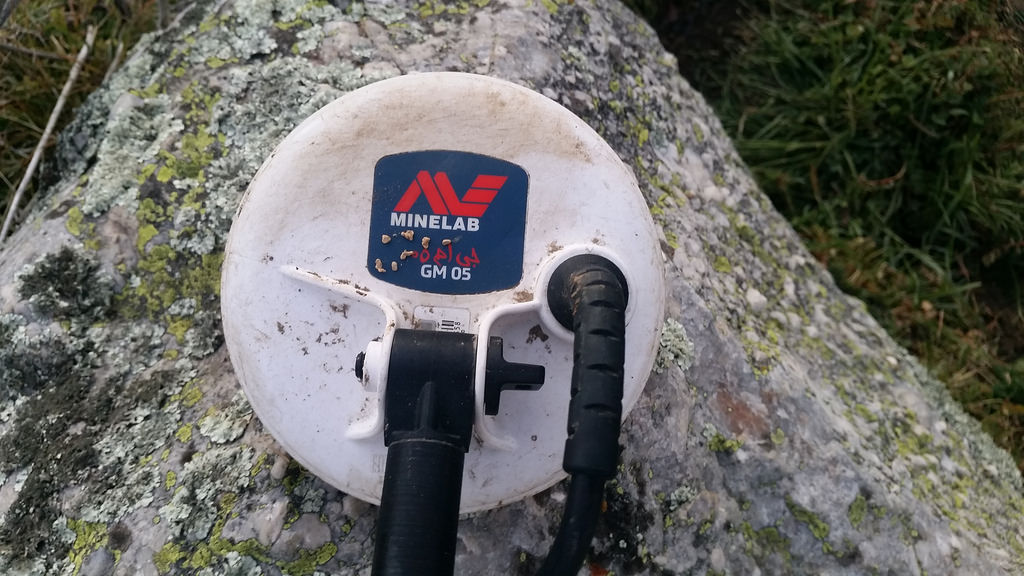 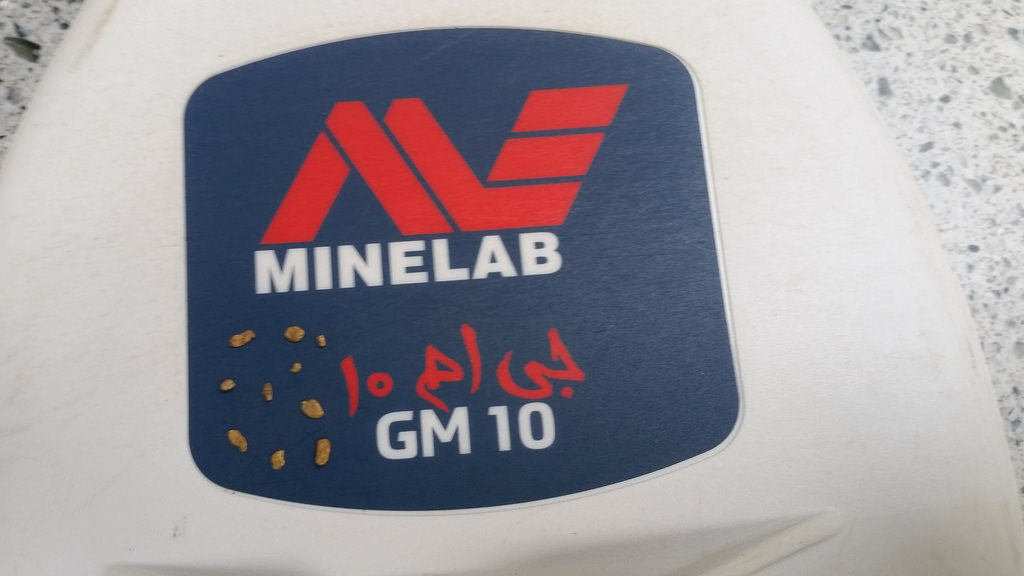 Three of the best 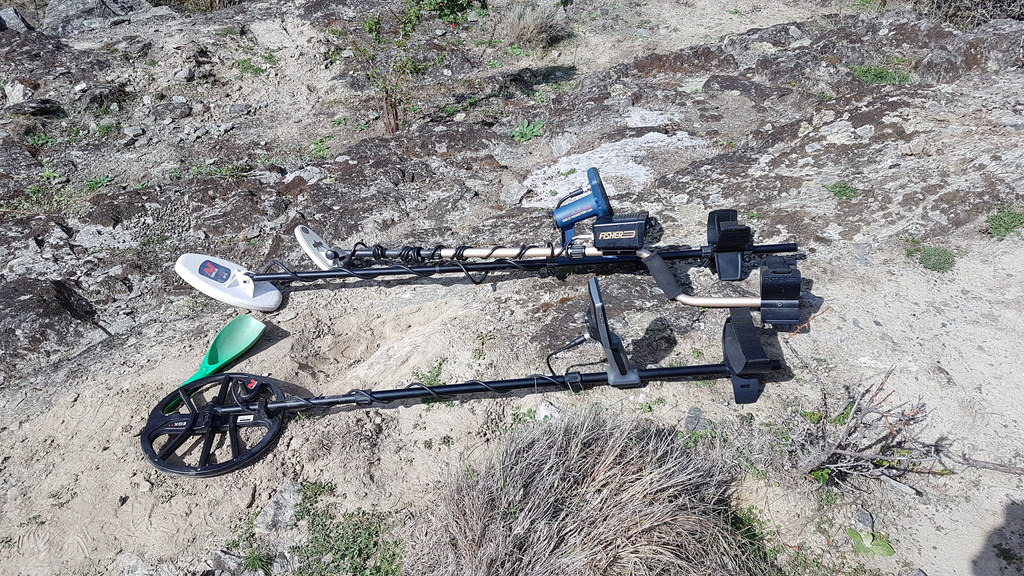 Good to see you posting a lot more here JW, Follow your adventures over on Detector Prospector. Frig man, you must have more Detectors than Steve Hersbach. And as payback your Missus must have the greatest shoe collection in the South Island lol.

Thanks guys for the advice. It seems pretty unanimous.

Hi there kiwigold, Thank you. Thought I would try to spark some interest in gold detecting here in NZ & hopefully get a few others out there to cough up some of their hunts, adventures & finds & encourage others to get out there & give it a go. I cant believe the lack of others not posting them on Paydirt. I know that there is a bit of a secret squirrel society out there when it comes to gold…but…Which is why I drifted to overseas forums where there is a lot more activity on gold detecting.
Ha ha…I think Steve H has whittled down his detector arsenal to just the Equinox 800 & the mighty GPZ 7000. Even getting rid of his Gold Monster. I just cant part with my collection. The only one I have sold was my GP 3000. The high frequency VLF’s are a load of fun…but the gold is so small. The Zed is a killer machine & still blows me away. As you would have seen on Steve’s forum.
Mrs JW is very down to earth & she isn’t a shopper. Her shoe collection is very modest.

She actually quite enjoys coming out on detecting missions. We have seen some amazing country. I have just done an Electric motor conversion to my mountain bike so I can access further afield & back in a day that I can on foot when roaming the hill back country. 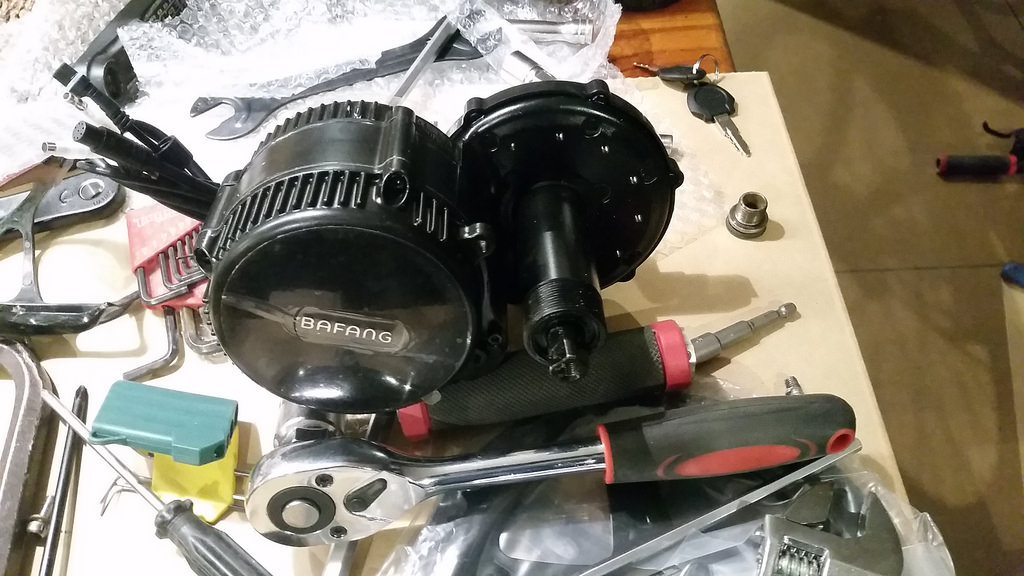 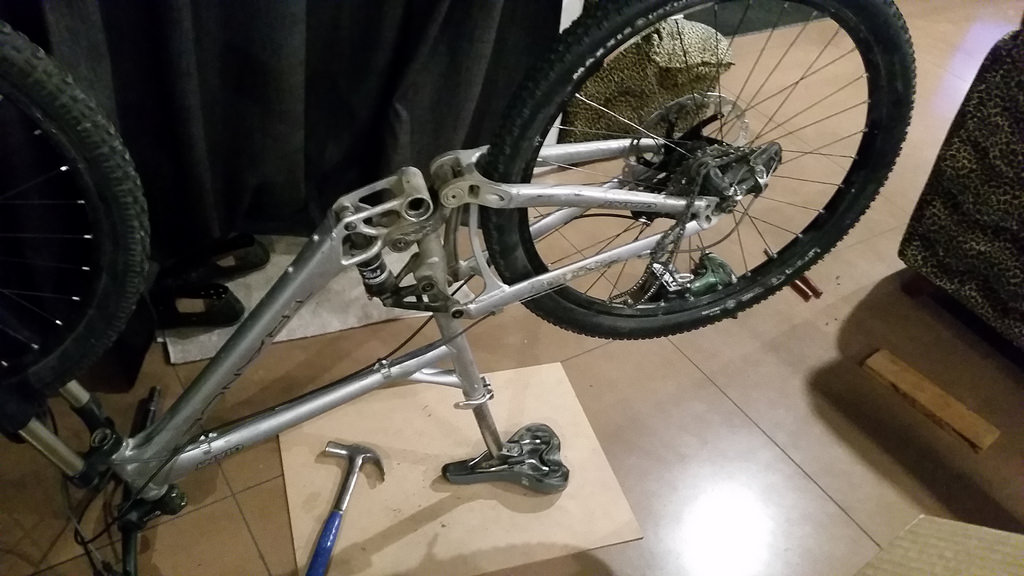 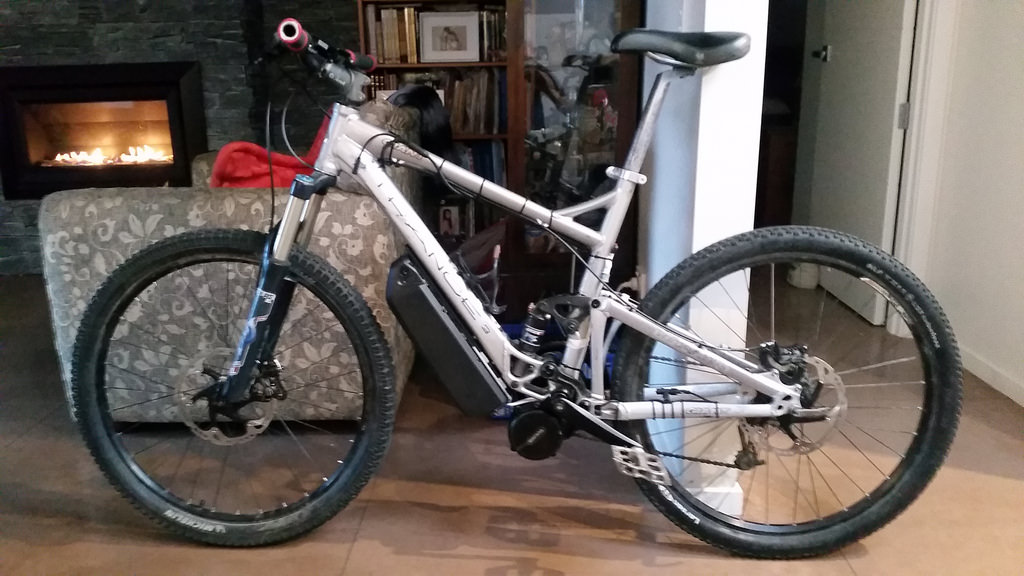 Thanks for your comment. Nice to hear from you. Cheers

That’s not a bad idea! Just need some racks on the sides for you quiver of detectors

This post has really got me thinking on what is a worthwhile detector, is it really one that finds those tiny bits of gold at 0.3 metres deep when you consider all the time and effort going in to finding them, or you better off having a detector that just finds quarter oz nuggets at 0,3m deep and doesnt find the small bits, so you simply sweeping until a desent size one shows up, making the time and effort more worth while.

Hi Dave. It really depends on why you are detecting for gold in the first place. I just enjoy getting out there in the big wide open & for many reasons. Not just chasing gold. I personally don’t dwell on finding gold & I certainly aren’t doing it to make my living off. In NZ you would have a very meager existence & would be living on the poverty line…if even that. We just don’t have that bigger gold, even at depth, consistently enough to live off. Once it is found & gone…it is gone. There is a lot more small/tiny gold but of course the weight just doesn’t add up to making a living off. But it is still fun to find & where the high frequency VLF’s excel. The Zed, while it doesn’t quite get that really tiny fly poop gold it does an amazing job at getting small gold at depths that still blow me away . Here is a piece I got last Sunday & I swore it was going to be a reasonable size bit for the depth of the dig that it came out of. 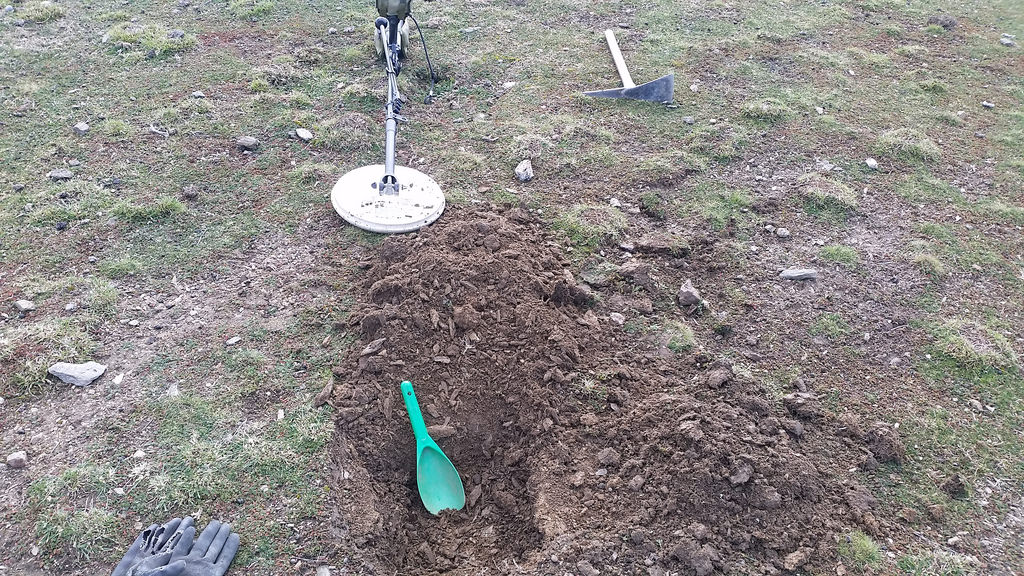 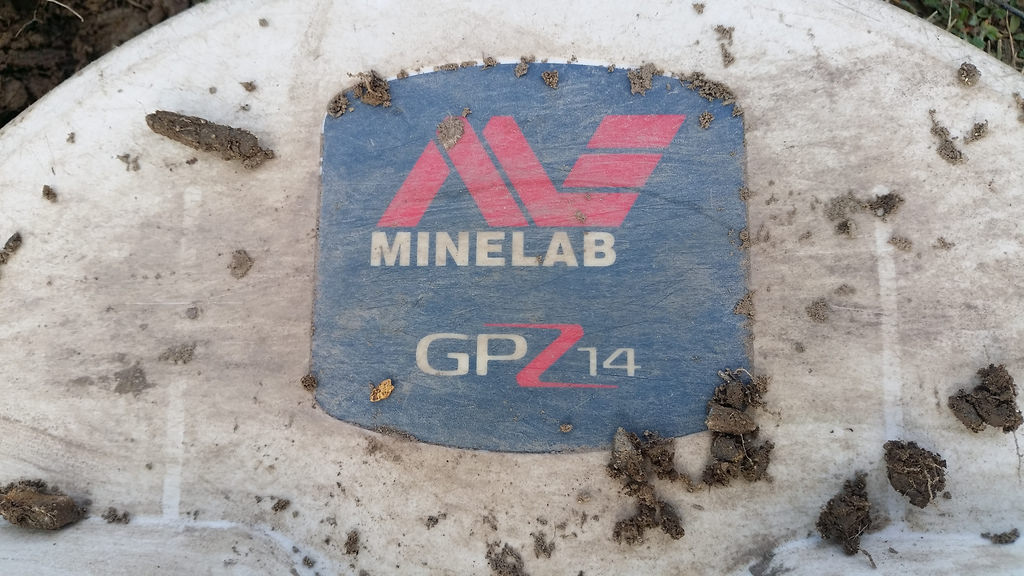 Deciding on what detector or detectors you get depends on how serious you are going to be on detecting for gold & how often you are going to go out there looking for it. If you are serious, or even semi serious, then you need to get the best that is out there. Without a doubt they are the Minelab detectors & nothing short of having one of the latest GPX’s, either the 4500 or the 5000 pulse induction machines & a selection of coils to go with it. The Minelab GPZ 7000 is the best of the best but has a price tag that will soon sort out who is serious. Its only down fall is that the 14" coil is the smallest coil for it. I kept my 4500’s because I knew there were places where there is gold that I just cant swing that Zed’s 14" coil. Truth is though, I have never picked up the 4500 since getting the Zed. It is a beast. The serious serious will also have a high frequency VLF detector. The market has been a bit saturated in the last couple of years with these type detectors & there are a few makes & models that are splitting hairs in there performances. Whites have just released an updated GMT called the GMT 24K. But due to a bit of a market overload on these high frequency type detectors, it hasn’t made a ripple out there. The only people pushing its praises are the dealers. No surprises there though. It is the general public that give the honest opinions.
The detector to watch out for in the VLF’s is the Minelab Equinox 800. Especially now the 6" coil is out. My 6" coil is due early next week. There is a bigger coil due to come out, I think a 14x12. Which will be interesting too.

I think you missed my point. There is more than likely still a lot of 1/2 oz nuggets out there, but with picking up the small gold and digging holes, time wise your not covering as much ground. Example, Railton used to find lots of gold with, I think a 2200, he never moved up to 3000, 3500 etc as they came on line and was still finding good gold right up to when he left this mortal coil, so the point I’m thinking about is do you just research and go more remote for the bigger stuff or be content with digging for small but deep stuff close by.

Frig Golden One. Quarter ounce to half ounce nuggets are a bit of a rarity in New Zealand. In my days of detecting the best I ever manged was about a three grammer. And that was up a creek renowned for its so called coarse gold. In my dredging days I recovered over 200 ozs.and the biggest bit I ever got there was 5 dwt (quarter ounce). We are about 150 years to late. And in those early days there was no dole. It was live on what you find. Early goldminers were not known for being portly or overweight. Basically all that is left for us is the scrapes…Very occasionally a dredger might stumble onto a virgin patch, but those are few and far between. And that has to be a waterway that wasn’t capable of being diverted in one of the many ways that were used. Or one that could support a bucket dredge. The majority of the creeks in the Reefton area were turned over three to four times, because they were smaller. I guess the same occurred in Central Otago. By all means if you want to give it a go. Get a machine that will only pick up big stuff, and wander around for days or months without a bleep. And of course if there is any big gold left and you happen to stumble upon it, its likely to be deep and only give a minuscule signal, that under your protocol is not worthy of digging anyway. JW is onto it, go for the small stuff and one day if you are really lucky a big brother might be sitting close by or next to it. Finding the small bits is knowledge, research and experience based. And JW is an expert at that. We all live in hope, and that is a wonderful thing. The greatest thing in chasing gold is not to have high expectations as you will be severely disappointed.

As much as I would love to get a pice of that big gold from those old days. I would get more than enough enjoyment digging a multitude of holes for the small stuff than the once in a blue moon pice with nothing much in between. If I ever get a chance to get down south anyway.