These area few things that worked well for me–I don’t expect them to apply everywhere. This is a machine that because of it’s complex signal and processing does not like viscosity–fast water or black sand. The answer is coil control and tuning. I set the sens in open screen in the worst interference zone–the wave break, or on an incline to deeper water. I test with a slightly fast sweep speed–that way there’s less chasing down of partials. I stay away from Auto–based upon some testing that “JohhnyAngelo” did showing that “22” manual is optimum although “20” or with the 17"-- “19” are more typical. Having set the sens in open screen, where there is really bad ground I go to a second screen that has some rejection–like Jays gold or the box that Andy uses for his gold prog. Jays pattern makes a great screener although nearby iron or the depth of a response may make a good target sound off weakly. Going between open and closed screen will give a lot of information about a response too. I also like Evan’s method of going between combined and 50TC to get an idea of how consistent a response is. As a search mode, these screeners require an even slower sweep speed. The “Previous Mode” setting is handy in that it lets you test a second program alongside what you are running to compare–both depth and stabilty. I tested several this way. Andy’s gold was a bit deeper than my standard Jay’s open screen but the Pitch Hold changed a lot over non-signals at high sens settings. Drayon’s 4TC was a lively sounding program owing I guess to there being no low tones to process as with combined. However, it had to be run low to stop ground noises from continually coming in. I will say though that these “dud, dud dud” sound were not the same as the low conductor “hum” of a “12-01/2/3…” that could be a chain (or rotten glasses). I also tested some of the placer gold set ups I got from Steve Hershbach’s Detector Prospector site “Gold High Trash / Gold TTF/ Gold High Mineral” this way. These all high toned a lot although they may have been okay down at “19” sens or lower that wasn’t the level of sensitivity I wanted to run. I learned a ton of very effective stuff on this trip wish more had gone into the book although a second one is not out of the question.
cjc 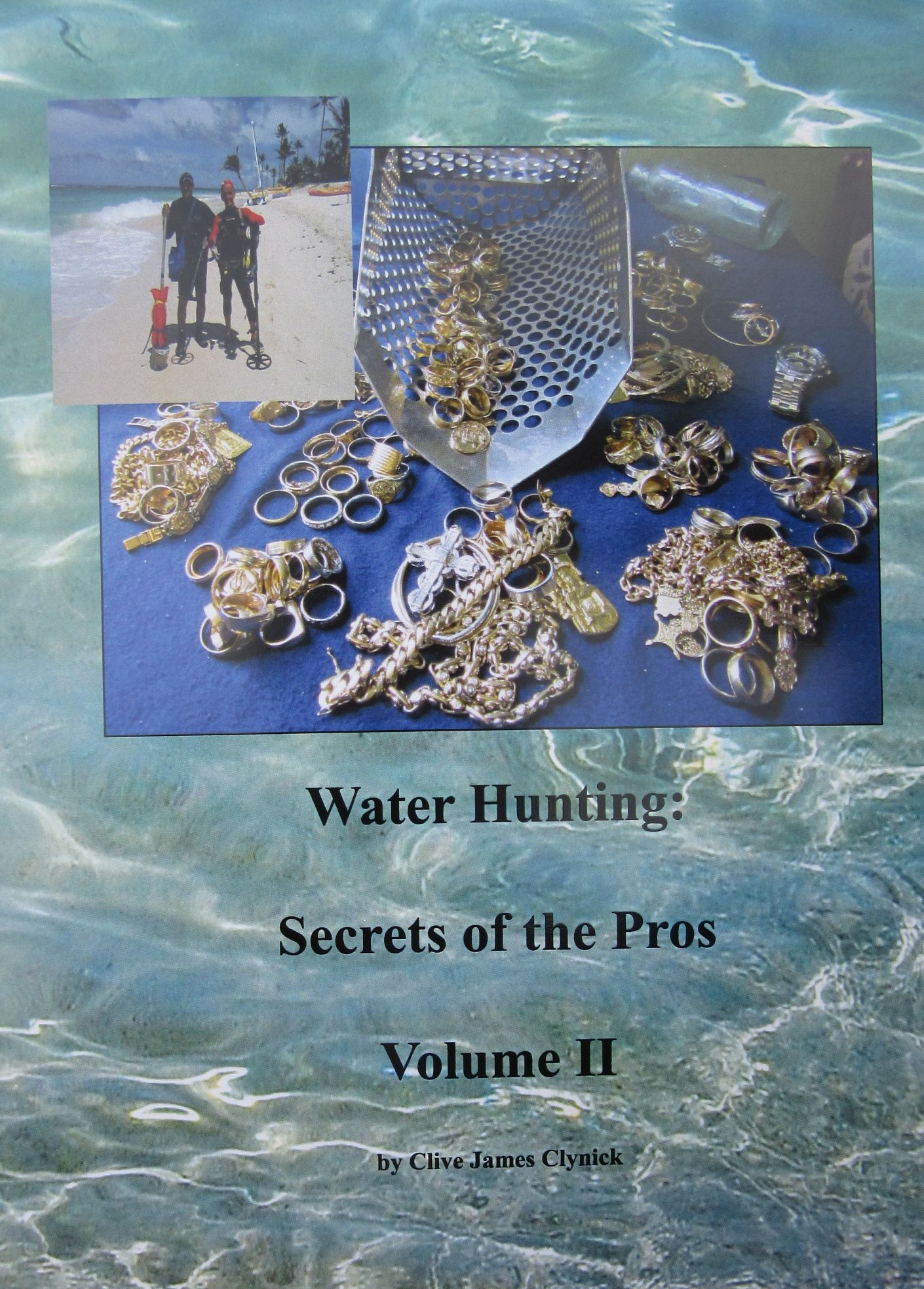 Clive James Clynick is the author of some 18 previous detecting books and numerous articles.  In this detailed and informative guide he shares tips, tricks and secrets of top hunters including Caribbean pro Roland “The King” Dalcourt.  Topics...

Good stuff mate. Thanks for sharing here. Seasons greetings to you and your family.
I enjoyed your CTX3030 book. Lots of good stuff in there indeed.

Glad you liked the book, Trev. Another thing to try so as to not have so many half signals sounding off in manual is to go one sens increment higher than you plan to run and do your noise cancel there. Great machine can’t help but learn something every time out. Be sure to try Jays gold in the open screen, (man. 20/21/22) then check your responses with the screener–great system got me 1.5 ozs last week in DR. Nice with the big coil too. Good Luck,
clive