A change of senery 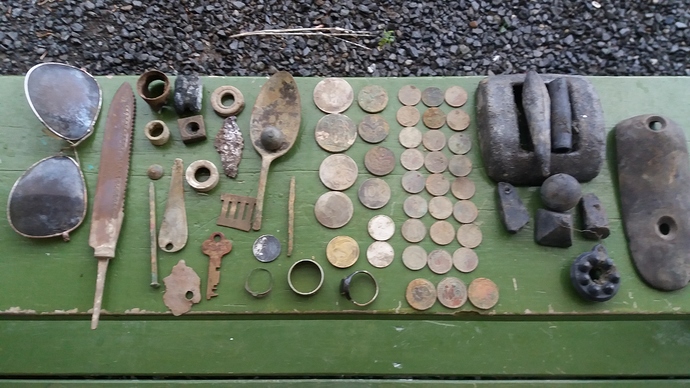 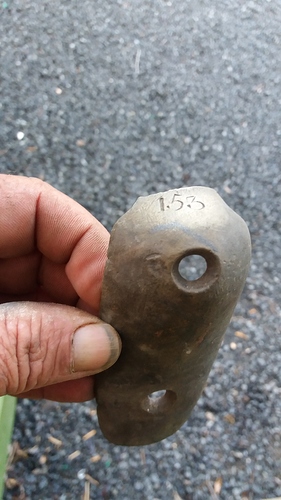 your pics not coming up for me chris will try later

Good amount of grey matter there.
I’ve not found a spikey sinker yet - but perhaps I haven’t hit deeper wharves yet.

Nice one on the rings.
That key is from a Post Office Box - current.

…Just looking at that knife tang, looks like would have been caseine or bone/antler handle - Any makers marks on the blade?

you think the brass end plate is off a riffle its old style numbers only reason i can think off being numbered is it was a communal gun maybe a volunteer type force,had to be signed for.

I just googled brass butt plate and came up with this page which probably answers your questions?
Love the old school font in the engraved number
Cool find.

Na mate not that I can see I’ve emailed the army museum to see if they can identify that butt plate I hit a small washout at the beach this morning 20 coins all within 10m2 ( old Dec,s) one florin …catch up soon

I think I commented on another thread that the Butt Plate was from a Long Tom .303 but I have to say “oops me bad” as it now appears not to be. A brass Long Tom Butt plate should have a Butt Trap which is a wee trap door to store an oil bottle and cleaning gear in and the profile might be slightly different but in your photo it is hard to tell its exact profile - can you put on a side photo and a straight up and down pne looking straight down on the back and the front - also give me its total length and the length between screw hole centres and I will tell you if it is a Snider one which I now think is possible.
At this point I amnow pretty certain that it predates the Long Tom and could even be from a Maori War era Enfield .577 Muzzle loader or a Snider.

Inother words it is better than I first thought

If it is from an Enfield muzzle loader or Snider then at the widest part near top it needs to be 1 13/16ths of an inch wide (46.5mm) and from top to bottom from five to five and one eight inches (129 to 130mm) long

The bolt holes are 3" centres 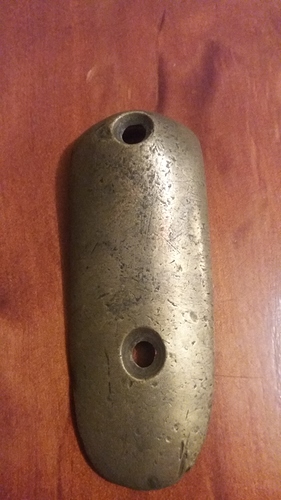 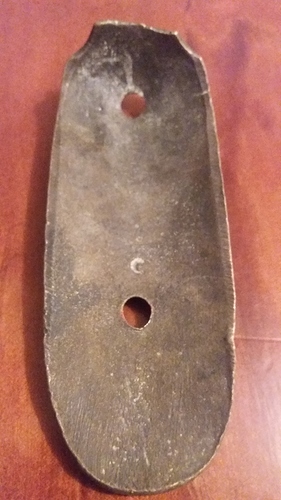 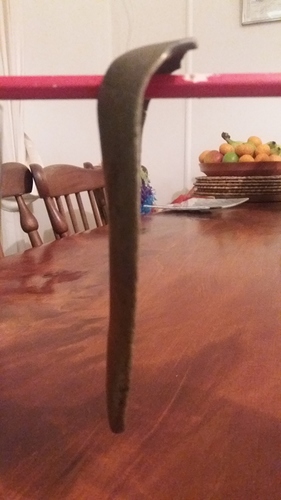 The brass Snider ones I have here are about 3 1/4 inches but that does not mean to say its not a Snider. The edges look a wee bit thin BUT the profile is nearly right except too rounded at the inner top. If I had to bet on it I would now almost say muzzle loader, pre Snider era and even Brown Bess era.

I think it might be from the musket that was used to fire the victory shot over a barrel of gunpowder on the Boyd and subsequently blew the ship up, shattering the gun and sending the Butt Plate high into the air to orbit the planet a few times before landing where you found it - wind direction, atmospheric conditions and the force of the explosion could well indicate that.

in any case it could be Maori War era - hey listen here - ya never sell treasure! and if it had been a Long Tom one then it was still good to have!

All good it was a joke I give most of that sort of finds to our local schools historic team.thanks for taking another look much appreciate